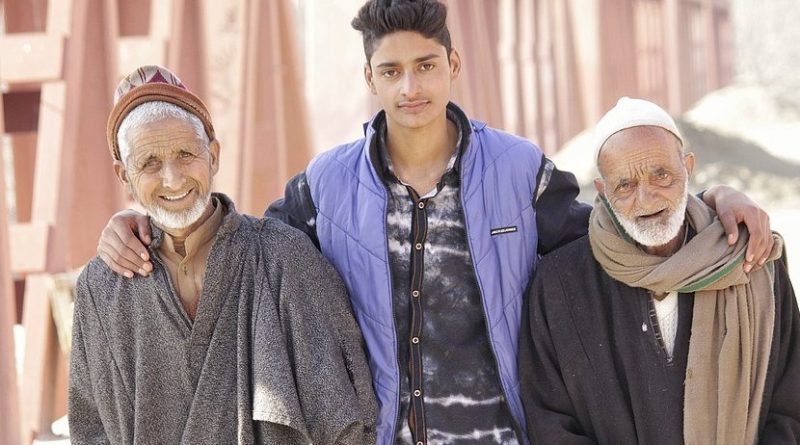 The turmoil in Kashmir which has various dimensions has been caused by a wide array of factors that are political to social and even religious in nature.

Underlining that the youth of Kashmir are feeling annoyed and exasperated with the system, which has many shortcomings that fuels the unending cycle of unemployment. This makes many feel that their aspirations are not being met and the fear of joining the swelling ranks of the ‘educated-unemployed’ looms large.

This situation requires to be remedied immediately and there is an urgent need to engage with the youth to wean them away from the desire to take the path of self destruction. There is a need to look more deeply into the reasons that makes the youth drift away from the mainstream.

Lack of political will, absence of skill development programmes, over dependence on traditional methods of earning etc are some of the major factors behind this.

A major reason behind this crisis is the lack of economic opportunity which leads to unemployment and frustration. Kashmir is experiencing a “youth bulge,” where 71 percent of the population is under the age of 35.

Sadly, out of the large section of population between the ages of 18 to 30 in the Kashmir Valley, an estimated 48 percent is currently unemployed.

However, creating employment avenues continues to be a big problem for the government as business houses are afraid to invest in Kashmir due the ongoing unrest in the state.

The fragile socio-political landscape, affected by continuing violent conflict and instability has created a deep sense of uncertainty amongst the local population, particularly the youth that has grown up in this adverse environment and has faced tremendous stress. Feeling of desperation, anger and helplessness is largely prevalent among them.

The government has launched a number of schemes to provide employment to youth in the state and infrastructure in terms of schools,colleges, community development centers, ITIs etc. have also been established to impart quality education and generate self employment opportunities. Besides, a good amount of stress has been laid in the field of sports to encourage the young to channelize their energies in the right direction and also pick up sports as a career.

There are numerous cases of Kashmiri youth who represented India in various sport disciplines at international levels and these achievers are becoming an inspiration for others.

Recently, India Today reporter Moumita Sen made a sports documentary ‘ “Try Colour Kashmir” which is about Kashmir’s budding sports persons which is so inspiring that it was awarded with the Ramnath Goenka which Home Minister Rajnath Singh presented to her.

It is very unfortunate that various groups in Kashmir have conveniently exploited the sentiments of youth and misguided them for their own selfish gains. They lose no opportunity to exploit sensitive situations, disrupt the functioning of government and engineer situations that lead to deterioration of the law and order problems.

They pick up every opportunity that can be twisted to serve as propaganda to further their motivated designs. Some sections of people in Kashmir act in a manner that causes damage to the psyche of the youth like sensationalizing and glorifying violence and demonizing the government and security forces by spreading false rumours or exaggerating facts. All of this ends in instigating the masses, particularly the youth.

The solution to this lies with the people and they have to generate the will to give peace a chance so that the development activities can be carried forward and this will lead to job creation which will channelize the energy of the youth towards productive pursuits.

The state government, the elders and the civil society of Kashmir have to play a vital role to removing the prevailing feeling of hatred and frustration that envelopes the youth of the Valley and though this is undoubtedly a long term process but a beginning has to be made. It cannot be denied that the government is focusing on the issue of development despite the law and order challenges. Launching of employment generating programs like ‘Hamayat’ and ‘Udan’ are steps in the rightdirection. A lot more, however, needs to be done and that too in a time bound manner so that the results are visible and the fear of being unemployed doesn’t haunt the youth.

In addition to this, there is a need to put an end to ‘Hartal Politics’ as shutdowns are dissuading investors from coming to Kashmir and establishing facilities that are manpower intensive.

Education also needs to be given priority! Curriculums have to be designed in a manner that the youth gain confidence to compete at the national and international levels. More and more deserving students need to be sponsored for education in other states to widen the knowledge base and the passion that the youth have for games needs to be further leveraged.

Searching and nurturing talent should be followed up with providing opportunities to compete within the state and in larger platforms.As stated earlier all stakeholders need to join hands and work together for providing the youth a more promising and bright future. The elders need to educate everyone about the rich dividends peace will yield while the government should provide incentives to attract more investment in the state, especially in private sector, which will increase employment opportunities for youth.

Media too needs to fulfill its social responsibility by avoiding negative reporting and instead guiding youth in the right direction. By avoiding sensationalism, the media can reduce the anger and violent mindset of Kashmiri youth. The youth should become the centre of gravity of government policy in Jammu and Kashmir. Sincere efforts in this direction have the potential of changing the socio-political landscape of the trouble torn region.

The time will come soon when J&K will re-emerge as the crown and coronet of peace and progress for the entire country.”