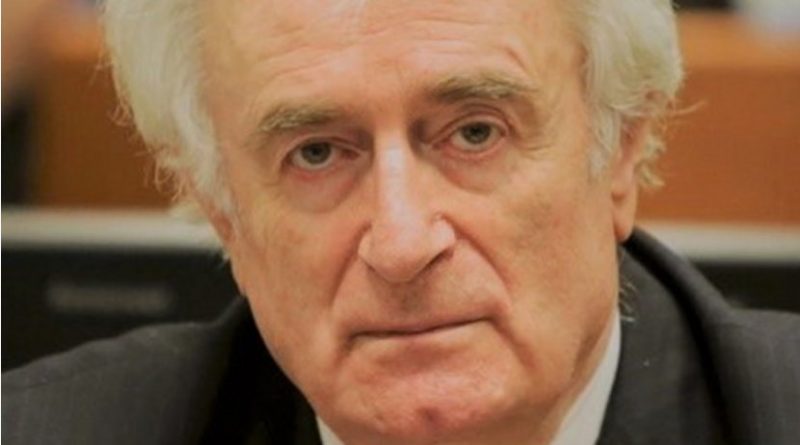 The final verdict in Radovan Karadzic’s trial was welcomed by Bosniak and Croat politicians and war victims’ groups in ethnically-divided Bosnia and Herzegovina, but condemned as biased by Bosnian Serb political leaders.

The UN court’s confirmation on Wednesday of the verdict convicting Radovan Karadzic of genocide, war crimes and crimes against humanity again highlighted continuing post-war ethnic divides in Bosnia and Herzegovina.

Echoing the cheers of war victims’ representatives who were in The Hague for the verdict, Bosniak politicians welcomed the judgment that increased Karadzic’s sentence to life imprisonment.

“A wartime criminal has received a well-deserved punishment and today victims of his crimes as well as the entire civilised world can be satisfied with the life sentence,” said Sefik Dzaferovic, the Bosniak member of Bosnia’s tripartite presidency.

Nermin Niksic, the president of the Social Democratic Party of Bosnia and Herzegovina, also welcomed the verdict.

“Radovan Karadzic’s final verdict is a major event for Bosnia and all its citizens, especially for the families of victims of aggression, genocide and other war crimes committed in Bosnia,” Niksic told Sarajevo-based news site Klix.ba.

Meanwhile Zeljko Komsic, the Croat member of the Bosnian tripartite presidency, said that Karadzic’s verdict was the minimum level of justice required for his crimes.

“This verdict remains as a permanent written testimony and a lesson to generations to come that no crime will remain unpunished,” Komsic said in a press release.

But the verdict was condemned by Bosnian Serb politicians, who see the Hague court as anti-Serb.

Milorad Dodik, the Serb member of the country’s tripartite presidency, slammed the ruling as biased and said the UN court had a “selective approach” to justice.

The parliamentary spokesperson in Bosnia’s Serb-dominated Republika Srpska entity, Nedeljko Cubrilovic, said that the verdict confirmed the conviction of people in Republika Srpska that the Hague Tribunal is “biased, selective and was established with the aim of proclaiming Serbs and their leaders the sole perpetrators of the civil war in Bosnia”, Beta news agency reported.

Momcilo Krajisnik, a former Bosnian Serb official who was also convicted of crimes against humanity by the Hague court, insisted that Karadzic “never advocated crimes, never supported them, and never carried them out”.

“They say that justice exists and is achievable, but everything indicates, when it comes to the Hague Tribunal, at least in our short life, it means nothing,” Krajisnik, who co-founded the Serb Democratic Party with Karadzic before the Bosnian war, told Russian media outlet Sputnik.

But in a signal to politicians in the Balkans who continue to deny the Srebrenica genocide and support convicted war criminals, despite their countries’ stated aim of joining the European Union, EU foreign affairs spokesperson Maja Kocijancic urged all political leaders to accept the final judgment in the trial.

“The EU expects all leaders in the region to support the decisions of the international tribunals and to refrain from any statements or actions casting doubt on the independence or the impartiality of the adjudication process. Denial or revisionism contradict the most fundamental European values,” Kocijancic said in a press release.

“This United Nations tribunal has convicted him for his crimes and sentenced him to life imprisonment, sending an important message that justice can prevail over evil. Today, the victims of his crimes finally saw him answer for what he did,” the prosecution said.

Chief prosecutor Serge Brammertz also said that the verdict was not a ruling against the Serb people.

“Karadzic’s guilt is his, not his community’s,” Brammertz said.

Serbian Radical Party leader Vojislav Seselj, who was also convicted of wartime crimes by the Hague court, described the life sentence as scandalous.

“The verdict is based on false testimonies and imposed facts. It is obvious that the verdict was brought by incompetent people, people who do not have any moral qualities,” Seselj told Russian state news agency Tass.

Veselin Sljivancanin, a former Yugoslav People’s Army colonel and convicted war criminal, insisted that the Hague Tribunal continued to support only the Bosniaks in Bosnia and Herzegovina.

“I am not a lawyer nor an expert, but I believe that Karadzic and his family are brave people,” Sljivancanin told Serbian daily newspaper Politika.