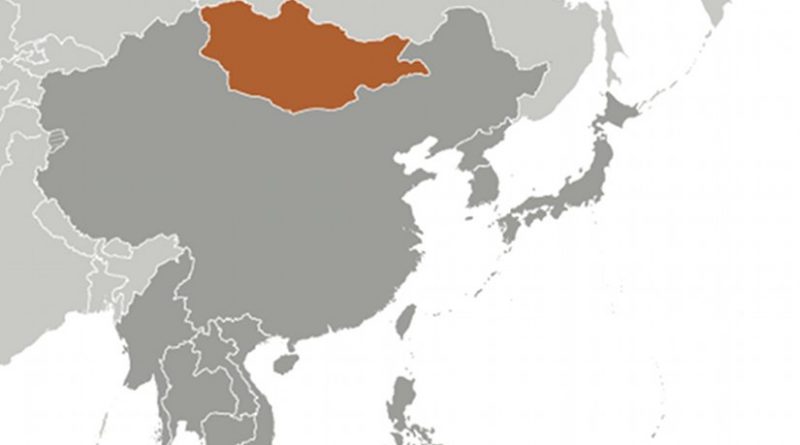 Neil Thompson believes that Mongolia, which is resource-rich and relatively democratic, is set to become the bellwether state for 21st century Eurasian politics. That’s because the way Ulan Bator is balancing its ties with Russia and China could provide a model for other Central Asian states to follow.

Many  Westerners continue to view  Mongolia through the lens of its distant past, when this vast country served as an incubator for the conquering waves of nomadic horsemen that periodically appear throughout history. However, the origins of today’s modern Mongolian republic and its foreign policies reflect its troubled birth as a state on a historic fault line between many competing empires and tribes. Yet that might be about to change, with this landlocked and impoverished but resource rich and democratic Asian country becoming the bellwether state for 21st century Eurasian politics.

Life on a Fault-line

In the 18th and 19th centuries, the region that is now the modern state of Mongolia was, like the rest of Central Asia, first squeezed between and then divided by the expanding Russia and Chinese empires – both cultures which had long suffered from Mongol depredations themselves. The popularity of this political arrangement locally can be measured in the length of time it outlasted the Qing and Romanov dynasties. In 1913, less than two years after the fall of the Qing, Tibet and Mongolia signed a treaty declaring their independence from China. Independence, in turn, inspired nationalist sentiment for an enlarged Mongolian territory that embraced Mongols in both China and Russia.

The Russian reaction however was an ominous sign of things to come. Despite signing a treaty with the new Mongolian government, Russia and China’s disintegrating central government issued a joint declaration stating that Mongolia was still under Chinese suzerainty. This was reinforced by a joint Russian-Chinese-Mongolian treaty in 1915 placing an autonomous Mongolia back under formal Chinese oversight. Russia’s striking respect for the official boundaries of the now-vanished Qing dynasty is easily explained. The Japanese defeat of first China in 1895 and then Russia in 1905 added a third predatory power to north-east Asia. Secret treaties at the end of the Russo-Japanese War of 1904-05 initially forced tsarist Russia to accept Mongolia lay within Japan’s sphere of influence.

Despite a decade of unsavory horse-trading between imperial Japan, tsarist Russia and China’s warlords, it would be Russia into whose orbit the new ‘autonomous’ state of Mongolia would ultimately be drawn. ‘Outer Mongolia’, as Mongolia was then called, was tragically caught up in the drama of the Russian Revolution. It was alternatively occupied and fought over by local nationalists, China’s warlord-dominated Beiyang government, White Russian troops and their semi-official Japanese allies, and the Red Army together with a nascent Mongolian communist movement. The Bolshevik intervention was the decisive one and in 1925 the People’s Republic of Mongolia was proclaimed. Mongolia became a Soviet satellite state of the in the same mold as the countries of Central and Eastern Europe. It would remain isolated from the outside world for seven decades, integrated only with its Soviet mentor and economic prop.

Nowadays, this country of just three million is still encased between her old occupiers, Russia to the north and China to the south, east and west. However the threat from Japan ended after the Second World War, and in 1986 Mongolia restored friendly diplomatic relations with China that had long suffered during the Sino-Soviet split. The 1990 withdrawal of the Soviet military and Moscow’s political and economic support ended decades of communist government. And while Mongolia was plunged into food shortages and economic collapse, a new and vibrant democratic system was kept alive and functioning.

Probably thanks to this Mongolia has not succumbed to the ‘resource curse’ yet, despite sitting on vast quantities of untapped mineral wealth. Minerals already make up over 80% of Mongolia’s annual exports, and that is expected to rise to 95% after a number of massive mining projects come on-stream. Despite squabbles between foreign companies and the at-times erratic Mongolian government, foreign direct investment (FDI) from a number of different foreign states has been transforming its post-communist economy. Mongolia was one of the world’s fastest growing economies until recent times, with high growth rates reported in 2012 and 2013.

A genuinely free Mongolia presents a curious picture today. Twenty-five years after independence Mongolia is still a lone democracy in a region of autocracies (albeit with Kyrgyzstan as a credible contender to join it). Certainly it is a lot freer and less corrupt than its two giant neighbors though there have been plenty of bumps along the way in recent years, including a state of emergency being declared in 2008 after a disputed election led to a drunken riot in which five people were killed. Accusations of corruption and electoral malpractice have also been found to have some substance. In 2012, Enkhbayar Nambar – the former Russian-friendly president – was jailed on corruption charges before being pardoned by his successor (and long-time rival) the following year. The antics of the landlocked and impoverished state’s rapidly expanding merchant navy also continue to raise eyebrows, even as it diversifies revenue streams in an economy heavily dependent upon commodity prices.

Geopolitically, Mongolia continues to face the tough choices of its location between a reenergized authoritarian Russia and a booming communist China. To its north it has a revanchist neighbor that is currently spearheading a comparatively protectionist customs union as an economic means to a political end. Russia’s own creaking economy is once again bearing the cost of subsidizing the underdeveloped neighbors it has persuaded or bullied back into the fold. As Moscow has revived itself under Putin, it has also sought to breathe new life into bilateral economic and political ties with Mongolia. Russia remains the only alternative choice to China for Mongolian export routes, something that Ulan Bator’s politicians think about when they remember past Kremlin arm-twisting over their Soviet-era debts to Russia.

To the south, China remains the booming source of Mongolia’s new found prosperity, should the legal wrangling over various mining projects ever end. Beijing shares Mongolia’s flexible attitude to the rule of law, desire for efficient economic growth, and lately even a showy crackdown on corruption. Yet many Mongolians remain disturbed by their southern neighbor. While Russia is vast but under populated, China surrounds them on three sides and already rules a Mongolian population that’s twice as large as Mongolia’s. Worries also abound that the mining boom will turn Mongolia into an economic satellite of China in much the same way that the country was a political satellite of Russia in the twentieth century. Having tasted the fruits of full sovereignty Ulan Bator does not want to lose it as wealth literally starts to spring from the ground under its feet.

At present, China is the overwhelming export market for Mongolia, buying 89% of the coal, metals, oil and even livestock that Mongolians send abroad each year. However the figures for China are somewhat deceptive as the impact of large scale FDI by Western mining companies has yet to be fully felt. For instance, British-Australian mining giant Rio Tinto spent $6 billion preparing its copper mine at Oyu Tolgoi and believes it will extract $8 billion in revenue per year for the next several decades. Ulan Bator has also tried to diversify away from overreliance on China, most notably by signing a free trade agreement with Japan earlier this year. With this in mind, analysts predict that Mongolia’s ever-closer connection to the Chinese market will not necessarily translate into Beijing’s increasing political influence there.

Towards an Ever Distant Union

Indeed, the most interesting aspect of the Sino-Russian-Mongolian relationship is the growing importance of Mongolia’s agency relative Beijing and Moscow, a reversal of the situation in 1915. In this sense, Mongolia is a microcosm for the states of the wider Central Asian region which have also been trapped between the two giants since the 17th century. Although Russia and China have been careful not to step on each other’s toes, their economic interests in Mongolia are basically at odds. China has simply tried to pull Mongolia ever closer into the structural embrace of its giant economy, whereas Russia has had to trade on its diminishing assets in the country – such as writing off Ulan Bator’s debts in 2003 and once again in 2009.

Despite Moscow’s scrambling to secure access in a share of Mongolia’s natural resources, its long term success can perhaps be measured by the news that the Mongolian parliament voted in October 2014 to adopt a rail gauge compatible with China’s in order to develop a special 240-kilometer track from the Tavan Tolgoi coal basin to the Chinese border. Coal is Mongolia’s second biggest export, and China is its largest customer. The new gauge will reduce the cost of transporting coal to China by a third, from $6 a ton to $4 a ton, once the line is completed in late 2016.

In addition, the Oyu Tolgoi mining project was once envisaged by Moscow as a means to leverage its split ownership of the trans-Mongolian railway line into economic influence. Russia offered to build a railway link to the main line, and run the copper extracted to far eastern ports via Russia. Instead the contract was given to a Canadian firm which is now part of Rio Tinto and the precious metal is simply trucked to the Chinese border eighty kilometers away. So, despite the maneuvering of successive Mongolian governments to ensure they balance trade with China against trade with other countries, Ulan Bator has also ensured that it remains free from participating in Putin’s pet Eurasian Economic Union project.

There is a cross-party understanding within political circles that Mongolia has no permanent friends or enemies today, only trading partners. Ulan Bator today ruthlessly seeks out opportunities to cooperate with foreign parties for its own economic development and discards them quickly if a better offer is made. China has found it a tough partner to bargain with economically. Meanwhile, Russia may find that the rest of Central Asia prefers to follow the lead of Ulan Bator as the fruits of Mongolia’s socio-economic experiments bear fruit compared to their own stagnant kleptocracies. The era of Eurasian states having to choose between geopolitical ‘clubs’ is over and Ulan Bator knows it.

*Neil Thompson is Content Editor at News4Media and freelance contributor at the Diplomat, Informed Comment, Geopolitical Monitor and similar publications. He holds an MA in International Relations of East Asia from the University of Durham.