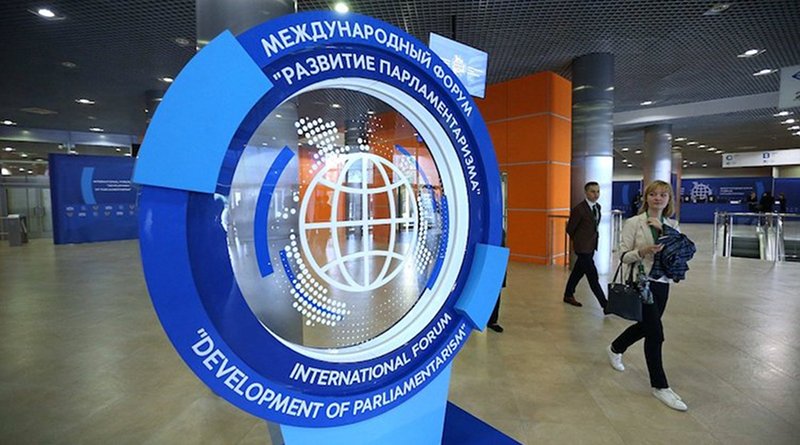 With high optimism, Russian legislators plan to use the forthcoming Russia-Africa inter-parliamentary conference scheduled for July 3 to discuss effective ways of strengthening Russia-African relations with a focus on new mechanisms for exploring business opportunities in Africa.

More than 30 African countries will take part in the conference in Moscow, an indication that African governments have a renewed interest in and looking forward to developing policy ties that could foster greater economic engagement and investment in sustainable development on the continent.

The agenda of the event includes discussion of legislative support for  trade, economic and humanitarian cooperation between Russia and the African countries, and the exchange of legislative experience.

Ahead of the conference, the Chairman of the State Duma, Viacheslav Volodin, explained that “strengthening relations with African countries, including humanitarian and trade and economic cooperation, is one of the priorities. The development of inter-parliamentary relations should intensify cooperation between our countries.”

“We hope that our dialogue will be open, cooperation will be based on the principles of mutual benefit and the absence of double standards. We believe that interference in the affairs of sovereign states is unacceptable. I hope you will support our approaches to the development of bilateral relations, because, like no one else, you are well aware of the pernicious outside influence on internal politics. We do not accept such approaches, and once again I consider it necessary to confirm this, only relations based on the principles of friendship, mutual support, and benefit, built on dialogue can have a future,” he added.

Volodin stressed that the business component of Russia’s relations with African countries is growing: in particular, the trade turnover increased by more than a quarter compared to 2016 and amounted to about 26.1% or $17.4 billion. “This is mainly Russian exports,” added the Chairman of the State Duma.

“We propose to move from intentions to concrete steps, and our peoples will better understand each other through parliamentary relations. It is necessary to take certain steps together to work on the African continent,” Volodin said.

Building relations more effectively through parliamentary framework would certainly help to create an incentive for Russian businesses, Volodin said, and added that business representatives “need support, they need confidence, and this confidence parliaments will have to provide”.

The Chairman of the State Duma hopes that dialogue at the forthcoming event will be open, and that cooperation will be based on the principles of mutual benefit and the absence of double standards. “We believe that interference in the affairs of states is unacceptable, only relations based on the principles of friendship, mutual support, and benefit, built on dialogue can have a future,” Volodin concluded.

Deputy Chairwoman of the State Duma, Olga Timofeeva, stressed that the mutual interest of Africa and Russia is growing. “In recent years, with its demographic and economic potential, Africa has become a new world center for global development. Russia has great potential, and there are still a lot of connections that we can tune up with you,” said the parliamentarian.

She also said that there are seven friendship groups with African countries in the State Duma that are ready to work within new formats of interaction. The parliamentarian expressed her hope that this meeting will become the basis of our long-term cooperation.

Russia regards Africa as an important ally in the protection of international law, according to the Russian Deputy Foreign Minister, Mikhail Bogdanov, who further stressed: “Russia regards Africa as an important and active participant in the emerging polycentric architecture of the world order and an ally in protecting international law against attempts to undermine it.”

He reminded that the relations of the Russian Federation and Africa have a long history and are lined-up on the principles of equality and mutual respect. In recent years, communications have intensified and are developing in various directions. “Invariably, and not playing with words, but in practice, we support the principle ‘African solutions to African problems’ formulated by the African countries,” said the Deputy Minister.

While emphasizing that “Russia never participated in the colonization of Africa,” the Rwandan diplomat also added: “we hope the State Duma will outline priorities for cooperation and offer a comprehensive program, proposals for cooperation between the Pan-African Union and the State Duma, which will allow our parliaments to work effectively as legislative bodies.”

The Rwandan diplomat Jeanne d’Arc Mujawamariya hopes that the conference will highlight the prospects for the development of cooperation, in particular, in the economic sphere, between Russia and the countries of the African Union.

Sanusha Naidu, a Senior Research Associate at the Institute for Global Dialogue based in Pretoria, South Africa, explained that, from all perspectives the key issue in this kind of interaction is for African legislators to play an asserting role for a pragmatic engagement with their Russian counterparts.

“The critical juncture is for parliamentary diplomacy to be more than just a talk-shop. There needs to be ownership in the way African legislators apply their role of oversight as a critical function and not as a rubber stamp. The engagement needs to be transparent with the Russian counterparts and about holding the executive accountable on both sides,” she wrote in an emailed comment.

“This is what African legislators can ask their colleagues to do terms of respecting the sovereignty and independence of Africa’s engagement with external partners. It is about recognising that parliamentary diplomacy and an inter-parliamentary engagement must be about partnership of mutual interests, benefits and respect,” Naidu added.

Developing such partnerships, shaped by the way the architecture of the global system is evolving. It is never too late to initiate and strengthen interactions or modes of diplomacy. What is important is for the partnership to be defined by terms of reference not based only on one set of interests. It must be mutual-partnership and engagement , and necessarily defines how to advance the interests of Africa’s people, according to the researcher.

“The significance is that the interaction has to build around Africa’s development and to ensure that the partnership is not predicated by narrow selfish interests. This is why accountability and legislative oversight, among others, as drivers will determine whether the interaction is just an exercise in optics or it is about asking the awkward questions and shining the light in the dark spaces based on a real engagement,” Naidu concluded.

Russia held its first Russia-Africa interparliamentary conference, under the theme ‘Russia-Africa: Horizons of Cooperation’ in the Kremlin in June 2010. It was initiated by the State Duma with the support of the Russian Ministry of Foreign Affairs.