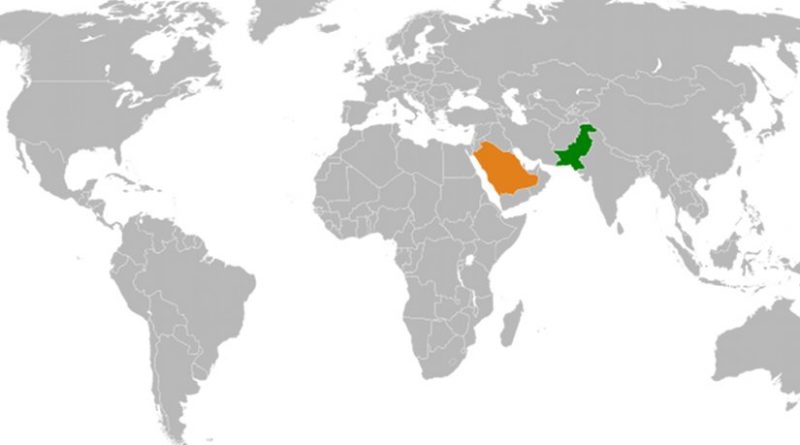 Saudi Arabia and Pakistan on Wednesday agreed that talks should be held to resolve all regional issues to maintain peace, stability and security in the region.

In wide-ranging talks with Custodian of the Two Holy Mosques King Abdullah, Pakistan’s President Asif Ali Zardari discussed matters of mutual national interest, including security in the region and the pivotal role of Pakistan in the war against terrorism. King Abdullah lauded Pakistan’s sacrifices in the fight against terrorism and said the Kingdom is a steadfast friend of Pakistan.

During the meeting, Zardari said the two countries continue to enjoy excellent relations as they are based on solid foundations of Islamic identity, common historical experiences and commonality of perceptions on all national and international issues. These linkages since the birth of Pakistan have now matured into unbreakable bonds of fraternity and brotherhood.

Both leaders reiterated their resolve to further strengthen bilateral relations and place greater emphasis on cooperation in the economic and commercial fields for mutual growth and development.

“Pakistan favors political stability in the Middle East and is against the use of force in the region,” said Zardari.

“Zardari’s visit aims at strengthening bilateral ties and to take forward the consultative process on issues of peace, security and political stability in countries of the region that have recently been witnessing violence and turmoil,” said a press statement from the Pakistani Consulate.

Zardari’s visit to the Kingdom takes place after his recent visits to Afghanistan and Iran.

As a sign of warmth in Saudi-Pakistani ties, the Kingdom accepted the credentials of the newly appointed Pakistani Ambassador Muhammad Naeem Khan within hours of his arrival in Saudi Arabia on Tuesday.

Pakistan and the Kingdom enjoy deep-rooted brotherly ties. Pakistan has offered hundreds of thousands of acres of agricultural land that could be cultivated for export of food grain to the Kingdom. Saudis would be permitted to set up fertilizer plants in Pakistan to boost food production.