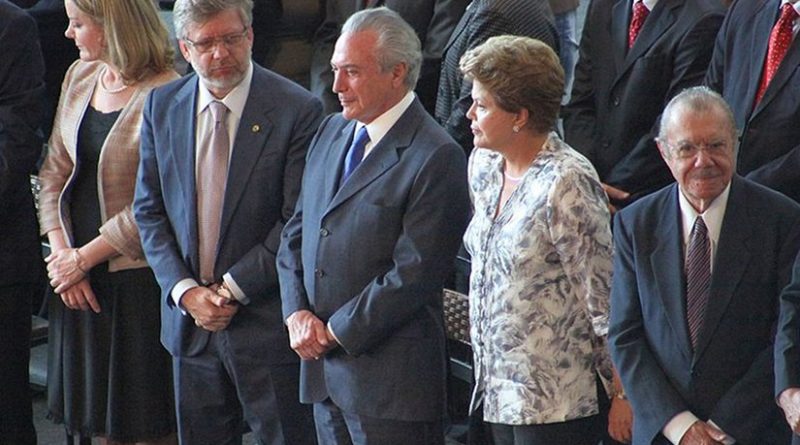 A report on polling data first published on Saturday by Folha de São Paulo, Brazil’s largest-circulation newspaper, contained errors that were so “huge and fundamentally important to the current political crisis that they require much more than the usual correction,” according to CEPR Co-Director Mark Weisbrot.

“Bad polling happens quite often, but these are errors in both polling and reporting of a whole different magnitude,” said Weisbrot.

As noted by The Intercept yesterday, Folha de São Paulo had reported that according to a poll conducted by the firm Datafolha, 50 percent of Brazilians wanted the interim president Michel Temer to serve through 2018; 32 percent wanted the elected president Dilma Rousseff to do this (the end of her current term of office); 4 percent wanted neither of the two; and just 3 percent wanted new elections.

However, upon release of the survey data, it was discovered that respondents were not given a choice between these four options. Rather, they were asked to choose between just two possibilities: either Temer or Dilma serving out the remainder of the current term, which goes through the end of 2018.

The 4 percent who chose neither, and the 3 percent who opted for new elections, consisted only of respondents who were not responding to the question as asked.

“It is therefore false and grossly misleading to report, as Folha de São Paulo and many other news outlets did, that this poll finds half the country in favor of the interim president, Michel Temer, remaining in office through 2018,” Weisbrot said.

“Most importantly, there are potentially huge consequences to this false report if it is not corrected: it would give Brazilian senators, who will decide Dilma’s fate in about three weeks, political cover to convict Dilma and remove her from office, and to allow Temer to rule until the end of 2018.”

As noted by journalists Glenn Greenwald and Erik Dau of The Intercept, a previous poll on April 25 “found that 62 percent wanted both Dilma and Temer to leave office and then new elections held; 25 percent wanted Dilma to remain and complete her term; and only 8 percent favored what has happened thus far: that Dilma is removed and Temer remains as president.”

As the article points out, it is simply not believable that the number of people favoring new elections dropped from 62 percent to 3 percent in the past three months; or that the number of people who want Temer to finish Dilma’s term jumped from 8 percent to 50 percent. (Since April, the new government has been battered by a number of scandals, involving three ministers who resigned, and implicating interim president Temer.)

Rather, the results are obviously driven by the limited choices offered to respondents.

“Every news outlet that repeated this false and misleading report has a journalistic responsibility to fully correct the record and provide its audience an explanation of what is wrong with this poll,” said Weisbrot. “To do less would be worse than irresponsible.”