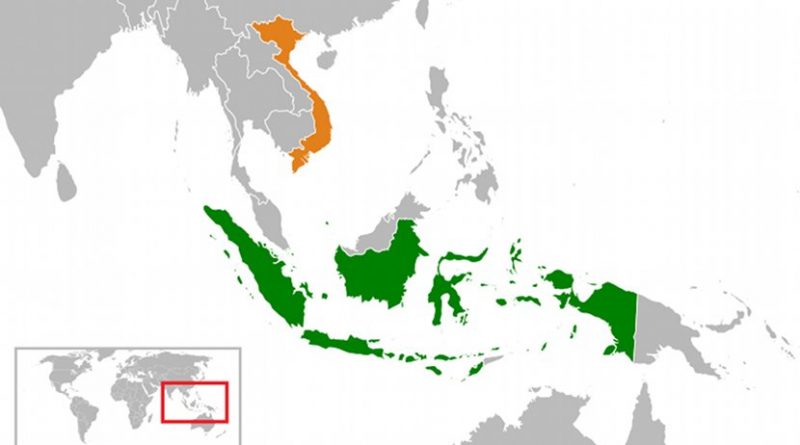 Indonesia regards Vietnam as an important country that has potentially huge strategic importance in Southeast Asia. Vietnam is the only Southeast Asian country that has fought against all major global powers such as France, the US and China (several times the Vietnamese have bested Chinese troops in more than 1,000 years of historic rivalry between Vietnam and China) and defeated them.

Indonesia is correct about Vietnam’s potential. With a 95 million-strong market and a liberal market economy Vietnam is today one of the fastest growing economies in the world. During the last 10 years, Vietnam’s gross domestic product (GDP) more than doubled to reach a record-high of US$202.61 billion in 2016, a huge jump from a mere $77.41 billion in 2007.

With $38.44 billion in exports to the US last year, Vietnam has become the biggest exporter from ASEAN to the US surpassing all important ASEAN peers like Indonesia, Singapore, Thailand and Malaysia. In 2016, Vietnam’s total exports jumped to $176.58 billion, surpassing the $144.5 billion in exports of Indonesia, a trillion-dollar economy with a 265 million-strong market, in the same year.

Indonesia has placed its strategic trust in Vietnam because the latter can serve as a bulwark against China’s rapidly growing influence in Southeast Asia and assertiveness in the South China Sea.

On the other hand, Vietnam sees Indonesia as the de facto leader of ASEAN because Indonesia, as the most populous nation is undoubtedly a well-respected regional power. According to Vietnam, Indonesia is an important power that can maintain ASEAN unity, centrality and maintain peace and security in Southeast Asia.

In an effort to deepen and strengthen the strategic partnership, Vietnam’s ruling party chief Nguyen Phu Throng, the most powerful and the popular leader of the country, is visiting Indonesia from Aug. 22 to 24.

The three-day historic visit, which will be also the first-ever visit to Indonesia by a secretary-general of the Communist Party of Vietnam, is intended to open a new chapter in the more than six decades of close friendship between the two countries.
During his visit, Nguyen, who has been party chief since 2011, will meet Indonesian President Joko “Jokowi” Widodo, several ministers and businesspeople and political leaders and discuss the entire gamut of bilateral relations. The visit will reflect the growing strategic ties between the two rising stars of ASEAN.

The present relationship began a few months after the historic 1955 Asia-Africa Conference in Bandung, West Java, on Dec. 30, 1955, when they established diplomatic ties. Since then, the friendship between Vietnam and Indonesia has grown by leaps and bounds.

This mostly problem-free relationship, more significantly, has stood the tests of time – especially during both the Vietnam War and Cold War — and survived despite several tectonic shifts in the areas of international politics, economics and global diplomacy.
Despite a huge difference in their political orientation, both Indonesia and Vietnam have common strategic security and political interests in Southeast Asia. It was Indonesia that played a big role in convincing other ASEAN countries, after the Vietnam War, to engage Vietnam and bring it into the fold of ASEAN. Vietnam joined ASEAN in 1995.

Vietnam and Indonesia decided to take their relations to a new level by signing the Joint Statement on the Framework of Friendly and Comprehensive Cooperation Entering into the 21st Century during the Indonesian presidency of Megawati Soekarnoputri in 2003. Since the signing of the comprehensive partnership agreement during the visit of Megawati to Vietnam that year, both countries’ over-all relations, especially economic ties, have increased significantly.

By recognizing the strategic significance of growing relations, then president Susilo Bambang Yudhoyono agreed to elevate Indonesia’s relationship with Vietnam to the level of a strategic partnership in 2011. This happened during the visit of Vietnam’s then prime minister Nguyen Tan Dung to Indonesia.

Despite, or perhaps because of, this competition and similarities, trade between Vietnam and Indonesia has grown almost fourfold in the past decade. Last year, the bilateral trade value surged to a record-high of $6.27 billion, a huge jump from $1.6 billion in 2006.

Many people are unaware that Indonesia’s trade with Vietnam in 2016 was much higher than its trade with major economies like Germany ($5.79 billion), the United Kingdom ($2.48 billion) and France ($2.23 billion).

With the operation of direct flights from Ho Chi Minh City to Jakarta by Vietnam Airlines in 2012, people-to-people contacts between Vietnam and Indonesia are also on the rise.

According to the vietnamtourism.com website, around 70,000 Indonesians visited Vietnam while 50,000 Vietnamese visited the archipelagic country last year.
Currently, more than 100 Vietnamese students are also studying in Indonesian universities.

In the political field, both countries have similar views and work closely in international arenas like the United Nations, the Non-Aligned Movement, ASEAN and other international bodies.

Both countries have similar stances on the issue of the South China Sea and ASEAN unity and the regional security architecture. They don’t recognize China’s controversial nine-dash-line map encompassing the South China Sea. And both believe the dispute should be resolved through peaceful negotiations based on international law.

Recently, the issues of illegal fishing by Vietnamese fishermen in Indonesia’s waters and Jakarta’s sinking of foreign boats, including Vietnamese boats, have become problematic for the countries’ good relations. But in the true spirit of ASEAN solidarity and friendship, both countries are determined to solve these problems through peaceful negotiations.

Both Hanoi and Jakarta are also currently engaged in talks to reach a deal on their exclusive economic zones in the South China Sea.

Nguyen’s visit will positively contribute to the deepening of bilateral relations and strengthening cooperation in many fields. This November, Vietnam will host the 2017 APEC Economic Leaders’ Meeting in Da Nang in November and President Jokowi will attend. The visits of Nguyen and Jokowi will set the course of strategic ties between Vietnam and Indonesia for the future.