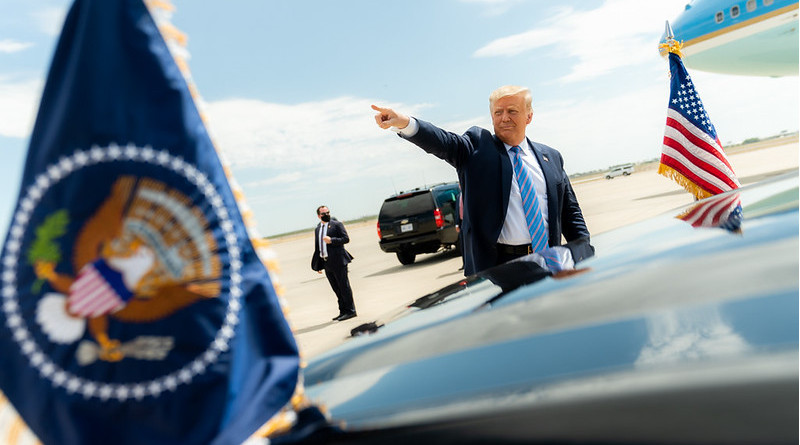 (RFE/RL) — U.S. President Donald Trump vowed on August 20 to retaliate if countries were found to have offered bounties for attacks on U.S. troops in Afghanistan.

U.S. media reported at the end of June that U.S. intelligence officials concluded months ago that Russian military intelligence offered bounties to Taliban-linked militants to kill American soldiers. The New York Times went on to claim that Trump was briefed on the matter, but did nothing in response.

Earlier this month, CNN reported that U.S. intelligence had also indicated that Iran paid the Taliban bounties to target U.S. troops in Afghanistan. Iran denied the report as “entirely false.”

Speaking to reporters at the White House on August 20, Trump said that if the reports were determined to be a fact, then “we would hit them so hard, your head would spin.”

Trump had previously said he was not told about the reported Russian effort to get the Taliban to kill U.S. soldiers because many U.S. intelligence officials doubted it was true.

Democrats in the U.S. Congress who were briefed on the matter have said U.S. sanctions on Russia should be beefed up if the allegations, which Russia and the Taliban deny, are confirmed.

Home » Trump Vows To Retaliate If Bounties On US Troops Confirmed