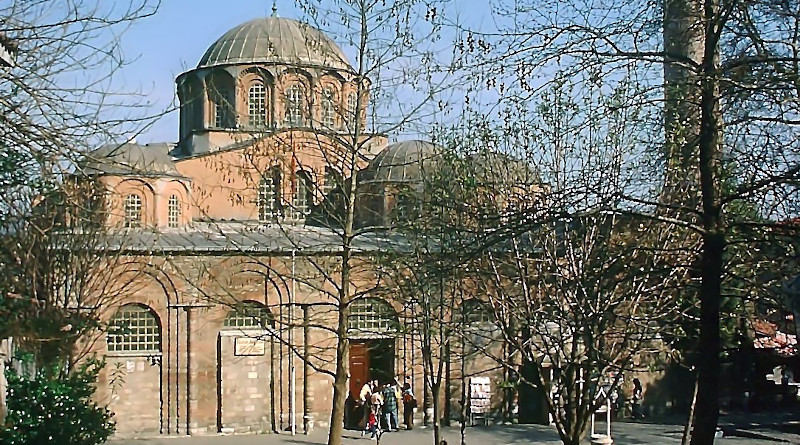 Turkey has ordered the conversion of Istanbul’s Chora (Kariye) church, which has served as a museum since 1945, into a mosque and opened it to worship, Ahval reports citing a presidential decree published in the Official Gazette on Friday, August 21.

The decree stated that the site has been transferred to the administration of the Directorate of Religious Affairs (Diyanet) and will be opened for Muslim worship.

The move comes shortly after a similar decision to convert Istanbul’s Hagia Sophia into a mosque from a museum.

Located in Istanbul’s Fatih district, the Church of the Holy Saviour in Chora was constructed as part of a monastery complex in the fourth century during the Byzantine era.

It was converted into a mosque around 50 years after the Ottoman conquest of the city in 1453, but was changed into a museum by a Council of Ministers decree in 1945.

In July, Turkish President Recep Tayyip Erdoğan also announced the opening of the Hagia Sophia to Muslim worship after the Council of State ruled that the building’s conversion to a museum by modern Turkey’s founding statesman was illegal.

The Hagia Sophia, originally built as a Byzantine cathedral in 537, was turned into a mosque following the Ottoman conquest of Istanbul on May 29, 1453, and then became a museum in 1935 under Mustafa Kemal Atatürk’s presidency.

The decision to change the status of the Chora raises questions about what will happen to its extensive Byzantine mosaics and frescoes. Like the Hagia Sophia, the Chora building is also a UNESCO World Heritage site.