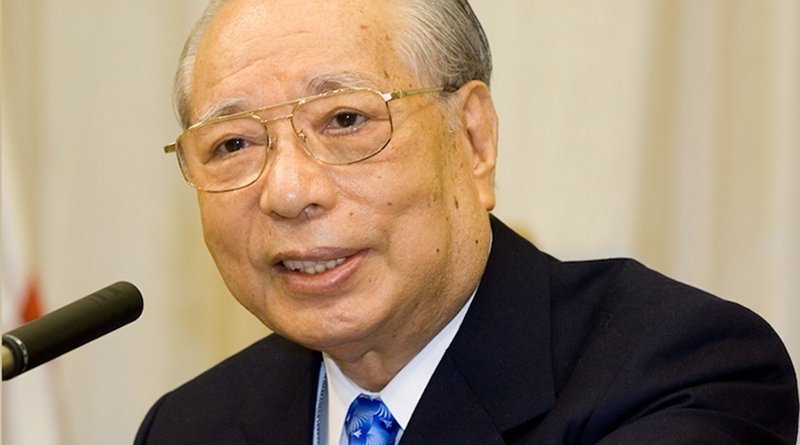 “That which is common to the greatest number has the least care bestowed upon it,” observed Aristotle, highlighting an all-too-common human tendency. His warning is still relevant today, especially in our fight against climate change.

The Paris Agreement, adopted in December 2015, is an international framework to strengthen efforts to mitigate global warming. However, as UN Secretary-General António Guterres warns, “climate change is moving faster than our efforts to address it,” and is posing a threat to the very survival of humankind. This year alone has seen strong heat waves sweeping over Europe and India, and record high temperatures in the Arctic region including Alaska and Siberia.

According to the World Meteorological Organization (WMO), the long-term trend of rising global temperatures is undeniably related to many of the extreme weather events seen all over the world, and this is likely to continue for some time.

As the phrases climate crisis and climate emergency ring in our ears more and more, the UN Climate Action Summit 2019 will take place in New York on September 23. Our world stands at a crucial crossroads: Will governments be able to step up their concerted efforts to reduce the causes of global warming such as greenhouse gas emissions, and effectively respond to the impact of rising temperatures including loss and damage caused by extreme weather?

The rising sea levels due to the melting of the Antarctic and Greenland ice sheets, as well as heat waves, torrential rain and other extreme weather events have had devastating effects on economies and businesses. Moreover, the effects of climate change are driving more and more people into forced displacement.

The Toda Peace Institute, which I founded in 1996, has been working in recent years on a research program on Climate Change and Conflict that focuses on forced migration. The research has highlighted the extremely grave situation that the people of the Pacific Islands are facing. Affected by rising sea levels, people and communities in the region are being forced to consider relocation, while little attention has been given to what this means to them emotionally and spiritually.

To many Pacific Island societies, one’s ancestral land is like a mother. Being forced to move from the land to which one is deeply connected is almost equivalent to losing one’s fundamental identity. Ontological security that our native land provides cannot be replaced by material security guaranteed by resettlement to a new site. The research program urges that such inseparable connections between people and their lands be included as a vital perspective in planning action to combat climate change.

I am reminded of the Buddhist teaching of the Four Views of the Sal Grove, which illustrates how differences in people’s mental or spiritual state or perspective will cause them to see the same thing in completely different ways.

For example, the sight of the same forest might inspire one person to be moved by its natural beauty and another to calculate its economic value. The problem is that what is missing in one’s perspective will also be completely lacking in one’s overall worldview.

Consequently, the loss of something irreplaceably precious to a certain community can cause great suffering and deprivation without even being noticed by the overwhelming majority of people.

As we develop responses to climate change challenges, we must consider and incorporate the needs and perspectives of those who are affected by the impact of global warming around the world and who are also vulnerable to gender inequalities and other forms of structural discrimination, rather than simply focusing on economic costs that are more easily quantified.

In this regard, I hope that the leaders of governments who will be attending the Climate Action Summit in New York will reexamine the way they engage with the world, and strengthen collaborative action through their deliberations on global warming challenges.

In order to powerfully advance the Paris Agreement, they must take the initiative to find ways to cut greenhouse gases in every sector from power generation and transportation to food production and distribution, as well as finding ways to increase carbon dioxide absorption, including the planting of trees.

As part of the lead-up to the Summit, the UN Climate Youth Summit will take place on September 21, bringing together young people from around the world.

It is certainly not an easy task to halt global warming. But if we take youth initiatives seriously as a starting point from which to develop a hope-inspiring scenario that engages more people to take action, I believe it will certainly be possible to open a way to build a sustainable global society. Indeed the fate of humanity in this century rests on our relentless efforts to follow the lead of our youth in this respect.