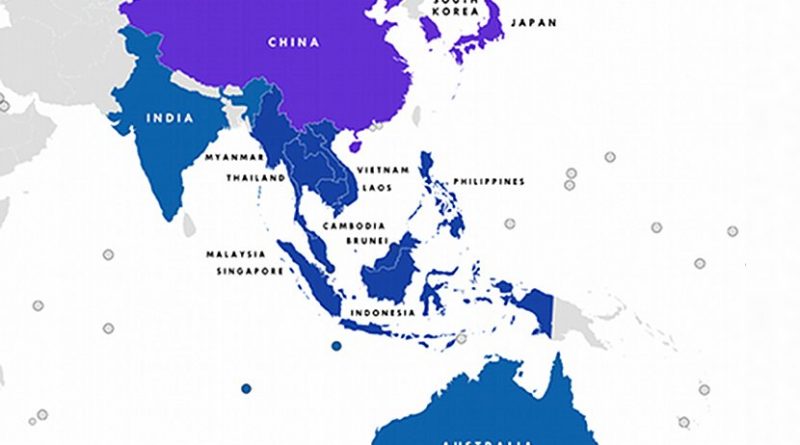 At last, RCEP is nearing to reality by the end of this year. Two times it lost the target. The stumbling block was India’s persistent resistance against Chinese trade trap. The landscape of global trade has changed dramatically after the USA- China trade war. China as a deserter to domestic economy through trade trap is overshadowed by its own urge for increasing imports to counterbalance imports from USA. This should give a new thought over China as a potential partner and not deserter.

Notwithstanding, India swings in dilemma to join the block. Why? While the industry circle warned for a big damage to domestic manufacturing, fear triggered for alienation from the world’s largest trade block, which consists of world’s largest trading partners, excepting USA.

RCEP – ASEAN 10 plus 6 countries – is significant to India’s economy. It is the biggest stakeholder in India’s global trade and foreign investment. It accounts for 28 percent of India’s global trade and 20 percent of India’s export. It emerged the biggest source of foreign investment, nearly 39 percent , with Singapore topping the list in 2018-19.

Aligning to RCEP increases India’s export potential since it accounts for 35 percent of world economy. Importance of RCEP spurred after the fall down of TPP, with USA leaving the block.

Export has become an urgency for India to insulate from the current downswing, ,which is feared to be lingered for longer period. The noted economist Dr Arvind Panagarya harped on export boost as an immediate remedy for the Indian auto sector , which cried for fiscal remedies.

Given the situation, RCEP can provide a vibrant platform to boost India’s exports, notwithstanding concern over import surge prevails. It can also prove instrumental to ratchet up Make in India initiative and give a strategic shape to Act East policy.

Therefore, the aim of joining RCEP should be viewed not only from the perspective of trade merit, but also from the point of view of geo-economy and geo-strategy as a political and economic dividend in the world.

Given the industry circle raising alarm on China’s aggressive exports and damaging domestic industry in India, India policy makers are in dichotomy. They are fumbling about suitable measures to counter the Chinese exports. Whether they find doable measures to resist Chinese gushing flow of goods or not, time will speak.

Nevertheless, the landscape of global trade has changed with the eruption of trade war between USA and China. Protectionism has become the thump rule for the trade between the two super global economic powers. This unleashed a cascading impact on the economies for smaller countries, who are reliant on export base economy. To this end, RCEP opens up a new avenue to insulate their economies through duty free regime.

Undoubtedly, China, which is an export base economy and the most affected by Trump high tariff salvo, will push export to India with the benefit of duty –free to off-set the downfall in exports to USA, having India a big market. By now, India’s FTAs with ASEAN, Japan and South Korea has already immunized it with trade deficit. Hence, the threat is only from China, if India joins RCEP.

Nevertheless, in parallel, RCEP will also provide a big market for Indian agricultural products in China , which USA is losing the market in the wake of China’s high tariff retaliation. USA is the largest exporter of agricultural products to China. With the imposition of high tariff by China, India’s market accessibility to China will surge. Currently, excepting cotton, India’s main exports to China are petroleum refinery products, iron ore, pharmaceutical and plastic products. RCEP is hoped to accelerate India’s exports of agricultural and pharmaceutical products to China.

Trade war will augur well for India’s exports of animal husbandry meat to China. China is the second biggest importer of chicken broiler meat in the world and USA is one of the biggest exporters of it to China. With the demand for USA chicken broiler meat receding due to high tariff, a new space will be generated for India’s exports of this item in China.

Joining RCEP, the block will provide a new hope for ‘trade in services’, such as IT services. India pitches for its supremacy in IT services after globally reckoned one of the top IT services providers in the world. With the USA restricting immigration and H1 B visa, many Indian IT service providers are left with job less. India can push trade in IT services in RCEP, while being within the block. It is almost an uphill task to push it , while being outside the block.

India is moving towards a new transition in manufacturing to a great deal in the recent past. From sectoral growth ( based on natural resources , such as textile, steel, metal and agro-based), it is moving fast to technology base industries, such as electronics, digital and high –tech industries. Eventually, electronic production took a great leap by over three times in between 2015-16 to 2017-18.

This gives a leeway to India to enter GVC ( Global Value Chain) network of manufacturing. RCEP can provide a strong platform to engage in GVC network of manufacturing across the border. ASEAN has been the pioneer in providing similar platform to Japanese auto industry to produce Asian car model, when it lost competitiveness in the wake of Japanese yen appreciation in end-eighties.

In summing up, there are manifold advantages for India to join RCEP, even though they are not related to trade merit directly. Political dividend and low cost manufacturing, after China lost the paradise, should steer India’s significance to join RCEP.