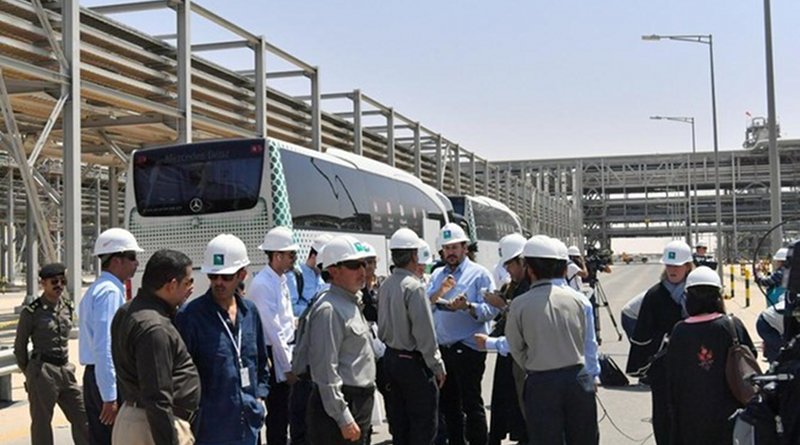 Journalists from local and international media organizations on Friday inspected Aramco oil facilities in Khurais and Abqaiq that were hit by attacks on Sept. 14. (SPA)

Journalists from local and international media organizations on Friday inspected Aramco oil facilities in Khurais and Abqaiq that were hit by attacks on Sept. 14.

At Khurais, cranes had been erected around two burnt-out stabilization columns, which form part of oil-gas separation units, and melted pipes.

“We are confident we are going back to the full production we were at before the attack (on Khurais) by the end of September,” Fahad Abdulkarim, Aramco’s general manager for the southern area oil operation, told reporters.

Aramco is shipping equipment from the US and Europe to rebuild the damaged facilities, Abdulkarim added.

Saudi Minister of State for Foreign Affairs Adel Al-Jubeir said on Thursday the attacks were an “extension of the Iranian regime’s hostile and outlawed behavior.”

Iran has denied involvement in the attack.

Responsibility was claimed by Yemen’s Houthis who are backed by Iran.