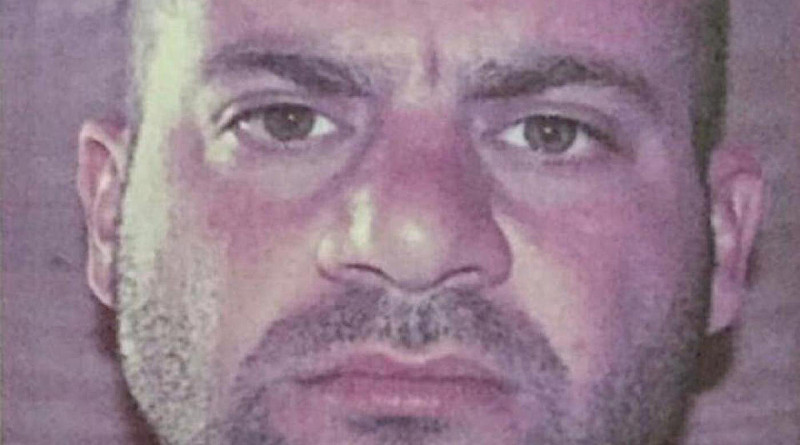 Newly released US government documents allege [1] the Islamic State’s new leader Muhammad Sa’id Abdal-Rahman al-Mawla identified dozens of fellow militants as well as the structure of al-Qaeda in Iraq, after he was arrested in 2008 and detained at Camp Bucca.

Three Tactical Interrogation Reports (TIR) released by the Combating Terrorism Centre (CTC) allege that al-Mawla, who at the time was an al-Qaeda judge, gave the US occupation forces in Iraq the names of 68 al-Qaeda fighters that led to the deaths of several al-Qaeda members after the US military conducted raids to hunt them down.

One of the persons named by al-Mawla was Abu Jasim Abu Qaswarah, thought to be the second-in-command of al-Qaeda in Iraq at the time. He was killed by US forces eight months after Mawla identified him as a member of the group.

According to the documents, al-Mawla was arrested in 2008 by the US forces and interrogated at Camp Bucca, a facility in Umm Qasr, southern Iraq, where Abu Bakr al-Baghdadi was also incarcerated. Several officials have since referred to it as a “Jihadi university” because of the training provided there.

The CTC said that al-Mawla was released in 2009 and only came to prominence earlier this year when he became the leader of the Islamic State following the death of al-Baghdadi in October.

The US put a $5m bounty last year on the head al-Mawla, also known as Abdullah Qardash or Hajj Abdullah, and he is thought to be in hiding in Syria. Though the mainstream media reports claim he is hiding in eastern Syria, he might as well be hiding in northwest Idlib province like his predecessor.

It’s important to note in the news coverage of the killing of al-Baghdadi that although the mainstream media had been trumpeting for the last several years that the Islamic State’s fugitive chief had been hiding somewhere on the Iraq-Syria border in the east, he was found hiding in northwest Idlib province, under the control of Turkey’s militant proxies and al-Nusra Front, and was killed while trying to flee to Turkey in Barisha village five kilometers from the border.

In fact, the corporate media takes the issue of Islamic jihadists “commingling” with Turkey-backed “moderate rebels” in Idlib so seriously – which could give the Syrian government the pretext to mount an offensive in northwest Syria – that the New York Times cooked up an exclusive report [2] on October 30, a couple of days after the Special Ops night raid, that the Islamic State paid money to al-Nusra Front for hosting al-Baghdadi in Idlib.

The morning after the night raid, the Syrian Observatory for Human Rights reported [3] on October 27 that a squadron of eight helicopters accompanied by warplanes belonging to the international coalition had attacked positions of Hurras al-Din, an al-Qaeda-affiliated group, in Idlib province where the Islamic State chief was believed to be hiding.

Despite detailing the operational minutiae of the Special Ops raid, the mainstream news coverage of the raid deliberately elided over the crucial piece of information that the compound in Barisha village five kilometers from Turkish border where al-Baghdadi was killed belonged to Hurras al-Din, an elusive terrorist outfit which had previously been targeted several times in the US airstrikes.

Although Hurras al-Din is generally assumed to be an al-Qaeda affiliate, it is in fact the regrouping of the Islamic State jihadists under a different name in northwestern Idlib governorate after the latter terrorist organization was routed from Mosul and Anbar in Iraq and Raqqa and Deir al-Zor in Syria in 2017 and was hard pressed by the US-led coalition’s airstrikes in eastern Syria.

Here let me try to dispel a myth peddled by the corporate media and foreign policy think tanks that the Islamic State originated from al-Qaeda in Iraq. Many biased political commentators of the mainstream media deliberately try to muddle the reality in order to link the emergence of the Islamic State to the ill-conceived invasion of Iraq in 2003 by the Republican Bush administration.

Their motive behind this chicanery is to absolve the Obama administration’s policy of nurturing militants against the Syrian government since the beginning of Syria’s proxy war in 2011 until June 2014, when the Islamic State overran Mosul and Anbar in Iraq and the Obama administration made a volte-face on its previous “regime change” policy of providing indiscriminate support to Syrian militants and declared a war against a faction of Syrian rebel groups, the Islamic State.

After linking the creation of the Islamic State to the Iraq invasion in 2003, interventionist hawks deviously draw the risible conclusion that the Obama administration’s premature evacuation of American troops from Iraq in December 2011 gave birth to the Islamic State.

Moreover, such duplicitous spin-doctors misleadingly try to find the roots of the Islamic State in al-Qaeda in Iraq; however, the Anbar insurgency in Iraq was fully subdued after “The Iraq Surge” in 2007. Al-Qaeda in Iraq became a defunct organization after the death of Abu Musab al Zarqawi in June 2006 and the subsequent surge of troops in Iraq.

The re-eruption of insurgency in Iraq was the spillover effect of nurturing militants in Syria since 2011-onward, when the Islamic State overran Fallujah and parts of Ramadi in January 2014 and subsequently reached the zenith of its power after capturing Mosul in June 2014.

The borders between Syria and Iraq are highly porous and it’s impossible to contain the flow of militants and arms between the two countries. The Obama administration’s policy of providing funds, weapons and training to Syrian militants in training camps located at the border regions of Turkey and Jordan bordering Syria was bound to backfire sooner or later.

Thus, it would be misleading to fall for the sophistry of finding the roots of the Islamic State in al-Qaeda in Iraq. Although the remnants of al-Qaeda in Iraq might have joined the ranks of Syria-bound militants in Iraq in 2011, the principal cause of the creation of the Islamic State, al-Nusra Front and myriads of other militant outfits in Syria and Iraq was the “regime change” policy pursued by the Obama administration from 2011 to 2016 to topple the government of Bashar al-Assad in Syria.

During the course of Syria’s proxy war, billions of dollars [4] worth weapons and ammunition, including American-made antitank missiles, were provided to militants in training camps located in border regions of Turkey and Jordan, and possibly in Iraq too, by the Western powers, Turkey, Jordan and the Gulf States.

It also bears mentioning that for the first year of Syria’s proxy war, American troops were still deployed next door in Iraq, as the war in Syria began in early 2011 whereas the US forces evacuated from Iraq in December 2011.

Notwithstanding, according to “official version” [5] of Washington’s story regarding the killing of al-Baghdadi, the choppers took off from an American airbase in Erbil, the capital of Iraqi Kurdistan, flew hundreds of miles over the enemy territory in the airspace controlled by the Syrian and Russian air forces, killed the self-proclaimed “caliph” of the Islamic State in a Hollywood-style special-ops raid, and took the same route back to Erbil along with the dead body of the terrorist and his belongings.

Although Washington has conducted several airstrikes in Syria’s Idlib in the past, those were carried out by fixed-wing aircraft that fly at high altitudes, and the aircraft took off from American airbases in Turkey, which is just across the border from Syria’s northwestern Idlib province. Why would Washington risk flying troops at low altitudes in helicopters over hostile territory controlled by myriads of Syria’s heavily armed militant outfits?

In fact, several Turkish journalists, including Rajip Soylu, the Turkey correspondent for the Middle East Eye, tweeted [6] on the night of the special-ops raid that the choppers took off from the American airbase in Turkey’s Incirlik.

As for al-Baghdadi, who was “hiding” with the blessing of Turkey, it is now obvious that he was the bargaining chip in the negotiations between Trump and Erdogan, and the quid for the US president agreeing to pull American troops out of northeast Syria was the pro quo that Erdogan would hand al-Baghdadi to him on a platter.

Immediately following the announcement of withdrawal of US forces from northeast Syria by the Trump administration on October 6, Turkey mounted Operation Peace Spring on October 9 in which the Turkish armed forces and their Syrian proxies invaded and occupied 120 kilometers wide and 32 kilometers deep stretch of Syrian territory between the northeastern towns of Tal Abyad and Ras al-Ayn.

In return, Trump got his very own Osama bin Laden as Turkey let US Special Forces kill fugitive leader of the Islamic State Abu Bakr al-Baghdadi on October 26, weeks after the Turkish Operation Peace Spring in northeast Syria on October 9.