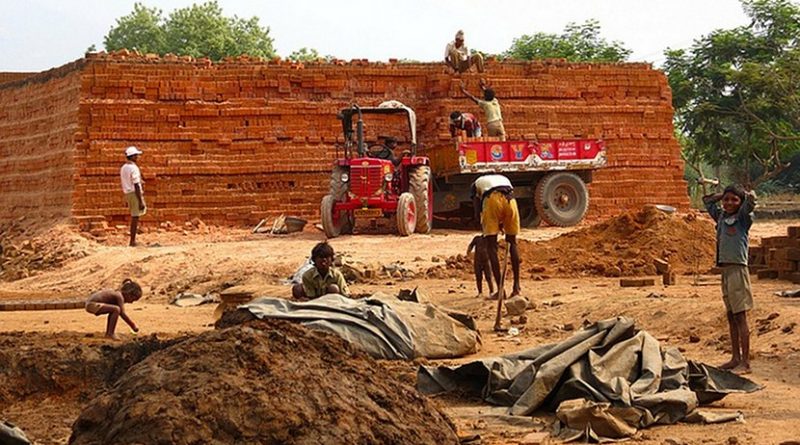 Thanks to COVID 19, the miseries of migrant workers were snowballed. Migrant workers are indispensable for economic achievement and China and India are the global leaders for using rural migrant workers to produce low cost products and  services. However, since the outbreak of COVID 19, China is dithering with the woes and India is groping in dark.

China has three welfare schemes for rural and urban migrant workers. They are health insurance, workers’ compensation and old-age pension schemes. India has none. The COVID 19 outbreak sent the Indian government into a tizzy. The alarmed government, fearing to lose its vote bank, announced the Occupational Safety, Health and Working Condition Code 2020 in July 2020. This included for migrant workers benefits to the public distribution system and put the onus on employers to extend benefits to the migrant workers in their establishments, including the Provident Fund and Employees State Insurance Schemes. The COVID 19 outbreak forced the National Health Authority of India to coordinate with State governments to enlist migrant workers under the Ayushman Bharat Pradhan Mantri Jan Arogya Scheme – a health insurance scheme on an all India basis.

Migrant workers are indispensable for India’s economic growth. In almost all major sectors, migrant workers played key role. Infrastructure, labour intensive industries and export oriented industries are the cases in point. Notwithstanding, bare attention was given to their welfare and protection. It was only after the outbreak of COVID 19, that the plights of the workers hogged the limelight, which became a wake up call for the authorities. Politicians upped the ante and the policy makers were on toe to mitigate the ire. This is despite the fact that the country has laws, which were conveniently forgotten. The laws were never implemented and neither acted a major vote bank.

India enacted the principal law much before China did. It enacted the Inter-State Migrant Workers (Regulation of Employment and Conditions of Services) act in 1979. China did it in 2010. The main aims were to protect the workers from exploitation by the employers. Every contractor or employer has to obtain licenses from the State authority where the worker resides and from the authority where the worker is employed. The Act stipulates that the remuneration to be paid, fixation of wages and other essential services to be provided should be explicitly mentioned in the contract agreement. In addition, suitable residential accommodation, adequate medical facilities and protectable clothing are to be provided. The Act lays down that the inspectors from the home state should visit the working place to ensure the compliance of the law, which was rarely followed.

The National Human Rights Commission (NHRC) drew the attention of Supreme Court highlighting the hardships faced by migrant workers in the wake of outbreak of COVID-19. The commission was of the view that had the government effectively implemented the Act, the hardships of the migrant workers would have been avoided. Alarmed, the Government included migrant workers in the new labor code bill, entitled  “Occupational Safety, Health and Working Condition Code”. For the first time social benefits were introduced through the code. Migrant workers, drawing less than Rs18,000 per month, will be eligible for Public Distribution System either in their native states or the state where they work. The proposed code said that it is the duty of employers to extend benefits to the migrant workers, given in their establishments including Provident Fund and Employees State Insurance Scheme

However, there is a caveat. How far the new code will succeed to deluge the benefits to the migrant workers will depend on how the new code is strictly enforced. The new code puts the onus on employers to extend the benefits. According to the code, the contractor who supplies the worker to the establishments, should obtain a license from State government where the worker belongs and from the State government, where the worker is working. This warrants a major scope for vested interests and connivance  between employer and contractor, which unless is strictly monitored, may  deprive the migrant workers from the benefits.

An exasperated China invoked a stricter law to protect the migrant workers from the default of payment of wages during the outbreak of COVID 19. According to a decree by State Council, signed by the Chinese Premier, both government officials and employers are responsible and punishable for the default in payment of wages to the migrant workers. Why then is India backtracking to take emergency measures to mitigate the plight in a similar manner like China?