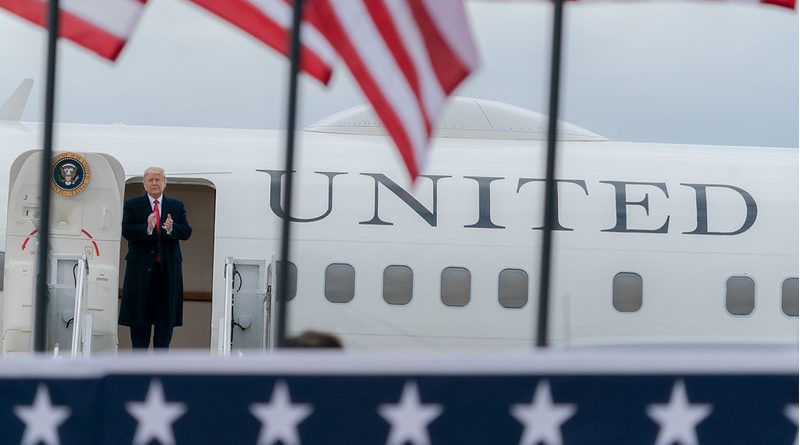 As mainstream media outlets reported that he stormed out of an interview with 60 Minutes’ Leslie Stahl, US President Donald Trump said he might post the video of the “Electoral Intrusion” by the CBS show before it airs on Sunday.

Stahl, a veteran interviewer for the CBS show, was at the White House on Tuesday to interview Trump and Vice President Mike Pence for this weekend’s election special. She had already taped interviews with Democratic nominee Joe Biden and his running mate Kamala Harris.

The first sign something might have gone wrong was when he tweeted out a video of Stahl “not wearing a mask” and added “Much more to come.”

Shortly after that, CNN’s Kaitlan Collins cited two anonymous sources to claim there was “some drama” during the taping, as Trump “abruptly ended his solo interview after around 45 minutes and did not return for a scheduled walk and talk he was supposed to tape with Pence.”

“Very fake news!” responded Trump adviser Jason Miller, adding there was no drama, no abrupt interruption, and they “have the receipts from the interview – all of them!”

“Maybe we need to put the whole thing out so people can see for themselves?” Miller wondered.

Around 6 pm Eastern time, Trump seemed to second that proposal, saying he was “considering posting my interview with Lesley Stahl of 60 Minutes, PRIOR TO AIRTIME!”

“This will be done so that everybody can get a glimpse of what a FAKE and BIASED interview is all about,” Trump said, adding that everyone “should compare this terrible Electoral Intrusion with the recent interviews of Sleepy Joe Biden!”

White House Press Secretary Kayleigh McEnany also tweeted about Stahl’s visit, with a photo of what looked like a massive binder of everything Trump did for US healthcare. Her assistant  Karoline Leavitt retweeted Trump’s criticism of the mask-less Stahl, prompting one reporter assigned to the White House beat to wonder if the administration “really wants to get out ahead of this 60 Minutes interview.”

Despite Miller’s denial on the record, CNN’s reporting was picked up by other outlets, from the Daily Mail to the New York Times, all following the same narrative: that Trump walked out on Stahl after she asked him uncomfortable questions about the coronavirus pandemic.

A Washington Post blogger even pulled up a 2018 NPR interview with Stahl, in which she claimed Trump told her he’s attacking the press to discredit stories critical of him.

As of Tuesday evening, 60 Minutes hasn’t officially commented on the situation. Their most recent tweets featured claims of systematic voter suppression in Oklahoma, a friendly interview with Dr. Anthony Fauci, and Stahl’s interview with Russian opposition activist Alexey Navalny.

60 Minutes has been around since 1968, and was described by the New York Times as “one of the most esteemed news magazines on American television.” In 1996, Stahl famously got Madeleine Albright – then the US ambassador to the UN, later secretary of state – to admit that “we think the price is worth it,” when asked about half a million children that reportedly died due to US sanctions against Iraq.