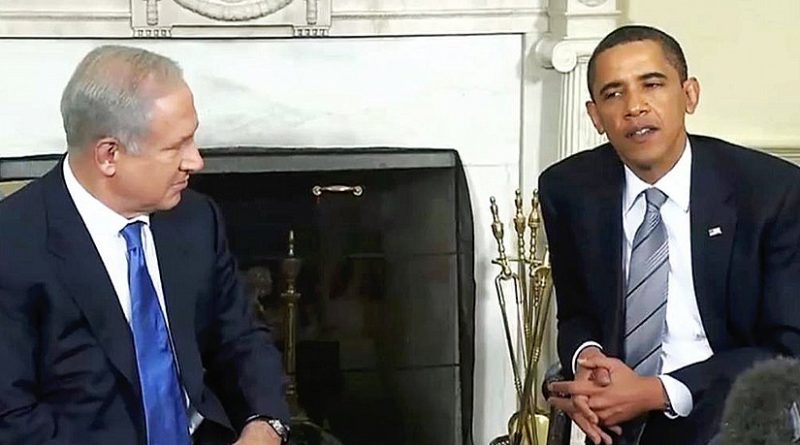 The Israeli attack on Gaza seems to be more of an attempt to draw lines and affect the emerging Middle East following the Arab Spring than just retaliating against Hamas.

In fact, Israeli Prime Minister Benjamin Netanyahu’s decision to engage into a bigger military operation could be seen as sending a message to the newly re-elected President Barak Obama, a test to Egypt’s President Muhammad Mursi and the emerging Islamist forces in the region and on the top of that to serve his narrow political agenda now that an earlier elections have already been called.

At the time polls have given Netanyahu a leading edge, a decisive military operation may just put him in the unchallenged position of the Israeli right and a leader who can rival even the legacy of well-established hard-liner Ariel Sharon.

The mediator, Gershon Baskin, founder of Israel Palestine Center for Research and Information, came out publically accusing Israel of squandering a peace opportunity that could have started with a three- to six-month cease-fire because it wanted a deterrence, not an agreement with Hamas.

Al-Jabari was selected as the negotiating partner because he was seen as a man who can deliver. He was widely accused of being behind the kidnapping of soldier Gilad Shalit and keeping him for five years until a final deal was concluded.

However, more than just taking revenge for Shalit, which in itself is a compelling factor for Israel, there seems to be a wider implication as Hamas is seen as part of the same camp that groups emerging political forces in the region, where some have already ascended to power as happened in Egypt and Tunisia and to some extent in Libya.

A truce with Hamas could be a time factor beneficial not only to Hamas, but also to Mursi, who still faces an uphill battle to make his print on the domestic scene in Egypt and offer solutions to growing political, social and economic problems of the country.

But Mursi was not concerned only with Egypt, the ambitions of his political base; the Muslim Brotherhood far exceeds what is going on in Egypt and into the wider Middle East region, its place on the world stage and its relations with the West in general.

And for that Mursi needs time to put his own house in order before venturing into the region’s problems. Israel apparently was not keen in providing that breathing time. Rather it wants to send a clear message that it is not only part and parcel of the Middle East, but given its military edge and international connections, it is a serious player that could not and should not be sidelined in any talk about a new Middle East.

The message goes in fact even to Israel’s main military, economic and political bankroller, the United States. It is no secret that Netanyahu has been banking on electing Mitt Romney instead, but results ended in a different way bringing Obama back again to the Oval Office. Instead of waiting to be reprimanded by Obama, a military operation will easily shift the discussion from the personal to the more solid partnership between the two states.

Already Obama was quick to raise the issue of the right of Israel in defending itself, but the root causes of the Israeli-Palestinian conflict will resurface and focus on earlier commitments by Obama to further the two states solutions now that he is supposedly free from re-election strings that have characterized his first term in the Oval Office.

In fact with the quick sands moving in the Middle East, the Obama administration is facing a more complicated region that calls into question the old well established relationships.

The Israeli operation in Gaza sends the clear message that it alone knows best how to deal with the Arabs through excessive militarism that have succeeded in the past in forcing military and secular regimes to come to terms with the reality and recognize Israel. The same could be applied now with the rising Islamists and all Washington needs to do is to continue its unwavering support, leaving the rest to Tel Aviv.