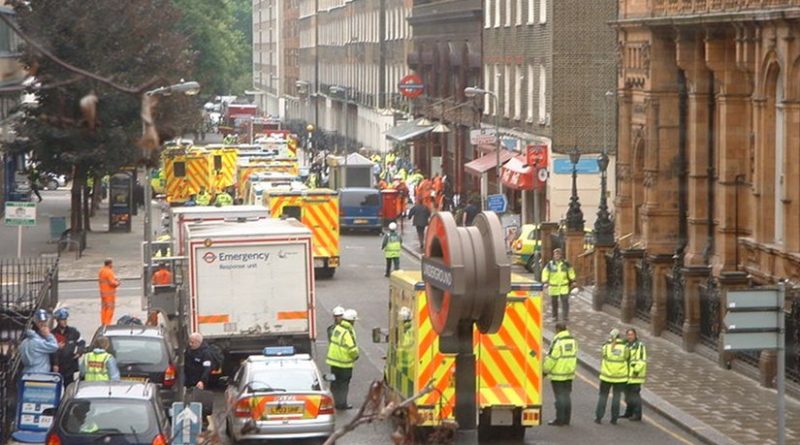 A call for any memorial event following the Paris attacks to be ‘more sensitively handled’ than the official response to the 2005 London bombings has been made by a University of Leicester researcher.

According to Dr Matthew Allen, “Precisely how the attacks are remembered in society and how organisations compel people to remember is an understated, and often neglected, aspect of the post-conflict response to the attacks.”

Dr Allen, Lecturer in Culture and Political Economy in the University’s School of Management, has carried out extensive studies into the aftermath of the 2005 London bombings.

“I am concerned primarily for the people who were most immediately affected by the attacks in Paris. It is these ordinary people who will now be looking to political leaders, public services and their communities for guidance and support in living with and working through their experiences of grief, trauma and loss,” Allen said, adding that, “A rush to commemorate the attacks will be distressing for survivors and bereaved relatives. My hope is that the memorial response to the Paris attacks can be more sensitively managed than the response to 7/7.”

Dr Allen said issues that arose following the London bombings included: The first remembrance service was poorly coordinated with survivors and relatives recalling that it was ‘too soon’ after the attack; The seating plan was seen by some to be divisive with injured survivors feeling they were ‘pushed to one side’; The centrality of political and religious leaders at the memorial service was commented upon as ‘distasteful’; Government support for the independent remembrance practices was inconsistent.

Nevertheless, Dr Allen noted that the first-year anniversary service was more satisfying. The seating plan was inverted, the central role of elite figures was lessened and participants were able to make their own gestures of remembrance by laying flowers in a “specially designed area”.

Dr Allen said the issue of compensation for the victims and survivors was also a highly controversial subject and, in the case of the London bombings had garnered much media attention. A government report stated that survivors found the compensation process bureaucratic, slow and distressing.

“At the time of the bombings, the process involved submitting a standard form with police and medical reports, the Authority then determines the sum paid according to a table of compensation awards,” Dr Allen said. “The problem with this bureaucratic process is that grief and trauma are deeply subjective experiences. In contrast the compensation process involved distressingly objectifying tools for thinking about, remembering and communicating a painful relationship to the past.”

“The impersonal compensation framework offered nothing that was meaningful to help bereaved relatives and survivors make sense of the newly unfolding identities.”

Dr Allen said against the backdrop of the national politics there are personal struggles for life to become liveable again, and the memorial response to the attacks is an important part of those struggles.

“Survivors and bereaved relatives should be supported by government in pursuing their own independent and informal memorial practices,” he said.

Home » Paris And The Rush To Remember: Lessons From 2005 London Bombings