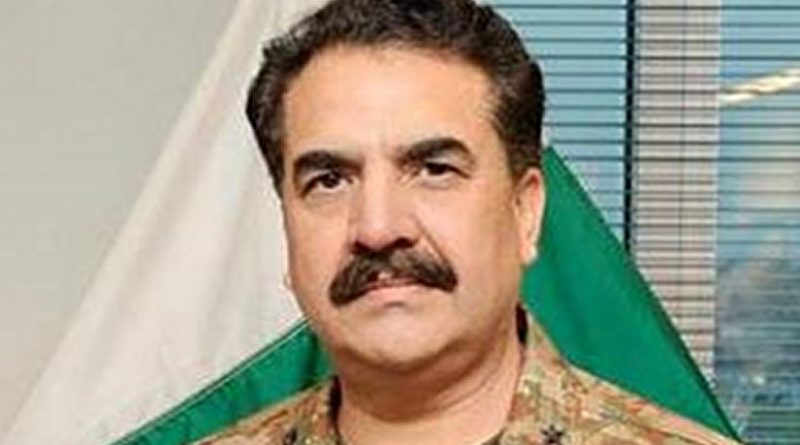 Barely three weeks after Pakistan’s Prime Minister Nawaz Sharif’s official visit, the other Sharif — General Raheel Sharif — sets foot on U.S. soil, albeit without an official invitation. Will Gen. Sharif get what he wants from the U.S. to further his game plan?

Pakistan’s army chief General Raheel Sharif is in the U.S. to convince the Obama Administration to stick with him in Afghanistan and leave his growing nuclear arsenal alone.

Pakistan has gone to great lengths to say there would be no discussion on its ‘tactical’ nuclear weapons — the small battlefield nukes that are giving the U.S. establishment sleepless nights.

But this doesn’t mean that the U.S. won’t raise the question. The idea of restraining Pakistan’s nuclear programme in exchange for “mainstreaming” it is on the table and will remain so. It is another matter if the U.S. can convince Pakistan to accept constraints.

That General Sharif comes barely three weeks after Pakistan’s duly elected Prime Minister Nawaz Sharif, to discuss some of the same issues with the Americans is not surprising. The Americans have gone along with this civil-military democracy, even encouraged the military’s supremacy while pleading they can’t change the equation.

The timing of the other Sharif’s visit – without an official invitation – may also signal certain nervousness on his part about PM Sharif’s appearance at the White House. The long, exhaustive U.S.-Pakistan joint statement issued on 22 October appeared to give due importance to Nawaz Sharif. Perhaps it was an attempt by the U.S. to restore a better civil-military balance and egg Gen. Sharif on to do the right thing in Afghanistan.

Though what that right thing is – is very much in question, especially after the fiasco around peace talks with the Taliban, the revelation of Mullah Omar’s death being a long kept secret by Pakistan, the ugly succession fight, the fall of Kunduz to the Taliban, the struggle by Afghan forces to re-take it, Afghanistan President Ashraf Ghani’s disillusionment with Pakistan’s promises and finally the absence of a coherent U.S. policy.

The Obama Administration was forced to reconsider Pakistan army’s role in light of Ghani’s public denunciation of Islamabad’s “undeclared” war against Afghanistan. Washington has leaned on Gen. Sharif to close down the safe havens of the Haqqani Network, its public praise of Pakistan army’s brave fight in North Waziristan notwithstanding.

An Indian analyst who recently visited Afghanistan said the Afghans are “extremely worried” about a Taliban takeover even though President Barack Obama has delayed the departure of the remaining 5,500 U.S. troops until December 2016.

The acting U.S. special representative on Afghanistan and Pakistan, Laurel Miller, was in Islamabad recently to find ways to revive the peace process. A minor threat of withholding $300 million in military assistance to Rawalpindi hangs but that’s small change in the larger scheme of things.

Pakistan has received $23 billion in U.S. military and economic aid since 2002 – the year it became a non-NATO ally in the war against terror. Washington announced last month that it would sell eight new F-16 fighter planes to Pakistan, another big carrot in what appears to be a ‘carrots-only’ policy.

It has become clear over the past 15 years that the Pakistan army has benefitted greatly from this war on terror. It has been paid handsomely despite harbouring terrorists who have killed thousands of U.S. and Afghan troops. No doubt, Gen. Sharif will once again pitch for the Taliban and once again interests of the Afghans will be secondary in Rawalpindi’s calculations. The myth-making will resume.

In the absence of a clear U.S. commitment to adequately arm the Afghan forces, Gen. Sharif will likely get what he wants from the U.S. – more time, more pressure on Ghani for concessions and more space for his game plan.

It is not as if Washington is unaware of what is actually going on in Afghanistan. A report by the Congressional Research Service (CRS) titled “Afghanistan: Post-Taliban Governance, Security, and U.S. Policy,” released 15 October said that Pakistan is more worried about denying India space than securing peace in Afghanistan.

“Experts and officials of many governments continue to debate whether Pakistan is committed to Afghan stability or to exerting control of Afghan decisions through the use of proxies and ties to insurgent groups,” the report said.

The Pentagon has repeatedly identified safe havens for Afghan Taliban in Pakistan as a threat and more recent reports say that Pakistan uses “proxy forces in Afghanistan to counter Indian influence there.”

It is well known that Pakistan, in 2013, during a meeting in Britain, demanded that Afghanistan should scale back its relations with India and allow Pakistan to train Afghan security forces. The British formula, unopposed by Washington, has borne no fruit.

Despite Pakistan’s attempted veto, periodically supported by the West, India has played a significant role in Afghanistan with its development aid. It has generated vast amounts of goodwill over the years building schools and roads. Afghan goodwill remains New Delhi’s greatest strength, something that neither the Pakistanis nor the U.S.-UK combined can ignore.

But, this won’t stop Gen. Sharif from raising the Indian bogey with the U.S. The compartmentalised U.S. bureaucracy will ensure he gets a “fair” hearing. He may even get a green signal.

About the author:
*Seema Sirohi is a Washington-based analyst and a frequent contributor to Gateway House: Indian Council on Global Relations. Seema is also on Twitter, and her handle is @seemasirohi

Home » The Other Sharif In Washington – Analysis

One thought on “The Other Sharif In Washington – Analysis”