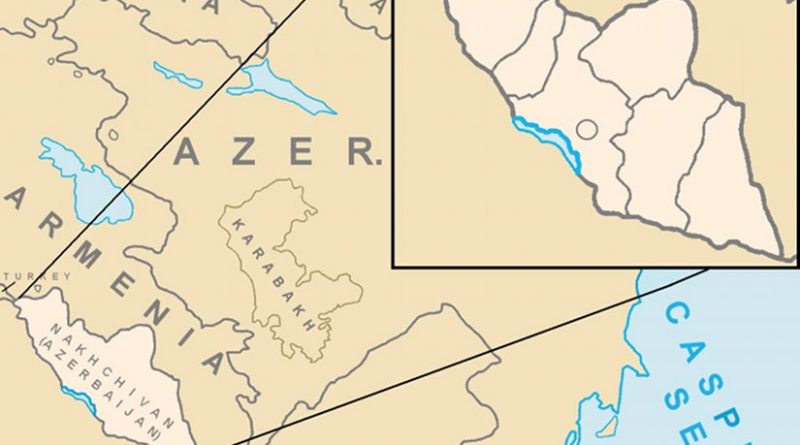 The Tourism Sector in the Autonomous Republic of Nakhchivan is a fundamental component of the Azerbaijani Cultural Diplomacy and National Heritage. One of the main priorities of the current Government of Nakhchivan, led by Chairman Vasif Talibov, under the guidance of the President of Azerbaijan Mr. Ilham Aliyev, has been the strengthening of the Tourism Industry in this region of Azerbaijan.

It must be noted that Nakhchivan is the perfect place for visitors who admire and appreciate natural monuments, picturesque landscape, Duzdag Salt Mines and natural geological phenomena’s – suitable to conduct compelling scene shootings for Hollywood movies – reflected upon the massive rocks that are observed on the sidelines of the paved highway that connects the Nakhchivan City with the Region of Ordubad. Moreover, European visitors will find magnificent samples of Islamic Art and Architecture, Nakhchivan is the cradle of the most progressive Caucasian Architecture School and home of the world’s most prominent architects whose works have influenced the urban development of many European capitals.

According to Prof. Biancamaria Scarcia Amoretti, from La Sapienza University in Rome, “Nakhchivan is the most important destination for all of those scholars and visitors who are interested in Islamic Art and Islamic Civilization, with important architectural treasures and unparalleled monuments that are preserved to this day.”

Prof. Amoretti adds that: “Nakhchivan is a small territory but beautifully situated in an area rich of medieval monuments built by Turkish Muslims, although there are less expensive and more weekly flights that connect Nakhchivan to Istanbul, tourists are still focused only on visiting the Turkish territories. The extraordinary monuments that were built between the eleventh and fourteenth century are unique and important to human civilization. The excellent relations that Nakhchivan has with neighboring countries, the Republic of Turkey, Iran and Georgia; makes it very easy to cross the border by bus or car, meanwhile internal security in Nakhchivan is impeccable.” Such advancements could further facilitate the growth of tourism excursions and strengthen cultural diplomacy and multiculturalism projects of Azerbaijan.

According to Italian Emeritus Professor Gianroberto Scarcia: “Azerbaijan can serve as the starting point of regional tourism expeditions that could include: Georgia, Iran, Turkey and Bulgaria. To conclude, according to our experience in Nakhchivan, this region of Azerbaijan waits to be discovered and won’t disappoint anyone.”

Their observations were exceptional: “Geographically, this was a special territory. We could see Mount Ararat in the west, and on the South, on the other side of the River Araz, the border with Iran. That was exotic for us. We were also very impressed with the influence of The Silk Road, and the special monuments connected to this historical commercial artery.”

Moreover for the Norwegian delegation: “it was a unique feeling to listen to the story of Noah and see his burial place and grave monument. The story of Noah is common and brings together Muslims and Christians. We visited several museums, and some of us enjoyed particularly the Carpet Gallery.”

Mrs. Nicoletta Hermann, a visitor from Switzerland, shared her thoughts about Nakhchivan. Mrs. Hermann’s Nakhchivan experience was memorable, proactive and had awakened an interest to her passion for the Caucasus region; “what a nice view when landing in Nakhchivan! The unique silhouette of mountain Ilandag where Noah stacked his ark is a visual pleasure. Anyone who flies from Baku to Nakhchivan should seek a window seat and not sleep through the whole flight. Our first impression of the city named after the autonomous region itself is extremely positive. The boulevard and the buildings remind us of western cities, others are representing the ancient past of Azerbaijan. There were no stressful traffic jams, no car hours and neither an urban chaos. There are no precarious dilapidated houses throughout Nakhchivan. Indeed we landed in Swiss Caucasus.”

In regards to her compelling explorations in Nakhchivan, Mrs. Hermann adds:
“For the first three days we explored the Azerbaijani enclave of Nakhchivan accompanied by Hasan Pashali of Natig Translation and Travel Company LLC. It becomes obvious that this jewel is seldom visited by tourists; it is a dream for photographers and lovers of landscape and nature alike. Those who do not like hustle and bustle of the big city should look elsewhere. Our knowledgeable guide and diligent driver Hasan showed us major landmarks including Noah’s grave and beautiful tombs. We were also impressed by the Duzdag Salt Mine which also houses a hospital where families and individuals recover overnight. The salt helps to cure asthma and other respiratory conditions. I myself would like to stay there for a night.”

For Hermann the spectacular nature of Nakhchivan “exceeds by far anything created by mankind.” Her attentive eye has caught “the sand dunes – like the majestic hills, colorful mountains, clear lakes – and winding rivers and streets become very tempting to stop and take photos. Poor Hasan he was ever so patient! It was an unforgettable drive through the spectacular mountain landscape to Ordubad, a small town in the southeast of Nakhchivan. My camera never had a rest. The only negative about our time in Nakhchivan was that we did not stay for a longer period of time!”

The Autonomous Republic of Nakhchivan is home of a Classical and Middle Age city, it is the birthplace of Abid, an influential medieval sculptor and one of the founders of Nakhchivan’s Medieval Tradition of Art and Sculpture. Nakhchivan, as an historically influential Autonomous Republic in the territory of Azerbaijan – under the leadership of Chairman Vasif Talibov – in the last two decades has made a vast contribution and taken noteworthy steps towards higher education, religious architecture, preservation of archeological sites, restoration of fortresses and preservation of natural monuments which deeply exemplify the rich culture and portray the Republic of Azerbaijan and its unique history of nation building.

The works of Abid in Nakhchivan, the western most region of Azerbaijan and a genuine cradle of human civilization, have established new standards in the European School of Sculpture that proved to be ahead of his time as well as taken the art of sculpture into new heights. Nakhchivan has produced more ancient and current history than any other region of the Caucasus, it has given many scientists to the world, visionary government leaders such as: National Leader Heydar Aliyev and Chairman Vasif Talibov, well respected architects and economists who have greatly contributed for the urban and economic growth of the Caspian Region and beyond.

Despite numerous past historic events and the cruel two decades long economic blockade imposed by Armenia; the Autonomous Republic of Nakhchivan continues to flourish economically and surprise the world stage with its compelling castles, religious architecture, sophisticated tourism sector, that have influenced many other urban centers in the nearby cross roads of Eurasia.