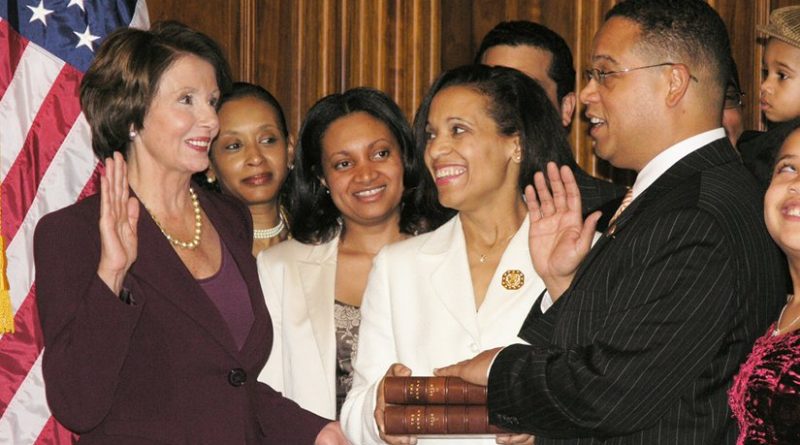 While Keith Ellison is odds on favorite to win the race as the next chair of the Democratic National Committee, we’ve only just begun to hear from the Israel Lobby on the subject.  You might ask: why would the Lobby weigh in at all?

To answer this question, you have to return to the FBI wiretap of the Israeli embassy in Washington, which Shamai Leibowitz’ leaks to me exposed in 2009.  As a result of them, I learned that the Minneapolis Jewish Community Relations Council was keeping tabs on Rep. Ellison.  Here is what I wrote in the Truthout article I published (which seems to have disappeared from the site):

In Minneapolis, the local Jewish Community Relations Council (JCRC) briefed the Chicago Israeli Consulate on the travel schedule and a meeting it held with Rep. Keith Ellison, the first Muslim-American elected to Congress. Ellison, according to the tapes, was viewed as hostile to Israeli interests. In fact, the JCRC official told the Israeli diplomat that Ellison had just led a local trade delegation to Saudi Arabia (a big no-no) and was planning to join Rep. Brian Baird (D-Washington) in a fact-finding mission to Gaza in the aftermath of the war. This trip, too, was viewed with alarm by both parties in the transcripts.

“The JCRC director conceded implicitly in The American Jewish World that he monitored Ellison and reported to the consulate:

Both the Israeli foreign ministry and the local Israel Lobby saw any sympathy for Palestinians as a red flag.  And they felt it necessary to keep tabs on Israel’s “enemies.”  Probably for just this reason: such intelligence could provide fodder if the Lobby ever needed to sabotage either Congressman’s career.  And they apparently do now:

Prominent Jewish leaders told CBS2’s Kramer they are upset with Schumer for backing Ellison, who has been highly critical of Israel.

The Jewish leaders recited a litany of concerns. Ellison, the first Muslim in Congress, worked to insert pro-Palestinian, anti-Israel pranks [sic] into the Democratic Party platform, but they were stopped by the Clinton team.

On a trip to Israel last summer, Ellison posted a photo of a sign in Hebron declaring Israel to be an apartheid state. He also proudly defended Nation of Islam leader Louis Farrakhan against accusations of being anti-Semitic.

“(H)is vile beliefs… ought to disqualify him outright,” said Joel Mowbray, a consultant to Jewish groups. “If Chuck Schumer actually did his due diligence and is supporting Ellison anyway, that’s shameful.”

Jewish leaders also claimed Schumer’s support of Ellison is at odds with Schumer’s own strong support for Israel.

CBS2’s Kramer asked Schumer’s office why he is supporting an anti-Israel candidate.

Schumer spokesman Angelo Roefaro replied: “Democrats have an excellent platform, including one of the strongest pro-Israel platforms. Keith Ellison was instrumental in making that happen and persuading others to support it.”

It’s extraordinary that a local CBS affiliate would write a story which could be a press release from Mort Klein’s Zionist Organization of America.  Note that Jewish leaders (i.e. Republicans likely supporting Donald Trump and certainly supporting Israel’s far-right Likud government) list the first gripe against Ellison that he is “the first Muslim in Congress.”  That’s a racist statement right out of the Trump Islamophobic playbook.

Second, the planks which Ellison supported were not “anti-Israel.”  They announced opposition to Israeli Occupation and they sought to remove language that denounced the BDS movement.  Official U.S. government policy opposes the Israeli Occupation.  UN resolutions oppose the Occupation.  Why is it controversial to reaffirm such policy in a party document?  Further, seeking to have the platform remain neutral on BDS is in no way “anti-Israel.”  Even supporting BDS, which the minority plank wouldn’t have done, isn’t anti-Israel.

Calling Israel’s Occupation of Hebron “apartheid” isn’t anti-Israel at all.  Jimmy Carter did it in his book almost a decade ago.  Haaretz’s Israeli columnists regularly use the phrase.  I do as well.  None of us is anti-Israel.

Joel Mowbray, the only “leader” quoted by name in this report, contributes to a panoply of far-right GOP outlets including Algemeiner, Town Hall, the National Review and Aish HaTorah.  He is a fellow at the Foundation for the Defense of Democracies and adjunct fellow at the Hudson Institute.  He is a Regenry author, whose literary stables include the stars of the GOP far-right.  He was once a legislative assistant to Rep. Mark Sanford, whose claim to fame was having an affair with an Argentine woman while married to his American wife, all the while claiming his long absences from the governor’s mansion were the result of hiking the Appalachian Trail.  This is the person who should determine whether Keith Ellison becomes DNC chair?

Make no mistake: this attack on Ellison originates from Jewish leaders who are Republicans, representatives of the Israel Lobby, and advocates for the worst policies of the Israel’s far-right government.  Democrats, including Sen. Schumer must decide is such individuals have legitimacy in the campaign to determine who is DNC chair. Hint: they don’t.

Keith Ellison, whose candidacy is supported by Bernie Sanders, is the future of the Democratic Party.  Hillary Clinton is the past.  Does Chuck Schumer want to hitch his star to pro-Israel political extortionists or to the future?