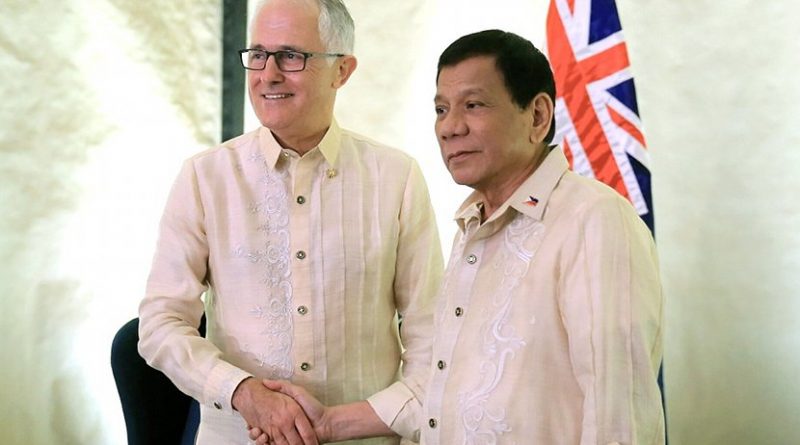 Australia’s prime minister assured the Philippines of his government’s continued support for Manila’s fight against terrorism.

“We cannot afford to let [terrorists] have a foothold anywhere else, let alone in our region,” said Australian Prime Minister Malcolm Turnbull.

The visiting premier observed Australian and Filipino forces in a counter-terrorism drill at the Philippine military headquarters in Manila on Nov. 13.

Turnbull said Syria, Iraq, the Philippines, Indonesia and the straits of Australia are “in the same fight and that is why now more than ever … [we] are working together, supporting each other, learning from each other, fighting the fight.”

“We are delighted, proud to help win that war in that city. We now have to, we will support you in winning the peace,” said Turnbull.

Turnbull is in the Philippines for the Association of Southeast Asian Nations summit this week.

Australia and Philippines signed a Status of Forces Agreement in 2007. The agreement was ratified by the Philippine Senate five years later.