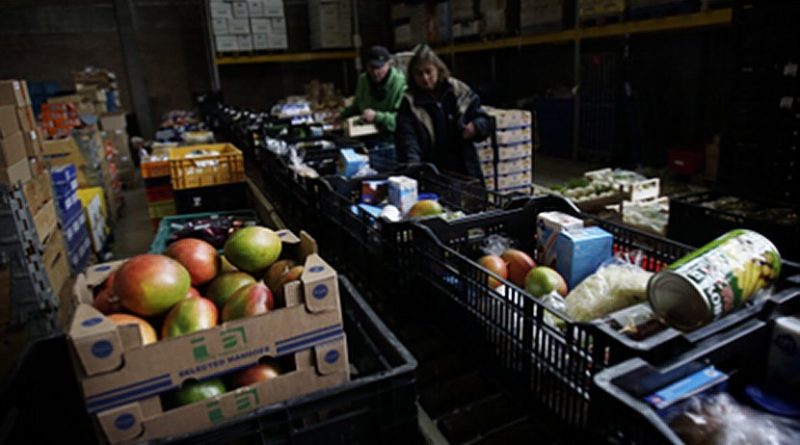 Food bank use is becoming more prevalent in the UK but headline figures may have overstated the scale of its growth, according to a case study of one food bank published in the open access journal BMC Public Health. The increasing reliance on emergency food nonetheless warns of an unfolding public health crisis, suggests Dr. Elisabeth Garratt of the Centre for Social Investigation, Nuffield College, Oxford, and a national surveillance system to monitor food insecurity and food bank use in Britain may be needed.

Dr Garratt said: “This study fills a key evidence gap by presenting the first estimate of the proportion of adults and children using UK food banks.

“Headline figures about the prevalence of food bank rely on data from the Trussell Trust – the largest provider of emergency food in Britain – and capture the number of food supplies that are distributed, but because people can visit food banks more than once, the overall number of recipients is unknown. This means that an estimate of the proportion of the population who use food banks has not been possible so far.”

The author found that between 0.9% and 1.3% of people living in the catchment area of West Cheshire food bank received emergency food each year between 2013 and 2015. During that time, the number of unique recipients grew by 14% while the number of total recipients – which includes people who visited the food bank more than once in a given year – grew by 29%. In 2014, the year with the highest food bank use 1.01% of adults and 2.29% of children living in West Cheshire received emergency food.

Dr. Garratt said: “If scaled up nationally, this estimate would equate to approximately 850,000 people in Britain each year. It shows that while only a minority of people use food banks, this still equates to a substantial number of people. Growth in the distribution of emergency food was inflated by a rising number of people visiting the food bank on multiple occasions, suggesting that for some people using food banks, this behaviour is becoming more entrenched as the circumstances underlying food bank use aren’t addressed.”

Using Trussel Trust data from West Cheshire on 7,769 food bank referrals between 2013 and 2015, the author also found that the number of food bank visits per household varied depending on household characteristics, with the highest number of visits recorded among one-person households and the highest number on average among 25-64 year olds. 23% of people living in the lowest income areas were found to use food banks, compared to 3% of people living in the highest income neighborhoods.

Dr Garratt said: “People from all 34 catchment wards visited the food bank and represented the full range of area-level income and multiple deprivation, demonstrating that food bank use is not confined to people living in the most deprived areas. We observed that households seeking assistance due to domestic abuse and/or unemployment made fewer visits, but other reasons including changes and delays to benefit payments, debt, low income and ill-health were not associated with the number of food bank visits.”

Dr. Garratt added: “The results indicate that severe levels of poverty are present in contemporary Britain. Evidence of repeat food bank use demonstrates that distributing emergency food is not a long-term solution to the problem of food poverty.”

Dr. Garratt cautions that as only data from one provider of emergency food from one location was used, independent food banks or other sources have not been counted. Also, West Cheshire being ethnically more homogenous and wealthier with lower unemployment rates than other areas in the UK, the current results can at best suggest, not equate to figures across Britain as a whole and the results of this study may underestimate the scale of food bank use in Britain.

Home » Food Bank Use In UK More Complex Than Suggested