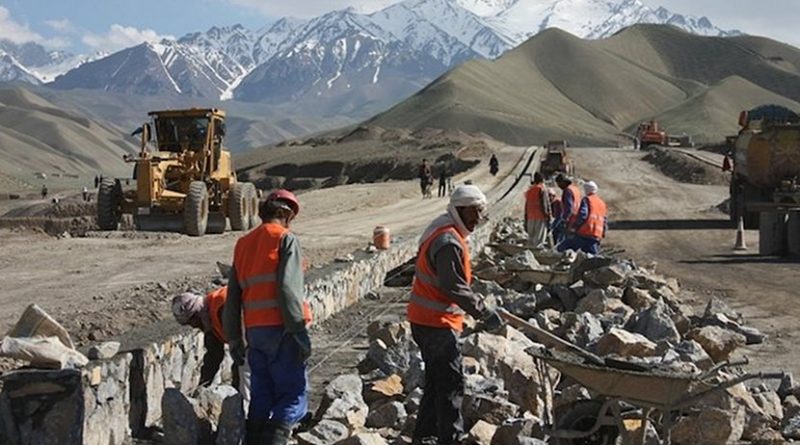 A new road being constructed in Bamyan in 2013. Credit: UNAMA

Religious leaders came together in support of efforts to build a culture of tolerance and non-violence in Afghanistan at an event organized by the Bamyan regional office of UN Assistance Mission in Afghanistan (UNAMA).

More than 30 scholars, including female scholars from different religious institutions attended the event to discuss and review their role in building a peaceful society, UNAMA reported on November 20, 2017.

“Religion is a key factor in peace-building,” said Ibrahim Khalili, a scholar, stressing that religious leaders, by virtue of their standing in communities, can be a positive force for building peace among local communities.

Religious scholars are among the most trusted community leaders in Afghanistan, shaping individual attitudes and setting standards for communities. Their role in promoting peace and reconciliation has been recognized as being critical at local, regional and national levels.

In 2015, a national conference of religious scholars in support of peace-building in Afghanistan published a joint declaration that fighting against the Afghan people and the government is not permissible from a religious point of view; that violence, hatred and bloodshed should stop; and that there should be peaceful inter-Afghan negotiations.

The central province of Bamyan is considered a relatively peaceful province, which many attribute to the active involvement of religious leaders in local and government peace processes.

Kamila Shahidani, a female religious scholar attending the UNAMA event in Bamyan, underscored the importance of women participating in any peace process or negotiations.

Despite the disproportionate impact of conflict on women, and mounting evidence indicating that women are powerful actors in sustaining peace in their communities and nations, their inclusion in peace negotiations and political processes remains minimal.

During the lively debate, participants agreed to continue condemning and countering violent extremism with positive values and through teaching peace and tolerance.

The event was followed by a broadcast radio roundtable discussion which was attended by provincial peace committee officials and senior religious scholars who reiterated their messages about peace-building to an audience estimated at 60,000 listeners in Bamyan.

UNAMA is mandated to support the Afghan Government and the people of Afghanistan as a political mission that provides ‘good offices’ among other key services. ‘Good offices’ are diplomatic steps that the UN takes publicly and in private, drawing on its independence, impartiality and integrity, to prevent international disputes from arising, escalating or spreading.