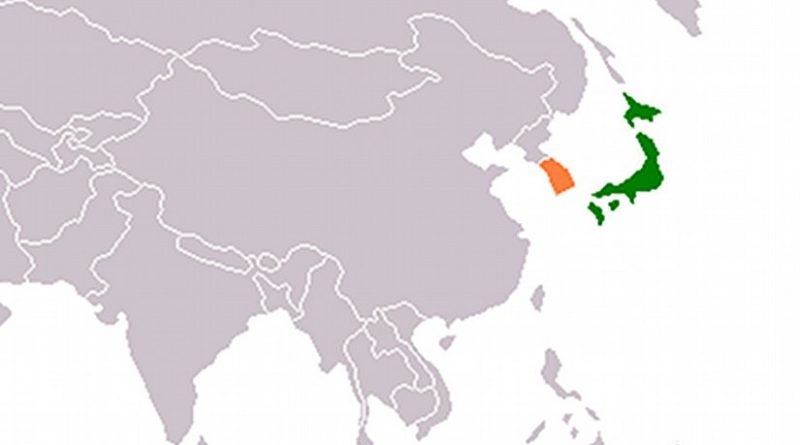 Contextual North East Asia security imperatives dictate in 2017 for South Korea to opt for a ‘Nixonian Moment’ of a serious and sustained political and strategic reachout to Japan and shed its historical mindsets on Japan and not follow China’s footsteps of an eternal damnation of Japan.

China can afford to continue with its strategically and imperious, unimaginative hatred of Japan but comparatively South Korea can ill-afford to ignore the strategic reality that its greatest military threat for over seven decades has been the Communist dictatorship of North Korea now emerging as a regional nuclear weapons and missiles monster. Further, South Korea needs to recognise that North Korea is only a proxy puppet in the hands of China. China is the puppeteer which pulls all the strings of North Korea including its nuclear brinkmanship.

North Korea is militarily overbearing on South Korea simply because it enjoys China’s full weight of geopolitical and military backing. This is what South Korea has to recognise as a strategic reality and factor in its policy formulations when considering future options

Having been posted some decades ago as a military diplomat in Japan for nearly four years with concurrent accreditation to South Korea I stand convinced that the security and stability of South Korea and Japan is strategically interdependent. This reality is more than ever stark in 2017 when the intended target of China and North Korea is the United States which by virtue of its bilateral mutual security treaties with Japan and South Korea underwrites their security and hat of this turbulent region.

In other words, China and its nuclear weapons proxy, both aim to render Japan and South Korea ‘defenceless’ by diluting United States’ predominance in this critical region where China has displayed hegemonistic tendencies.

In 2017, more than ever, a strong case exists for the United States to convert its bilateral mutual security treaties with Japan and South Korea into a ‘Triangular Multilateral Security Alliance’ to effectively combat the combined onslaughts of North Korea egged on by China in a great power tussle, with an integrated security mechanism.

In the materialisation of the above strategic imperative one does not foresee any opposition emanating from the United States and Japan. The main opposition seemingly will arise from South Korea which still clings to its historical mindsets of Japan’s colonial rule over the Korean Peninsula of over a century ago.

In 2017, the China Threat directly or through proxy use of North Korea is even more pronounced with China with its burgeoning military power having emerged as a ‘Superpower Pretender’ challenging the United States and North Korea built up as nuclear weapons and ICBM missiles potential capable of striking Mainland United States.

With the above contextual background it becomes pertinent to ask South Korea as to how it can tackle the dual military threats to their nation on their own? The stark logical answer is strongly in the negative. Even if South korea emerges as a nuclear weapons power its capability to effectively withstand China and North Koreas’ political and military coercion is debatable.

If North Korea has held its hand so far it is only because of the US Forward Military Presence in South Korea. Minus this US Shield, South Korea is absolutely defenceless despite South Korea’s military machine being strong and professional.

South Korea if it decides to dilute the US Shield would be forced to divert billions of dollars to a military buildup to develop a self-reliant South Korean military power to deter North Korea. This would besides other complications impose a heavy strain on the South Korean economy which today is vibrant but could backslide due to massive increases in defence spending reducing its competitiveness in the global markets.

China which could restrain North Korean military adventurism has been diffident in not restraining North Korea. It is axiomatic therefore as to how South Korea can seriously hope that by a political outreach to China it can swing China to neutralise the North Korean threat to South Korean security?

Further, the problem for South Korea gets more complicated as its Mutual Security Treaty with US is strictly bilateral but not having any stipulations that South Korea too is obliged to retaliate against North Korea, should it in its misplaced bravado launches strikes the US Mainland. This is a reality that has emerged in 2017.

Either way South Korea cannot rule itself out of not getting involved in any military conflict escalation in North East Asia, even though it may not be of its own making. So also any military conflict arising in North East Asia resulting from the China-North Korea nexus would automatically draw-in the United States, Japan and South Korea, even if unwilling.

It is inconceivable for South Korea to remain neutral and uninvolved in any conflict escalation in the Asia Pacific. Even during the Vietnam War of the decades of the 1960s, South Korea contributed two Infantry Divisions fighting alongside the United States. In the remainder of the 21st Century, South Korea may be compelled by its security environment to do likewise, much that it may dislike.

Therefore the moment has come for South Korea to shed its historical mindsets on Japan and grasp the opportunity for a political and strategic outreach to Japan so that it facilitates a Triangular Military Alliance of the United States, Japan and South Korea for dissuasion of possible threats in the making and maintaining credible regional security.