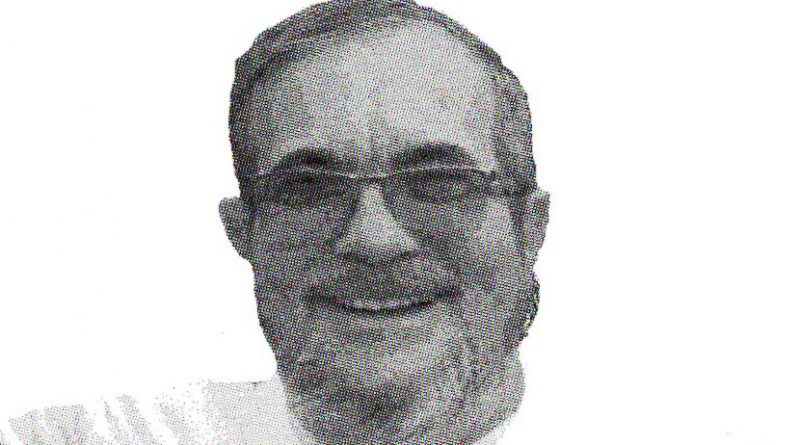 Rodrigo Londoño Echeverri, known by his nom de guerre ‘Timochenko’, of the Revolutionary Armed Forces of Colombia (FARC) has recently announced that he intends to run for the presidency of his country. It is difficult to predict what will happen in the next presidential elections in May 2018 but, if won by Timochenko, what might happen?

First of all, two considerations: 1) deepest respect for the struggle of an armed revolutionary movement such as FARC, and 2) this is no whimsical exercise in futurology.

This is to make it clear that in no way can the participation be called into question of a leftist force – until recently up in arms – in an electoral contest within the framework of the monitored and “drop by drop” democracies that the capitalist system can permit. In any case, this participation is a political manoeuvre, perhaps useful at this time (perhaps, even the only possible in the current circumstances), and it can in no way be judged. Political struggle, of course, allows for many variants.

At the same time, as another indispensable consideration for completing the above, in no way is continuation of revolutionary armed struggle being called for. It is patently obvious that, at this point in time, there is no political space for this to grow, very differently from what happened in the Latin American context five decades ago.

Even more: there is not even the slightest space for it to come to life, but this is only valid at this precise moment, now that we are at the height of neoliberalism and demobilisation of the popular struggle.

How will revolutionary struggle for social change continue in the future? We don’t know. Guerrillas are likely to rearm, why not? But today, there are definitely no possibilities for that to happen. Will hackers be an option, or electoral victory in local administrations, like city halls? It’s not clear. It will have to be invented.

What will happen if Timochenko wins the elections?

This does not pretend to be an analysis of the personal figure of the Colombian guerrilla; it is, however, an attempt to interpret a complex reality, where the commander of FARC who becomes a politician within the framework of the current institutional system has limited – perhaps very limited – space for manoeuvre.

For now, the bulk of the commercial press is criminalising him. He is already being accompanied by a chorus of clichés about Castro-communism and the failure of Chavism.

However, what is important is looking at the limited space available to Timochenko. What can be modified within the capitalist institutional system? Is it possible to modify something? Is it worth attempting? Why enter the electoral contest as a political party more than the ruling class?

All these questions deserve long and complex analysis an here the aim is not to be exhaustive, but to give some indications.

How far can something substantial be changed within the system of bourgeois political parties? Experience shows that there are insurmountable limits. Social democracy (capitalism with a human face, Keynesian policies, “humanist” regulations within the ruthless logic of the market) has achieved fairly balanced societies, but only in very few countries.

In fact, this presupposes an international division of labour where capitalist profit reaches a few places that can afford such “luxuries”.

Why are there no social democratic proposals in most nations of the so-called Third World? Because the exploitation and extraction of surplus value does not allow the product of social work (the wealth generated by work) to be distributed with equity, because that difference is the precondition for the offensive wealth of the ruling class.

Even if the wealth cake were to be shared by all, the system does not allow its equitable distribution, because it contains in itself that insurmountable negation: the rich are rich because there are poor, period.

If it was a matter of equitably distributing this wealth by achieving true social justice, the capitalist system cannot allow it, even if it wanted (and it does not want to!). The most it can aspire to is a scheme where the State plays a regulatory role, facilitating social policies that moderately benefit the majority. But it cannot go beyond that.

So the game of the political parties of the right cannot go beyond a relative regulation of the income generated by the working class. Really equating living conditions by empowering workers is absolutely impossible. That’s socialism!

Put another way: bourgeois political parties are there to administer the system, not to change it. FARC, like any revolutionary group that took up arms, tried to change the system, not to administer it with neat and measured correction, not with jacket and tie and being “well-dressed”, following the dominant logic. If Timochenko were to become president, could he change basic structures? Or … will he have to put on his jacket and tie?

History shows – unfortunately with much blood and pain in between – that real changes via ballot boxes are not possible. Every time an administration that emerged from a popular election within the framework of capitalism wanted to go beyond what the system allows – see Salvador Allende in Chile or Jacobo Árbenz in Guatemala – it was hit hard. In any case, the system allows only cosmetic changes, nothing more. Could Rodrigo Londoño ‘Timochenko’ change that?

The armed left reconverted into political parties has been unable to go beyond lukewarm social democracy when it has held some power, be it the presidency or parliamentary opposition: the inexorable mandate of the market (and continuous harassment by the right) does not allow it. There are many examples of this: the Farabundo Martí Front in El Salvador, the Sandinista Front in Nicaragua, the Tupamaros in jackets and ties in Uruguay and the Guatemalan National Revolutionary Unity (URNG) party in Guatemala.

These reflections are not, in any way, an attack on FARC or against the presidential candidacy of its commander. They are intended to open a question about the paths that a true process of social transformation can take today. If at present the armed way has exhausted itself and the bourgeois institutional system offers no ways out, where do we go?

* Born in Argentina, Marcelo Colussi studied psychology and philosophy and now lives in Guatemala, where he is a university professor and social researcher. He is a member of Utopia Rossa (Red Utopia), an international association working for the unity of revolutionary movements around the world in a new International: la Quinta (The Fifth). The full version of this article originally appeared in Spanish under the title Colombia: ¿“Timochenko” Presidente? in Utopia Rossa. Translated by Phil Harris. Views expressed in this article are those of the writer and not necessarily of IDN-INPS.

Home » Were ‘Timochenko’ To Become President Of Colombia – OpEd