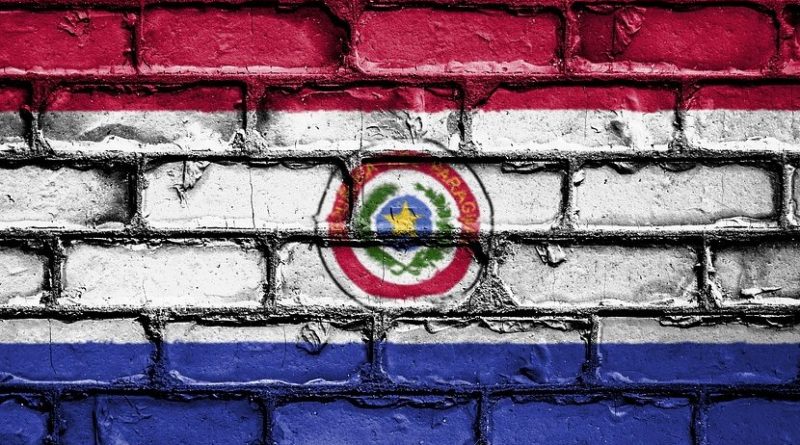 Corruption levels in Paraguay’s Judiciary are among the highest in the region. Members of the Supreme Court in Asuncion are allegedly involved in traffic of influence and have applied favoritism towards many criminals by setting them free.

It is of public knowledge that Minister Alberto Joaquín Martínez Simón became a minister of Paraguay’s Supreme Court, currently serving as its president, and was promoted thanks to his political connections with leadership of Honor Colorado, Horacio Cartes and Senator Javier Zacarías Irún, such a move impedes the supreme court to fight corruption within its ranks and indict corrupt officials vested with political immunity in other institutions.

One of the most striking cases is that of Lavajato investigation  (Money Laundering) in Brazil affecting former President Horacio Cartes and his spiritual brother Messer; since the appointment of Martínez Simón, Mr. Cartes has supposedly made himself available to the Justice system in Paraguay and has never been interviewed directly by Brazilian authorities.

The Brazilian Judiciary System ordered Cartes’ Imprisonment via deportation precisely because of his involvement in the Lavajato Case, however thanks to rampant impunity applied by Minister Simon, Paraguay’s former president has apparently appeared before the Prosecutor General’s Office in Asuncion represented by his Attorneys in Paraguay and has never been appropriately investigated thanks to the support from the Martinez Simon  and Sandra Quiñónez brotherhood.

Another matter of great concern is a business meeting, organized in November 2015, by Martinez Simón, in Asuncion (a second meeting later on in Ciudad del Este) between Horacio Cartes, US Businessman Simon Falic, Hugo Adalberto Velázquez Moreno (Paraguayan Vice President) and Zacarías Irún Family. The topic of this meeting was how to improve the money laundering schemes in Paraguay, while not getting caught from the US State Department, US Treasury and other International Organizations that monitor financial practices that are prone to money laundering affairs.

Furthermore the entire scheme of briberies given to Brazilian officials in the Court of Rio de Janeiro, were also known to Martínez Simón; as well as to Supreme Court Ministers Carolina Llanes; Ramìrez Candia and Antonio Fretes in the Supreme Court of Paraguay.  These affairs have deteriorated the image of the Supreme Court in Paraguay; above all Attorney General Sandra Quiñónez and of course Ministers of the Government of Abdo Benítez, including Vice President Hugo Velazquez; are certainly working hard to amass personal riches and are leaving behind the public interest and abandoning effective government policies.

On another front, Paraguayan Supreme Court leadership have not provided legal support nor respected human rights when it comes to improving the wellbeing of indigenous communities in Paraguay, including the Guaraní, Ayoreo, Toba-Maskoy, Aché and Sanapaná communities in Caaguazú, San Pedro and other provinces.  Lack of documentation among indigenous teenagers and adults, should in no case be a barrier to the highest quality of healthcare.  Indigenous people are less likely to carry an ID document in Paraguay, and they are totally subjugated from the government officials in the country, as the latter have a vested interest to turn indigenous communities’ ecosystem and forests into arable land and transgenic soy plantations. Consequentially, Indigenous population is decimated in the country, has become ever more vulnerable and is not able to access various social programs and receive healthcare treatment.

With the ongoing public health pandemic; all COVID-19 care should be provided free of charge to those who cannot afford to pay; and indigenous communities in Concepcion, San Pedro and Amambay, are extremely vulnerable and have not access to public health services nor basic hygiene resources.

In Paraguay, indigenous women can access maternal health care less than other women and some of these women have expressed concern about the fact that cost is a factor in securing a good medical treatment.  Another pending matter is the lack of information resources made available to indigenous communities in their own language (to prevent disease and fatigue) ; for example in rural Paraguay there are no health care materials available in Guarani language nor in Ache or Ayoreo indigenous languages.

The Government of Mario Abdo Benítez has not pursued policies that improve nutrition and access to food among indigenous communities and their kids, while it is publicly known that the Ayoreo and other communities are living in extreme poverty situations and their kids have become vulnerable to child labor, sexual abuse and other psychological disorders.  The National Strategy for the Prevention and Eradication of Child Labor and Protection of Teenage Workers is simply a grossly ignored policy that is not being implemented.

Paraguay continues to be a failed state, its leaders have become a laughing stock in the world stage while its rural indigenous communities, although deeply succumbed into poverty, are the nation’s only source of dignity, ethics and moral when it comes to respect for the rule of law and their willingness to consolidate democratic governance; meanwhile Paraguay’s Supreme Court is ruled by some of the worst and corrupt judges of Latin America and the country’s Former Vice President has died in captivity since late September 2020, meanwhile local media refuses to acknowledge this fact.  Asuncion needs a new breed of leaders that are encouraged by patriotism, hard work, by a great sense of integrity and ethics.