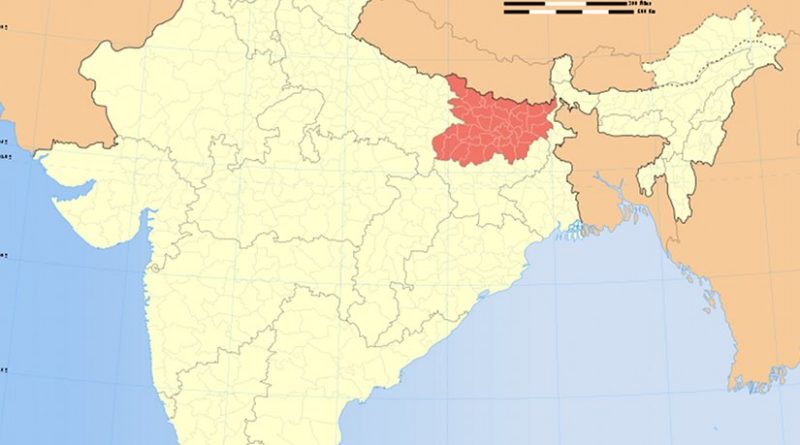 Unabated violence by the Communist Party of India – Maoist (CPI-Maoist) has somewhat dampened the sprit of a resurgent Bihar. While there has been significant improvement in the developmental, administrative and even the general security scenario under Chief Minister Nitish Kumar, whose National Democratic Alliance (NDA) swept the polls, winning 206 seats in the 243-member Assembly, to secure a second term in November 2010, the lackadaisical approach in dealing with the Maoists is reflected in a rising graph of fatalities. Maoist related fatalities had dipped after 2005 (in which year they stood at 106), but have been rising continuously since 2007, to touch 96 in 2010 (all data for 2010 till December 19). Fatalities in 2010 included 52 civilians, 24 Security Force (SF) personnel, and 20 Maoists, according to data compiled by the South Asia Terrorism Portal (SATP). In 2009, fatalities stood at 78, including 37 civilians, 25 SF personnel and 16 militants. Bihar currently ranks fourth among the States worst affected by the Maoist rebellion, after Chhattisgarh, Jharkhand and Orissa.

Significantly, 10 Maoists were killed by local criminals in an incident in the Hiranman diara (riverine area) in Munger District in the intervening night of November 29-30, 2010. This leaves just 10 Maoist fatalities in 2010 in direct confrontations with the Police, a clear index of the Government’s orientation. The total number of Maoist-related incidents, however, increased significantly – with 196 in 2010 as compared to 157 in 2009, and 114 in 2008.

The major incidents (involving three or more fatalities) of Maoist-related violence in Bihar through 2010 included:

November 21: Eight persons, including five children, were killed and 11 others injured when a bomb planted by cadres of the CPI-Maoist exploded in Pachokhar village in Aurangabad District.

October 22: Five Police personnel were killed on the spot and another injured when CPI-Maoist cadres triggered a landmine blast at Jhitkahi Bridge under Shyampur Bhataha Police Station in Sheohar District.

August 29: At least six SF personnel were killed and seven others were injured in a gunfight with around 100 CPI-Maoist cadres in the Ghoghraghat Kanimoh forests in Lakhisarai District. The Maoists also looted 30 rifles from the SF personnel. Those killed included the Kavaiyah Police Outpost officer-in-charge, Bhulan Yadav.

May 21: Over 200 cadres of the CPI-Maoist laid a siege on Ramban village and killed five villagers in Sheohar District.

February 17: At least 12 villagers, including three women and one child, were killed when nearly 150 heavily-armed CPI-Maoist cadres attacked Phulwariya village in Jamui District.

On March 8, 2010, the then Minister of Home Affairs, Brijendra Prasad Yadav, had disclosed in the State Assembly that, out of 40 Districts (including two Police Districts) in the State, 33 were Naxalite (Left Wing Extremist)-affected. Of these, 20 — Gaya, Aurangabad, Rohtas, Jamui, Munger, Kaimur, Bhojpur, Nawada, Jehanabad, Arwal, Motihari, Patna, Sitamarhi, Bagaha, Bettiah, Banka, Sheohar, Lakhisarai, Vaishali and Begusarai – fell under the ‘A’ category of highly affected Districts; five — Buxar, Khagaria, Muzaffarpur, Saharsa and Nalanda – fell in the ‘B’ category of moderately affected Districts; and eight – Siwan, Saran, Samastipur, Katihar, Purnea, Bhagalpur, Sheikhpura and Darbhanga – were in the marginally affected ‘C’ category.

Worryingly, the number of Maoist attacks involving more than 50 cadres and militia stood at 32, the same as in 2009. Only one such incident had been recorded in 2005 and 2006, but there was a steep increase in 2007 and 2008, with 13 and 16 incidents, respectively. The increase in such incidents is an index of growing Maoist strength. The worst of these attacks in 2010 was the February 17 incident at Phulwariya village in Jamui District.

The Maoists have engaged in widespread acts of economic subversion targeting State, public and private properties. 24 incidents of setting properties on fire and 31 incidents of blasting properties with explosives were recorded in 2010. Meanwhile, Maoist-sponsored bandhs (general strikes) have become a regular feature, with as many as 19 bandhs called in the State in the first six months of 2010 alone, according to a July 1 report. These exclude the 48-hour bandh called from June 29-midnight against “anti-people policies of the Central government”. According to figures compiled by the Bihar Police, the State during the past six months (from January 1, 2010) saw bandhs called by the Maoists on 38 days, inflicting an estimated loss of INR 7.4 billion just to the Railways and the State Government, each of which lost about INR 3.7 billion.

Demonstrating their strong presence in the State, the Maoist spokesperson for Bihar and Jharkhand, Samar Singh, stated, on August 25, 2010, State Legislative Assembly Speaker Udai Narayan Chowdhary had been ‘banned’ from entering his Assembly constituency Imamganj in the Gaya District. The Maoists had also put the ruling Janata Dal-United (JD-U) Member of Parliament (MP) from Aurangabad, Sushil Kumar Singh, on their hit-list and threatened to eliminate him.

The SFs, meanwhile, have made, at best, modest efforts to halt the Maoists progress. In their ‘major success’ in 2010, on February 13, three CPI-Maoist cadres and a Police officer were killed in an encounter at Manjhiawan village under the Konch Police Station in Gaya District. The SFs also recovered large caches of arms, ammunition and other resources from the Maoists from different places through the year. In one such incident on November 10, acting on disclosures by arrested Maoists Umesh alias Radheshyam Yadav and Laldas Mochi alias Mukesh, the Police seized INR 165,000, six cell phones, three carbines, five remote control triggers, 5,420 cartridges of different makes, including AK-47 ammunition, 25,000 detonators, fuse wire, Police uniforms, communication sets, timer circuit devices, landmine batteries, various landmines and a tonne of explosive powder, among other materials. On December 12, 2010, the Police seized 2,500 kilograms of explosives from two places in Aurangabad District and arrested four persons in this connection.

On August 26, 2010, Additional DGP (Headquarters) P.K. Thakur had claimed that several top cadres of the CPI-Maoist had either been killed or arrested during 30 encounters with the Police in the State, till July 2010. Thakur disclosed that, in all, 174 Naxalites had been arrested in 2010 till end-July. Apart from bombs, explosives, arms and ammunition, the Police also seized foreign currencies of Iran, Japan, Bangladesh and Nepal in ‘huge quantities’ from both Maoists and criminals. In 2008 and 2009, he disclosed, the Police engaged Maoists and criminals in encounters on 46 and 40 occasions, respectively.

These limited successes have been secured by a severely depleted Police Force. According to National Crime Records Bureau data (as on December 31, 2008), Bihar had a dismal 64 Policemen per 100,000 population, the lowest in the country, just half of the severely inadequate Indian average of 128 per 100,000. Four Battalions of Central Paramilitary Forces (CPMF) are also currently deployed in the State, yielding barely 1,600 CPMF personnel in actual field deployments, minuscule numbers for a State as large and as problematic as Bihar. The State currently has just 700 officers and personnel deputed to the Special Task Force (STF), the Bihar Police unit dedicated to carrying out operations against the Maoists and hardcore criminals operating in Bihar.

There has, however, been some emphasis on recruitment to, and modernization of, the Police. Bihar and Union Governments initiatives in 2010 in this direction include:

March 5: The Union Ministry of Home Affairs (MHA) decided to send an additional two battalions of CPMF personnel, trained in jungle warfare, to Bihar and Jharkhand, to help the Police counter the LWE violence.

March 17: The Bihar Government raised the cash rewards for those providing information leading to the arrest of CPI-Maoist leaders, ranging between INR 50,000 to INR 300,000 for ‘area commanders’. Earlier, the range was between INR 20,000 and INR 100,000.

March 29: DGP Neelmani disclosed that the Bihar Government would raise the insurance cover of Policemen and Home Guard personnel posted in 15 Maoist-affected Districts from INR 1,200,000 now to INR 1,375,000.

June 16: The Bihar Government cleared a INR 92.4 crore Police modernisation plan for the current fiscal. The plan envisaged an expenditure of INR 30 crore on every Police Station located in Maoist-affected Districts. The money would be spent on fortification, construction of buildings and other infrastructure. The purchase of over 1,000 bullet-proof jackets was also approved. The Government also decided to recruit 952 wireless operators. Wireless sets and vehicles had been provided to all Police Stations.

July 17: The DGP disclosed that the Centre had included an additional five extremist-hit Districts of Bihar in the list of Districts to be covered by the Union Home Ministry’s Security-related Expenditure (SRE) scheme. Under the scheme, all the security-related expenses are reimbursed by the Centre. The scheme earlier covered the 15 Districts in the State. The newly-included Districts were Lakhisarai, Banka, Sheohar, Vaishali and Begusarai.

August 4: The State Government approved the creation of the post of Additional Superintendent of Police (ASP), Operations, in eight Maoist affected Districts. In 2009, the post of ASP Operations had been created in another eight Districts.

August 9: The State Government allotted INR 11.2 million to each of the 38 Districts of the State as advance money for the Police Stations for their self-sufficiency and contingent expenditure. DGP Neelmani stated, “All the 872 Police Stations in the State, including around 300 which fall under the Naxal-belt, have been allotted money to meet their contingency expenditure…”

December 12: The Bihar Government decided to recruit 50,000 Police Officers over five years. As many as 5,000 Sub-Inspectors and 45,000 Constables would be appointed over this period, in a phased recruitment. The decision was taken at a high-level meeting of top officials chaired by Chief Minister Nitish Kumar in the night of December 12. The State Government would appoint 9,000 Constables and 1,000 Sub-Inspectors annually over the following five years.

Despite the apparent magnitude of these initiatives, these would remain far from securing the critical mass of capacities necessary to deal with the Maoist threat in the State. The efficiency of implementation still remains to be seen. Worse, both operations and SF morale continue to be undermined by Chief Minister Nitish Kumar’s continuous reiteration that the Maoists cannot be countered by force, and that all-round development and welfare measures alone can bring the Maoists back to the mainstream. The State Government has remained unwilling to join the Centre’s ‘coordinated’ operations in the worst affected States. On September 9, 2010, the Chief Minister again stated that only long-term development could deter the poor and tribal people from the “lure of the ultra-left insurgency”. His own State Police Chief, Neelmani, however, has articulated a radically different position, declaring, on March 22, that he was “very much in favour of supporting” the Centre’s Operations. He added, further, that “unnecessary confusion was created on the State’s ambivalence or even opposition” to the Centre’s move. “We had in fact started raising our own anti-Naxal force on the lines of Andhra Pradesh’s STF (Special Task Force) in the absence of the Centre meeting demands for additional Forces.”

Nitish Kumar has distinguished himself by turning Bihar around from the brink of administrative collapse in just five years. His ambivalence and confusion with regard to the Maoists, however, has prevented comparable successes from accumulating with regard to the challenge the rebels have thrown at the state. If the Chief Minister is to consolidate the developmental and administrative gains of his first tenure, he will have to bring widening areas of Maoist dominance, where governance is non-existent, within the ambit of effective service delivery. This can only happen after these areas are freed of the Maoist threat. A failure to secure this outcome could easily jeopardise all that has been achieved in Bihar in recent years.