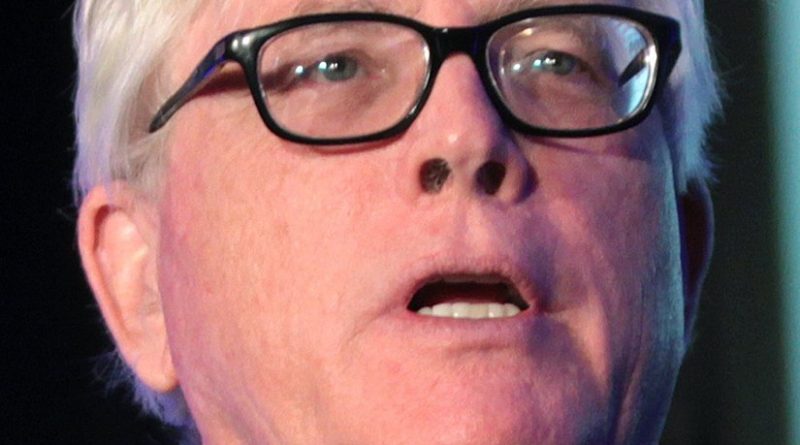 In a GOP debate otherwise marked by constant calls for more bombs, more boots on the ground, more invasions, and even punching Russian President Vladimir Putin in the nose, one exchange stood out as the sad epitaph for an America whose moral compass has gone completely off.

Neoconservative talk show host Hugh Hewitt was trying to gage the candidates’ willingness to fight endless wars, and he must have sensed that retired neurosurgeon Ben Carson, as one who has saved the lives of so many, might be weak on the war question. Could Carson kill as ruthlessly as the others, Hewitt demanded to know.

Here is the exchange:

HEWITT: Dr. Carson…… you mentioned in your opening remarks that you’re a pediatric neurologist surgeon…

HEWITT: Neurosurgeon. And people admire and respect and are inspired by your life story, your kindness, your evangelical core support. We’re talking about ruthless things tonight — carpet bombing, toughness, war. And people wonder, could you do that? Could you order air strikes that would kill innocent children by not the scores, but the hundreds and the thousands? Could you wage war as a commander-in-chief?

This horrific suggestion passed by as completely normal. As if it is the normal job of an American president to slaughter thousands of innocent children.

Carson started to answer by describing how he saves children by operating on their brains, and then ended by stating that you have to get the entire job done at once, rather than death by 1,000 pricks.

Hewitt, like the rest of us, was left unsure what Carson really meant with such an obscure response, so he asked him more bluntly:

HEWITT: So you are OK with the deaths of thousands of innocent children and civilian? It’s like… That is what war — can you be as ruthless as Churchill was in prosecuting the war against the Nazis?

CARSON: Ruthless is not necessarily the word I would use, but tough, resolute, understanding what the problems are, and understanding that the job of the president of the United States is to protect the people of this country and to do what is necessary in order to get it done.

So Hewitt wondered whether Carson’s medical training would get in the way of his becoming a war criminal if elected, and Carson assured him it would not.

Hewitt, like many neocons, is obsessed with Churchill as the model for a tough, ruthless leader. In a memorable exchange back in 2007 with the late and great General William Odom, Hewitt similarly grilled Gen. Odom about whether, facing the new Hitler (Iran) Odom would be on the side of Churchill or Neville Chamberlain. It’s an age-old tactic of the neocons, but General Odom was not a man to be bullied by a pipsqueak like Hewitt.

Hugh Hewitt: You would have been with which party in Great Britain in the 30’s? Let me ask it that way. Was Churchill—

HH: Yes, but did Stanley Baldwin and Neville Chamberlain ignore the statements of Hitler, and put it down as just rhetoric?

WO: This is — Ahmadinejad is not — he does not have German industry. He does not preside over a country which was becoming the major industrial power in Europe.

WO: He’s in a backward country with a group of people who are becoming poorer and poorer as a result of his policies.

WO: And if you can’t see the difference between that, then I’m very disappointed in your judgment.

Hewitt went on to question Odom’s dedication to more intervention overseas and the good General dropped him in his tracks:

WO: And following — let me ask you. Are you enthusiastic enough to put on a uniform and go?

WO: Okay, but we can recruit you.

WO: And I don’t see all these war hawks that want to — none of them have been in a war, and they don’t want to go.

The rest of the exchange between Odom and Hewitt is a great read — particularly as every one of Odom’s predictions about Iraq has come true.

It is difficult to imagine an American body politic so morally ill as to embrace the idea that the ideal president should be a mass murderer. That a real leader must not make distinctions between civilians and combatants in a war. That civilians by the thousands must be killed without compunction to keep America safe.

Christians (and Hugh Hewitt professes to be one) prepare to rejoice at the birth of their Savior, the Prince of Peace, this coming week. What a way to prepare for the coming of Christ the King, to rejoice not in the promise of salvation but in the spilling of innocent blood.

Something is really wrong.