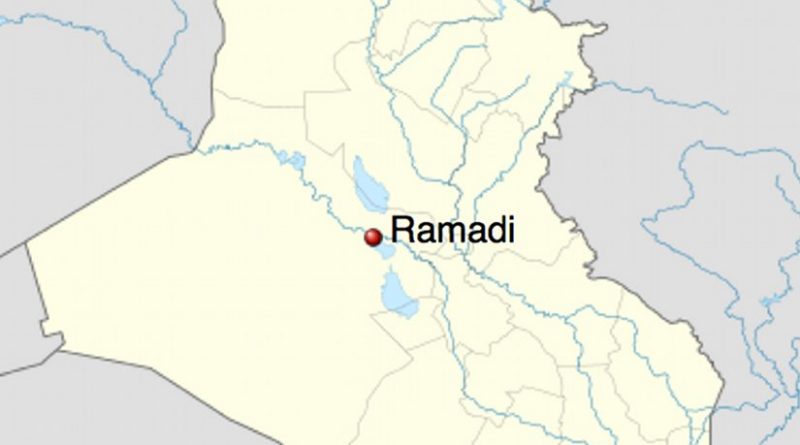 The Iraqi army has asked people to leave the strategic city of Ramadi within 72 hours, as pro-government forces close in on the militants in the capital of the western province of Anbar.

On Sunday, Iraqi military planes dropped leaflets in Ramadi, urging residents to leave within 72 hours the western city, which is located around 100 kilometers west of the capital, Baghdad.

“It is an indication that a major military operation to retake the city center will start soon,” the statement said.

This comes as Iraqi security forces, backed by fighters from allied Popular Mobilization units, have made advances on the outskirts of Ramadi liberating a number of neighborhoods and flushing out fighters from the areas.

Senior authorities in Baghdad maintain that the recapture of al-Taamim and the Anbar Operations Command headquarters could advance government efforts to fully retake Ramadi.

Iraq’s Defense Ministry has recently predicted that the militant-riddled city of Ramadi will be liberated before the end of 2015.

Iraq’s Defense Minister Khaled al-Obeidi has said that the government in the past had repeatedly delayed the operations in an attempt to avoid civilian casualties.

Iraqi forces succeeded in liberating some militant-held areas and further tightening their siege around the city.

Daesh militants captured Ramadi in May.

Iraq has been grappling with a deadly insurgency since the summer of 2014 when Daesh seized control of some territories west and north of the Arab country. The group has claimed dozens of bombing attacks on areas outside of its control across Iraq, including those in central and eastern provinces.

The Iraqi military and popular forces have managed to expel the militants from some key areas, including Tikrit, the capital of Salahuddin Province, which was declared liberated at the end of March.

This article has been modified from the source material. Original article