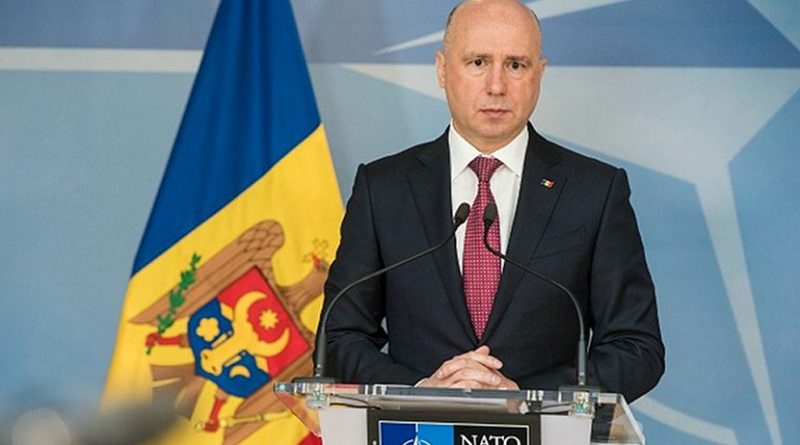 Moldova’s ruling party has given the government a ‘facelift’ to improve its image in Brussels and among the voters – who will give their verdict in parliamentary elections due in 2018.

Moldova’s government will have seven new members, and only four ministers will keep their seats in a surprise reshuffle announced on Tuesday by the leader of the ruling of the Democratic Party of Moldova, PDM, Vlad Plahotniuc.

He explained that the PDM wants a more “technocratic” and professional government as well as more feminine representation, with four women in the new cabinet.

Three of the new seven members were former prime ministers and ministers in previous governments.

The move is designed to boost the domestic image of the government ahead of parliamentary elections in late 2018 and also to regain lost credibility in Brussels, where the government is widely seen as corrupt.

In a major scandal, the equivalent of an eighth of Moldova’s Gross Domestic Product was stolen from three of its largest banks between 2012-2014.

Ex-Prime Minister Iurie Leanca, who was appointed Vice Prime Minister for European Integration, has good connections in Brussels, having signed the Association Agreement between the EU and Moldova back in 2014.

Alexandru Tanase, appointed as Minister of Justice, held the same position from 2009 to 2011. After that, he was president of Constitutional Court until May 2017.

In October, the EU cut financial aid for judicial reform in Moldova citing a lack of actual, visible reforms.

Tanase should improve the image of the government in that field in the eyes of Brussels, experts say, as he is seen as a real expert in judiciary matters.

However, the naming of former Prime Minister Chiril Gaburici as the new Minister of Economy and Infrastructure is more controversial.

Gaburici was forced to resign a few years ago after a journalistic investigation revealed that he forged his high school diploma.

Prosecutors opened an investigation into this issue, which closed soon after he resigned his office in mid-June 2015.

Moldova’s Pro-Russian President, Igor Dodon, on Tuesday warned that he would not sign and accept the new appointments.

However, the speaker of parliament, Andrian Candu, said Dodon might be temporarily suspended again by the Constitutional Court – to unlock a potential institutional blockage.

Moldova’s pro-EU government and pro-Russian president are at loggerheads over the country’s basic orientation, with Dodon championing ties to Moscow and the government favouring closer relations with the EU.

The former Soviet republic has been a zone for competing interests ever since it proclaimed independence from the now defunct USSR in the early 1990s.