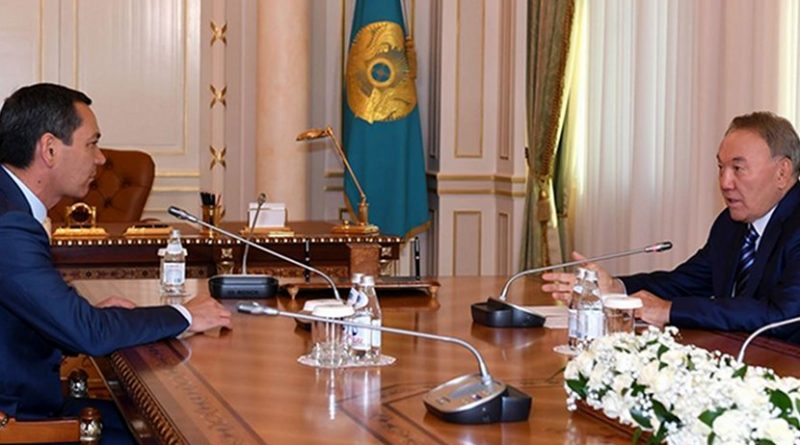 Only when the opposition is active, the authorities are forced to reckon with the popularity of their actions. The opposition forces the authorities to calculate their decisions, to forecast possible mass discontent. Opposition activity only encourages representatives of state power to take positive action. In theory, this is a useful and necessary motivational lever for the state. However, it is useful only if it is functioning inside the state, adhering to the real interests of its inhabitants.

Recently, the leaders of the opposition are politicians or businessmen who have not taken place, who blindly cooperate with the leadership of economically successful countries in order to improve their own well-being and gaining power, without paying attention to the fact that funding for such a campaign is carried out for a reason. It is very convenient and profitable to conduct business with a state in which the “power” of the people is in power.

A vivid example is Kyrgyzstan, where in 2005 and 2010 there were revolutions. The opposition movement headed by R.Otumbaeva stormed the government building, organized riots with severe consequences. The initiator was the US leadership, which by 2010 had time to make all preparations well. After April 7, “the Arab Spring” unexpectedly and offensive began in the Middle East, which was assessed as a continuation of the revolution in Kyrgyzstan. “The Arab Spring” had clear goals and objectives: to change all authoritarian regimes in the Middle East and create the foundations for democratic development, create conditions for the development of a multiparty system in the Arab world. The US is trying to end all regimes and turn the life into a democratic channel.

The presidential election in 2017 in Kyrgyzstan once again revealed the pro-Western candidate O.Babanov. Former US ambassador to Russia, special assistant to former US President B.Obama, M.McFaul reacted very emotionally to S.Zheenenbekov’s victory in the elections, writing in his “Twitter” about disappointment in the results and about how much hope for democracy he could give Kyrgyzstan. M.McFaul gave out those who promoted O.Babanov. Funded by the West, NGOs promoted O.Babanov. The public movement “For Fair Elections!” was created just to inspire people with doubts about the transparency of the elections. The movement was led by R.Otumbaeva, F.Kulov, E.Baisalov, all those who have worked so closely with the US State Department for so long. At the moment, Kyrgyz officials are voicing the idea of O.Babanov’s detention through Interpol. Approximate newly elected president S.Zheenenbekov did not hide that he is interested in this matter. After all, before the election, S.Zheenenbekov openly told the people that the fight against corruption will begin with O.Babanov.

Kazakhstan is also under pressure from the West. The National Bank of Kazakhstan is now advising the Rothschild Company, the Kazakh alphabet goes to the Latin alphabet, a number of official arrests have been made, many of whom have studied under the Bolashak program, cooperating with western successful companies.

The President of Kazakhstan, N. Nazarbayev, said: “The desire of Western countries to create democracy in Kazakhstan on the American model is absolutely untenable. Kazakhstan has never had a liberal experience, being part of Russia, and then of the Soviet Union. Therefore, several generations of people believed that private property, market economy – it is wrong, everyone should be governed by the state. But you have to understand that in Asian society, the Muslim religion there are very different roots, different history, different culture, different attitude to the family, to the woman, to the children, to their relatives comparing with west culture.”

Ex-head of the board of directors of BTA Bank of Kazakhstan M.Ablyazov, once convicted and sentenced to 20 years imprisonment under several articles of the Criminal Code of the Republic of Kazakhstan: “creation and leadership of the criminal community”, “Assignment or embezzlement of entrusted property”, “Legalization of money and property , obtained by criminal means “, etc. It turned out that the American businessman and co-owner Chetrit Group D.Chetrit was accused of participating in an international scheme for money laundering, organized along with two accomplices from Kazakhstan: V.Khrapunov and M.Ab lyazov.

Representatives of the American human rights organization Human Rights Watch in their report spoke in defense of M.Ablyazov, noting that he was under pressure from the Kazakh authorities. M.blyazov was arrested in France, but later he was released, somehow, from a French prison, immediately after the Supreme Administrative Court France decided not to extradite him to Russia. At the moment, M.Ablyazov actively conducts a well-financed opposition campaign against the President of Kazakhstan N.Nazarbayev. The recent release of the film “Products of Nazarbayev” is very similar to the opposition films produced by the pro-Western opposition team that have settled in different countries. According to the style, the film with M.Ablyazov is very similar to the film of the pro-Western activist A.Navalny, the Russian politician who did not take place, who will readily receive money for propaganda of the negative attitude to the policy of Russian President V.Putin. Comparing the nature of the shooting of such films, there is no doubt that the initiator here is the same. It should also be noted that the Kazakh opposition news television channel 16/12, where you can see “Products of Nazarbayev”, etc. not available on air or cable networks, so broadcasts exclusively on the Internet.

Journalist of TV Channel 16/12 S.Urnaliev and operator V.Gudz were subjected to administrative arrest on charges together with correspondent of Radio Azattyk – Kazakh service of Radio Liberty.

This is the most international non-commercial broadcasting organization funded by the US Congress through the Broadcasting Board of Governors. The real task of the opposition is not to repair roads, not to help pensioners and not raise salaries. These are the tasks of the country’s political leadership. The opposition should control, a normal political system should function in which citizens will be guaranteed a comfortable and free life, and not become victims of international political games.