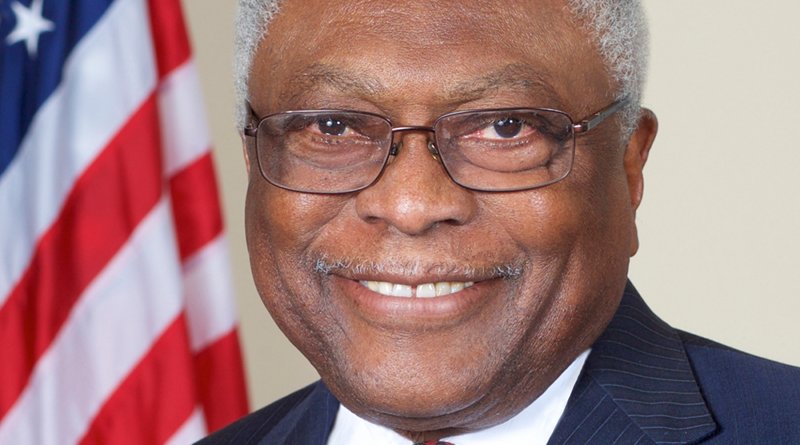 Upon hearing Thursday’s news that Speaker of the House Nancy Pelosi is debating whether or not to withhold the articles of impeachment from the waiting GOP Senators, House Majority Whip James Clyburn said that he would prefer to “hang” Trump instead.

“I was like, let’s give him a fair trial and hang him,” Clyburn said during an interview on CNN, which is hardly a network that would object to such a harsh notion.

Rep. Clyburn was responding to reports that Nancy Pelosi and House Democrats may hold back in sending their articles of impeachment to the Senate for a trial.

“Clyburn, who is a former chairman of the powerful Congressional Black Caucus, appears to be comfortable advocating the killing of a president on national television especially on a news network that openly denigrates Trump,” said former police captain Janice Wilcox-Hayes.  “Imagine the media’s fury had a white GOP politician said that about President Barack Obama,” said Ms. Hayes.

“While Clyburn, who has been a Congressman from South Carolina since 1993, cannot point to one major achievement for his constituency. Under Trump unemployment has reached the lowest levels for blacks in history, yet Clyburn wants Trump removed from the White House. Cops have a name for people like him,” said Deputy Sheriff Douglas Rea.

On Thursday, Sen. Mitch McConnell reacted to the revelation that Democrats cheered when they voted for impeachment. He also blasted Speaker Pelosi for her and her party’s shoddy work:

“This particular House of Representatives has let its partisan rage at this particular president create a toxic new precedent that will echo well into the future,” McConnell said according to Fox News.

“It’s like the prosecutors are getting cold feet in front of the entire country and second-guessing whether they even want to go to trial,” McConnell said in a 30-minute floor speech on Thursday morning.

“They said impeachment was so urgent that it could not even wait for due process but now they’re content to sit on their hands. It is comical.”

During his speech on the floor of the Senate, McConnell also said:

“It is becoming more and more clear that the House impeachment sham is a politically biased, hatred fueled scam considering the Speaker may withhold the articles of impeachment to delay the Senate trial; another hyper-partisan move.

“Pelosi claims that she may not send the impeachment articles to the Senate because the Republicans are the ones who are too biased.

“So far we haven’t seen anything that looks fair to us,” Pelosi said. “That would’ve been our intention, but we’ll see what happens over there.

“Pelosi’s comments, which echo suggestions raised by other Democrats throughout the day, inject new uncertainty into the impeachment timetable and send the House and Senate lurching toward a potential institutional crisis,” said the Senate Majority Leader.

“Though the House adopted two articles of impeachment charging Trump with abuse of power and obstruction of congressional investigations, it must pass a second resolution formally naming impeachment managers to present the case in the Senate. That second vehicle triggers the official transmission of articles to the Senate.”

The reality is that Pelosi and her fellow House Democrats – Reps. Schiff, Nadler, Clyburn and others – are the ones who held secret impeachment hearings where Republicans were not allowed. They also impeached a sitting President where he committed no impeachable crimes.