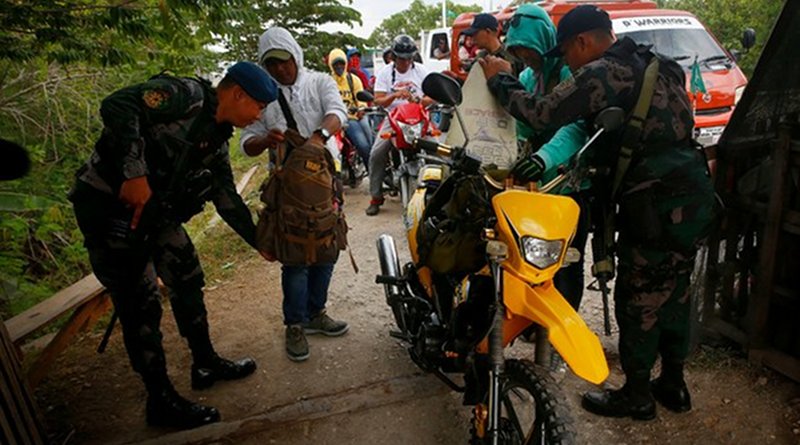 A tangled infrastructure of injustice in the Philippines continues to breed the kind of warlords who believe they can get away with killing scores of citizens with impunity to defend their hold on power.

Ten years and almost a month after 58 people perished in daylight abductions and executions staged by a powerful clan in the southern Philippines, a Manila court convicted five members of the clan and 23 of their henchmen, including police officers on Dec. 19.

For journalists, who lost 32 colleagues in what remains the world’s deadliest single attack on the profession, it was only the second in more than a hundred cases that ended with the masterminds being convicted.

The former governor of the autonomous region in Muslim Mindanao, Zaldy Ampatuan, and his brother, former Datu Unsay town mayor Andal Ampatuan Jr., were convicted as principals along with three other kin. A brother, Sajid Islam, the former governor’s son, and another close relative were acquitted.

Families of the victims, media and lawyers’ groups and the government hailed the victory, though the judge acquitted more than half of the 101 men who stood trial, while 80 other suspects remain at large.

The government communications office billed the decision as proof that President Rodrigo Duterte’s administration does not tolerate media killings and that the justice system in the country works.

Private prosecutor Nena Santos said many of the shooters remain at large. Wives, brothers, and cousins of the convicted principals also hold executive positions in local governments across Mindanao.

“The families were happy but the euphoria was short-lived,” said National Union of Journalists of the Philippines chairman Nonoy Espina.

“At the end of the day, they were saying — ‘We’re scared; they (the convicted men) will be very mad.”

Chel Diokno of the Free Legal Assistance Group urged the Philippine National Police to reveal the status of scores of officers involved in the case. He questioned why the government had not pursued the easier, administrative accountability process.

Rights advocates also asked Duterte’s government to ensure the safety of the plaintiffs and remaining state witnesses, including one, convicted as an accessory, who will be within reach of other convicts in the national penitentiary.

Going forward, the biggest challenge is dismantling the Philippines’ infrastructure of impunity. This will need, for starters, improved forensics investigations and swift forfeiture proceedings against killers who count among the country’s wealthiest families.

By the time journalists arrived, bodies had been retrieved from where they fell and were lying elsewhere, some covered by banana leaves.

Defense counsels have hammered on the absence of “material evidence” and are expected to pursue this angle on appeal.

“Even countries poorer than us are doing it,” Fortun said. “But the leaders of this country have ignored calls to invest in modern forensics and the training of staff. They have little incentive to find out the truth behind political crimes.”

Espina, who was among the first journalists to reach the massacre site, said upper-police echelons sent to investigate the crime were very nervous.

“They were scared themselves. They told us to get out before sundown because ‘we cannot protect you,’” said the journalists’ union official.

Then there is the issue of indemnification. The judge ordered the convicted to compensate the heirs of the victims, providing varying amounts from less than US$2,000 to $40,000.

Is the current government up to the search for the assets of the perpetrators?

Malou Mangahas of the Philippine Center for Investigative Journalism raised the question, noting that in the days following the massacre, some assets had gone on sale.

In the few days between the massacre and the declaration of martial law, witnesses said personal assets had been transferred out of mansions.

Some of the weapons seized were also given as gifts to senior-ranking officers, Mangahas said.

Diokno said that the many paramilitary forces that took part in the massacre wore uniforms supplied by the military and police but were beyond chain of command accountability.

“The Ampatuans had privatized public security forces,” said journalism professor and columnist Luis Teodoro of the Center for Media Freedom and Responsibility.

To say the Ampatuans were favored would be an understatement.

The outrage that followed prompted then president Gloria Macapagal-Arroyo to declare martial law in the province, leading to raids on the Ampatuan estate.

Police found a weapons cache “big enough to supply a battalion of government troops,” according to then national police chief Jesus Verzosa.

Many of the high-powered guns and crates of ammunition still had marks showing their original Defense department ownership.

The Philippine Center for Investigative Journalism says 597 bank accounts were found in the name of the Ampatuan and their associates. They also had more than 300 guns, over 100 vehicles, and many mansions.

A patronage system that gives Philippine presidents leeway to spend as much as hundreds of millions in “contingency and intelligence funds” — beyond the authority of auditors — has only tightened the grip of political dynasties, and not just in Mindanao.

*Inday Espina-Varona is editor and opinion writer for various publications in Manila. The views expressed in this article are the opinions of the author and do not necessarily reflect the editorial stance of UCA News.

Home » Unfinished Business: Why Warlords Flourish In The Philippines – OpEd