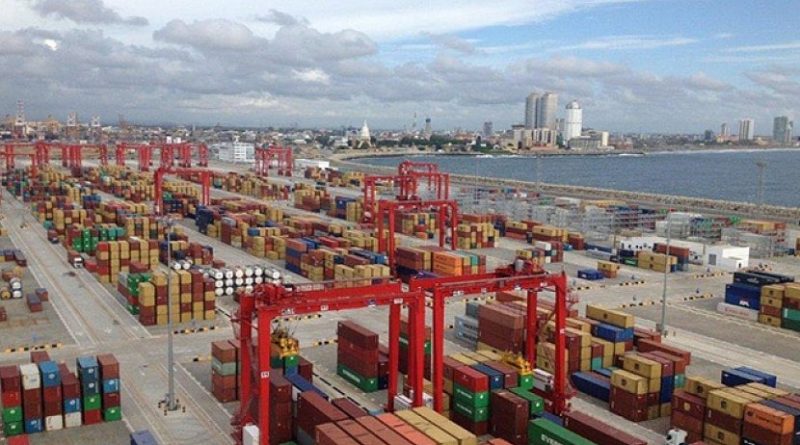 By Srimal Fernando and Yashodha Rathnayake*

In reinforcing Seventy years of bonds, Sri Lanka enjoys closer foreign relations with Australia than ever before. This bilateralism is an emerging strategic choice, their ties focusing on economic integration. The short and long term engagement of the South Asian Island and the Asia Pacific nation can be a basis for opening opportunities for other neighboring economies.

Even though there are many disparities between the two nations, there are also considerable similarities too. Much had happened in the past decades between Australian Prime Minister Robert Menzies’ visit to Sri Lanka in 1950s, and lately by the Premier Malcolm Turnbull’s visit in 2017. In Sri Lanka during an official visit Australian Prime Minister Trurnbull stated “I look forward to continuing our discussions on strengthening our economic links, defense engagement and our work together to combat trans-national crime particularly people-smuggling,”

Further the Colombo Commonwealth summit of 2013 was a transformative moment that laid a solid diplomatic foundation with the presence of Premier Abbott. The age-old bilateral bonds of both countries go beyond diplomacy. Hence the 109 000 Sri Lankan Australians diaspora (Department of Home Affairs; Immigration and Citizenship) can also be a source of strength, pride that forges these bonds between the two nations.

The Sri Lankan conflict was a testing time for Australian foreign relations with the island country. Australia was unwilling to take sides during this time and the relationship drifted a little bit. Yet, the Australian government has positively contributed to various socio – economic causes to uplift Sri Lankan society, especially in war-affected areas. To consolidate these efforts they provided an estimated figure of AUS$27 million in 2008 as overseas development aid (ODA) to Sri Lanka which was torn apart by war. After ending the conflict in 2009 Australia increased ODA levels. Followed by this development assistance in2018 Australians provided AUS$28.6 million. (Department of Foreign Affairs and Trade, Australia)

It might be worth mentioning commercial engagements between these nations. Compared to 1990s, South Asian consumers are now on Australian investors radar screen, since the subcontinent economy is growing faster than ever. The current economic vision plan of Sri Lanka is making it much easier for Australian companies to invest in the island nation. The clearest signs of this bilateral stability doubled in 2017, bringing this two way trade figure to AUS$1.4 billion. Hence the current Australia’s High Commissioner to Sri Lanka, H.E. Bryce Hutchesson stated, ‘’this year’s figures reflects the steady growth in commercial engagement between our two countries. As close friends and Indian ocean neighbors, we’re now seeing the trade and investment relationship expand as Sri Lanka’s economy moves forwards and Australian companies take an increased interest in the Sri Lankan market’’.

The economic integration between Australia and Sri Lanka can occur due to several factors. One of the major reasons is due to its vital geographical position in the Indian Ocean. It is noteworthy to mention Sri Lanka forms a major link for Australian entrepreneurs to gain great preferential market access to over 1.6 billion consumers through South Asian Free Trade Area (SAFTA) arrangement. This framework would be a huge advantage for Australian’s. At the other end of the spectrum on Australian investors could explore low cost outsourcing opportunities. Yet with low coordination efforts this may lead to more promising outcomes. As per Department of Foreign Affairs and Trade, Australian companies have invested over AUS$89 million in 2017. With this growing trust Sri Lanka needs to convert the current foreign policy direction that requires to gain a foothold in the Australian market.

The income growth of the new middle class in Sri Lanka enabled to increase in tourist activities. This is more likely to have highlighted the need to expand air and maritime connectivity. Recently Sri Lankan Airline, the national carrier operates daily long haul flights to Melbourne, which had paid off handsomely. Rapid mobility of air services are influencing tourism demands. This has resulted a large number of Australians visiting the island country. As many as 80000 Australian tourist visited Sri Lanka in 2017.(Sri Lanka Tourism Development Authority (SLTDA), 2017)

But now, Sri Lanka and Australia has turned a new leaf reinforcing through sports diplomacy. In this regard cricket made much sense. There are great stories of how Australian coaches mentored the islanders prior to Sri Lankans becoming globally famous cricketers in 1996. Today sports diplomacy has reached to a point where a trophy was named after the famous cricket legends Muttiah Muralitharan and Shane Warne. The twenty-fifth anniversary of Sri Lanka and Australia test cricket was dedicated to the iconic cricketers.

Symbolic power of education is a part of a larger goal of these forging ties. Australian institutes provide standardise facilities for many Sri Lankan students to pursue higher education. Hence statistics speaks for themselves, where over 9000 Sri Lankan students are studying various subjects in Australia. This country has been the second most popular tertiary study destination for Sri Lankans.

For the success towards stronger diplomatic relations, Sri Lankan foreign policy makers require an out of the box thinking. Australian policy makers also must try to use their influence to create a conducive environment for these bonds to grow. Change for a new direction in stronger ties ultimately requires continuous collaboration.

*Srimal Fernando is a PhD Research scholar at Jindal School of International Affairs (JSIA), India and a Global editor of Diplomatic Society for South Africa. He won the 2018/2019 Best Journalist of the year award in South Africa.

*Yashodha Jayathmi Rathnayake, a scholar BA (Hons) in English, at the Faculty of Social Sciences and Languages, Sabaragamuwa University of Sri Lanka.

Four years ago, a succession of American newspaper polls predicted Hillary Clinton would easily win the presidential election and defeat