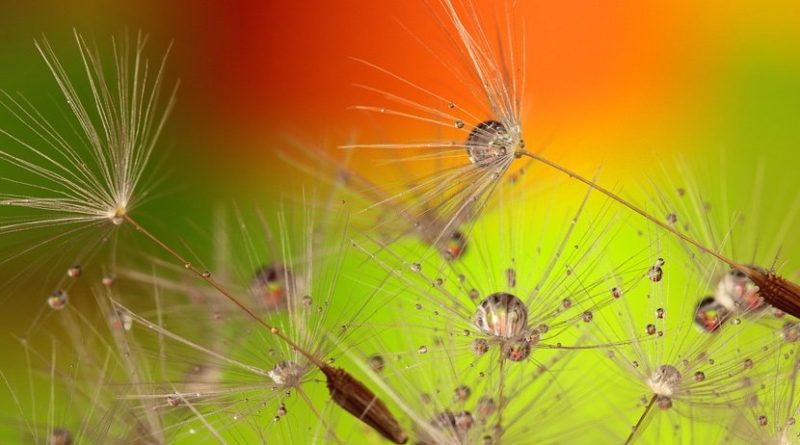 Contrary to scientific perception that high-tech genebanks hold the future of flora in its vaults, tomorrow’s plants for food and medicine are in jars in many obscure rural villages globally, awaiting their turn to be planted for humanity’s needs.

Expensive genebanks especially those of international research agencies under the Rome-based Consultative Group on International Agricultural Research (CGIAR) and private profit-oriented companies hold most seeds of the world.

As climate change worsens and threatens flora especially food crops of millions of people today and worse, the future, scientists are scrambling to collect and save today’s seeds, many of which are nearing extinction.

Seeds in Farmers Hands
But this is easier said than done. Most farmers no longer want to share their seeds to the scientific community. Farmers’ distrust and suspicion of scientists’ motives remain fresh after years of biopiracy that saw thousands of traditional food varieties lost as genetically-tinkered varieties took over farms in Asia, Africa and South America.

When researchers usually from transnational companies take, use and profit from biological resources and traditional knowledge without permission, or exploit the cultures from less affluent countries or marginalised people, it is called biopiracy.
“It is not surprising,” Chief agriculturist Pandey Napradeyah of the Bharatiyah Agro- Industrial Foundation (BAIF), peoples’ rural devevelopment group of scientists in India said, “for too long, local rice, other cereals, vegetables and spices were lost through the false promises of the Green Revolution, what did not disappear due to the onslaught of laboratory-bred varieties suffered fom the effects of dangerous chemicals,”he continued. The author visited the BAIF headquarters in Pune, Maharahstra.

Traditional crop biodiversity have, for centuries, been selected by farmers for the seeds’ unique suitability to local growing conditions such that scientists claim they are more likely to adapt to changing climatic conditions.

The scientific community intends to put its hands on some of these, the Global Crop Diversity Trust recently approved millions of US dollars to fund the global seed collection effort.

Thousands of local and heirloom food crop varieties are in farmers’ hands mostly treasured through home and community seedbanks.

Home and community-based seedbanks are community-level seed-saving initiatives that have existed in many countries around the world since farming was discovered by man. Broadly speaking, community seed banks are local, mostly informal institutions whose core function is that of collectively maintaining seeds for local use

Napradeyah elaborates, “they are usually part of farmers’ informal seed systems, in which the various stages of seed management—selection, conservation, exchange and improvement take place, the drivers underlying their establishment, evolution and sustainability vary considerably. ostly set up following a famine, drought or flood and the accompanying loss of local seed supplies”, he added.

The UN Food and Agriculture Organization’s (UNFAO) Second Report on the State of the World’s Plant Genetic Resources for Food and Agriculture acknowledges the relevance of community seedbanks, saying “ these act as platforms of community-based management of agricultural biodiversity that can ensure effective implementation of farmers’ rights through the recognition of local knowledge of agricultural biodiversity, participation in decision-making concerning its conservation, benefit sharing and the existence of a supportive policy and seed regulatory framework.”

Historically, community seedbanks existed some 3,000-5,000 years ago. Biblical scholars studying the seven years of famine in Egypt during Joseph’s time say “During the good years, the crops were excellent, and appear to have given more than double the harvest of a normal year. That would mean that even with Joseph’s 20% tax, each farmer would have 160% of the grain from a normal year. If they sold all of their regular harvest, that still leaves 60% for them to do with as they please, including saving seeds for future planting in their homes and communities.”

This belies some in the scientific community who claim community seed banks ﬁrst appeared towards the end of the 1980s, established with the support of international and national nongovernmental organizations.

In the Global North, a particular type of community seed bank emerged known as a seed-savers network. Such networks were ﬁrst established in Australia, Canada, the UK and the USA before spreading to other countries. Over time, the number and diversity of seed banks have grown. In Nepal, for example, there are now more than 100 self-described community seed banks whose functions range from pure conservation to commercial seed production. In Brazil, community seed banks operate in various regions of the country.

In Bolivia, of the 4,500 potato varieties grown in South America, 1000 to 3,290 varieties are found in Bolivian farmers’ hands. The great diversity of potatoes has survived eight millenia because of the life and culture of the Andean farmers and communities that grow the crop.

Ximena Cadima of the PROINPA Foundation, a farmers’ organization said the diversity of Bolivian potatoes was and still is being conserved in situ under traditional farming systems in specific geographic areas known as “microcenters of biodiversity.”

Much of the diversity has been collected and conservved ex situ by PROINPA, integrating it with in situ, combining the knowledge generated by farmers’ experiments with traditional knowledge of farming communities, Cadima revealed.

It has resulted to:

Regissa Feyeessa, EOSA president said “ our community-based seedbanks for sorghum constitutes the sorghum bread basket of Ethiopia. It is hard to imagine drought and famine devastated our regions but over time, we developed a comprehensive approach that empowered farmers.”

“Community seed banks have been the key part of this strategy, “ she beamed, recalling EOSA’s experiences.

In EOSA’s community seedbanks, farmers maintain collection of germplasm. Each family contributes a share of seed which is used to establish a ‘revolving seed fund” that involves a broad set of crops and varieties. The fund consists of a seed and grain reserve that is dynamically linked to farmers’ fields.

Families can borrow seeds from the fund plant it in theier fields and return mit with interest at thend of each cropping season.

This reliable point of access to diverse crops and varieties decreasesv the vulnerability of the entire communnity to genetic erosion, pests and diseases and the increasingly extreme weather patterns brought about by climate change, Feyeessa explained.

In the Cordillera region of the Philippines, home seed and community seedbanking is as old as time immemorial. The most popular traditional way of saving seeds is the su-ulan rice storage. Almost all farming homes in the Cordillera have a su-ulan, a structure where rice harvest for food and planting is stored and prevented from rat, pest, fungus or mold infestation through smoke emanating from a hearth. This is usually located over the hearth in the kitchen . The traditional su-ulan does not only preserve, store and protect rice harvests but also corn, rootcrops, and legumes.

The su-ulan system keeps the seeds dry thereby stymying seed respiration and transpiration and prevents moisture from settling on the seeds which usually is the cause of fungal and mold infestation. Tried, tested and proven for centuries, it is the most effective traditional and effective seed conservation so far for grains, cereals, legumes and spices in this part of the country.

This and many more indigenous biodiversity approaches of local peoples deserve attention. Surprisingly, community seed banks have rarely been the subject of systematic scientific inquiry. It is time they are given a second look.

*About the Author: Dr. Michael A. Bengwayan wrote for the British Panos News and Features and GEMINI News Service, the Brunei Times, and US Environment News Service. In the Philippines, he wrote for DEPTHNews of the Press Foundation of Asia, Today, the Philippine Post, and Vera Files. A practicing environmentalist, he holds postgraduate degrees in environment resource management and development studies as a European Union (EU) Fellow at University College, Dublin, Ireland. He is currently a Fellow of Echoing Green Foundation of New York City. He now writes for Business Mirror and Eurasia Review.