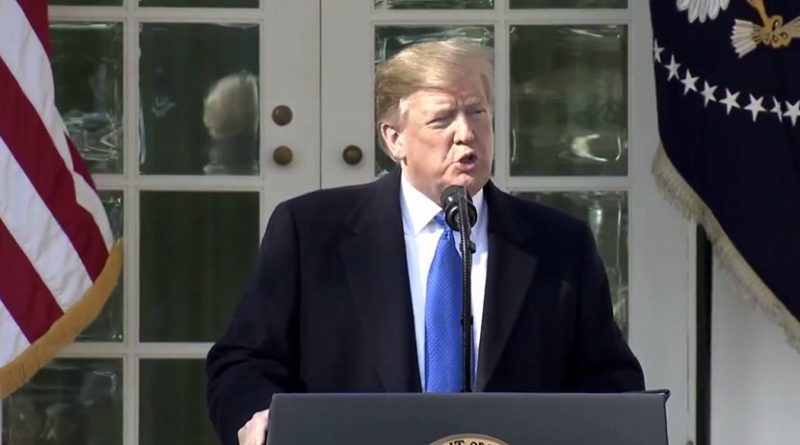 “On National Sanctity of Human Life Day, our Nation proudly and strongly reaffirms our commitment to protect the precious gift of life at every stage, from conception to natural death,” Trump wrote in the proclamation.

“Every person — the born and unborn, the poor, the downcast, the disabled, the infirm, and the elderly — has inherent value. Although each journey is different, no life is without worth or is inconsequential; the rights of all people must be defended,” the president added.

The landmark decision Roe v. Wade, which declared a constitutional right to abortion, was decided Jan. 22, 1973.

President Ronald Reagan declared Jan. 22, 1984 to be National Sanctity of Human Life Day, and annually declared a similar day each year of his presidency. President George Bush did the same, as did President George W. Bush.

President Donald Trump declared a National Sanctity of Human Life Day in 2018 and 2019.

The president’s 2020 proclamation said that the U.S. “must remain steadfastly dedicated to the profound truth that all life is a gift from God, who endows every person with immeasurable worth and potential.”

“Countless Americans are tireless defenders of life and champions for the vulnerable among us. We are grateful for those who support women experiencing unexpected pregnancies, those who provide healing to women who have had abortions, and those who welcome children into their homes through foster care and adoption.”

“On National Sanctity of Human Life Day, we celebrate the wonderful gift of life and renew our resolve to build a culture where life is always revered,” the proclamation added.

The proclamation noted a decline in U.S. abortions and the abortion rate since 2007, and a decrease in teen pregnancies, which, Trump wrote, have contributed “to the lowest rate of abortions among adolescents since the legalization of abortion in 1973.”

“All Americans should celebrate this decline in the number and rate of abortions, which represents lives saved.  Still, there is more to be done, and, as President, I will continue to fight to protect the lives of the unborn,” Trump wrote.

The president also noted that his administration has introduced restrictions that impede recipients of federal Title X funds from providing abortions, along with conscience protections for healthcare workers and employers who object to contraceptive coverage in insurance plans.

“Additionally, I have called on the Congress to act to prohibit abortions of later-term babies who can feel pain,” the proclamation added.

Since 1973, nearly 45 million abortions in the U.S. have been reported to the CDC. Several state legislative efforts to restrict or prohibit abortion have been challenged in court in recent years, and some pro-life activists predict those judicial challenges could lead to a reversal of the Roe v. Wade decision.

Trump has said he believes laws regarding abortion should be decided at the state level, and that while he believes there should be exceptions to prohibitions on abortion, he considers himself to be pro-life.