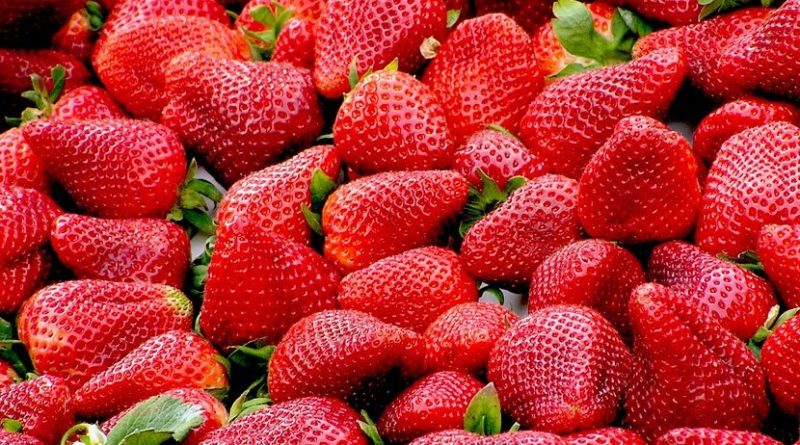 Restriction on movement and border closures mean Croatia’s strawberry growers cannot import their usual pickers – or market their crop very easily, once it is harvested.

The sun is shining in the south of Croatia, and this year’s crop of sweet red fruit is ready to harvest.

But this year, the coronavirus pandemic has created a big difference. To protect pickers from infection, strawberry growers have supplied their staff with all the protective equipment they need, which means masks, gloves and disinfectants. They also have to keep to social distancing measures.

However, like other farmers in the country and beyond, Croatia’s strawberry growers fear that their harvest will be jeopardized by the continued spread of the pandemic, and, possibly by other measures the authorities take to prevent the virus from further spreading.

What has happened in Spain, where restrictions around the coronavirus outbreak have made it impossible for migrant workers to come and harvest the fruit, is being replicated on a smaller scale in Croatia as well.

“This situation is most problematic in terms of migration because we are in the middle of the harvest. It’s a big problem for us because of the [lack of a] workforce,” Milan Franic, from the Vrgorac Strawberry Association, told BIRN.

The wider area of Vrgorac, in the south of Croatia, has long been known for growing strawberries. In spring, markets and stalls all over the country, especially in the capital, Zagreb, are full of strawberries from the Vrgorac area.

But Croats are reluctant to do this backbreaking work and local farmers usually employ pickers from neighbouring Bosnia and Herzegovina, especially from its southern Herzegovina region – mostly Bosnian Croats with dual citizenship.

“[In previous years] many people came from Herzegovina, but now the border is closed so they cannot cross to Croatia. We are forced to seek a workforce here, in the local area,” said Franic, who needs four to six workers to harvest every third or quarter of an acre of his strawberry field.

Local workers as an alternative

Franic said rising unemployment in Croatia might help. “A silver lining is that a lot of people are currently without a job, or they would go to the [resort area of] Makarska Riviera for the tourist season, so now we’ve managed to transfer a part of those people to agriculture or strawberry picking,” he explained.

Further to the south, in the Neretva valley, which is better known for growing citrus fruits and watermelons, but where more recently strawberries are also grown more intensively, a young farmer from Opuzen, Petar Bjelis – who also usually hires pickers from neighbouring countries – says he managed to get the harvest in: part of the work was done by his family and part by local pickers.

“People come in, day after day, looking for a job,” Bjelis said. Still, Franic said one problem with this new local workforce is that they have not been trained to do this work. He still regrets losing his old trained workforce due to the closure of the borders.

“Sometimes the strawberry harvesting season lasts 45 days and for years we always had contact with good pickers. It was never a problem for such people to come [to Croatia] because they live close to the border, within 50 kilometres or so,” Franic said.

“We lost a good quality workforce almost overnight and got a new one where the people … did not quite learn how to harvest strawberries, what an effort it is, working eight hours in the sun… People who do not expect such working conditions, come one day, see that they cannot do it, and give up,” he continued.

“Some people who have ripe strawberries… have raised the wage to 300 kunas [some 40 euros]; they simply have to pick the fruit because it has to be picked quickly,” Franic said.

Across the border, some 40 kilometres from Vrgorac, in Bivolje Brdo, Herzegovina, near the town of Capljina, Marinko Merdzan is also working hard in his strawberry field.

With the help of friends from neighbouring Croatia, he has copied the Vrgorac model of strawberry growing and has been doing so for several years. Unlike his counterparts in Croatia, he has no problem with getting hold of a workforce.

“I don’t have a problem finding pickers, I have a good relationship with them. There are even redundant of workers here, those who worked in Croatia as tourist workers, because now they cannot cross the border,” Merdzan said.

Zeljko Bjelis, an agronomy engineer from Opuzen, says the lack of workers is not the only problem facing strawberry growers and other farmers in the coronavirus outbreak.

“We are also worried about problems with sales,” he said, explaining that moving the crop from field to consumer is heavily affected by the restrictions in force on movement.

“The sale of strawberries is specific; they are mostly sold on stands, in squares, in streets,” he noted. But entrances to shops and malls are restricted.

“When people can enter, they take the products that are most important to them, like flour, meat and milk. Strawberries may not even come to mind … So we expect some difficulties,” Bjelis said.

He fears that a similar problem will occur when it comes to harvesting other fruit, like watermelon, in summer.

On top of that, a problem that has plagued Croatian fruit growers for a long time is continuing, which is the import of fruits and vegetables, often of poorer quality, but which ripen earlier and are sold more cheaply.

Bjelis accuses state institutions are treating domestic production like the wicked stepmother of legend, favouring imported goods over the sale of local products.

“Goods come in [to the country] anyway [regardless of the current] – cucumbers, peppers and tomatoes, coming from Albania, Montenegro and European Union countries,” he said.

“The big problem is with the labels, as retailers repack imported strawberries with domestic labels,” Bjelis claimed.

While producers in the Vrgorac area have protected their produce, reducing such practices, it is not the same case with all domestic production.

Bjelis is also the president of the Neretva Youth Association, which brings together about one hundred young farmers, “created as a result of a situation in agriculture that we are not happy with”.

“We want to stay here… we do not want to go abroad because we see the potential of the Neretva valley,” he said. “But we are looking for things to start work for us, for the market to be opened for us, so that we can normally live from our work,” he concluded.