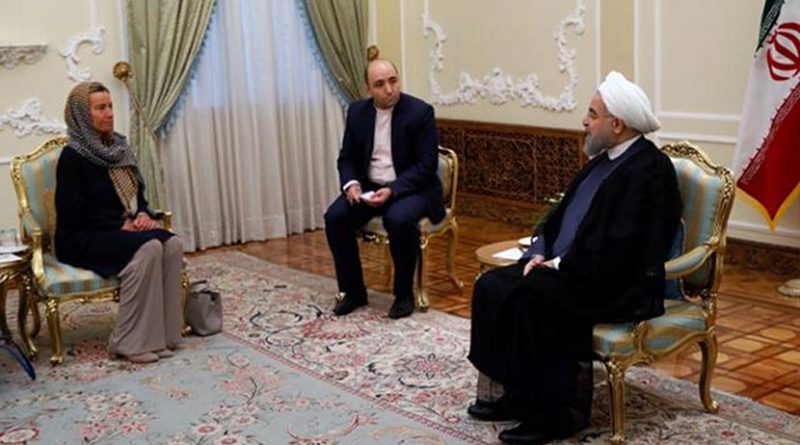 Q: What measures can Europe take to preserve the nuclear deal with Iran known as the Joint Comprehensive Plan of Action (JCPOA)? To what extent do you believe that such measures would be effective?

A: In fact, the European Union and countries like Germany, France, Britain and other countries like Britain possess good technical, trade and economic potentialities, which if it is combined with the necessary political will and if they are determined to take real steps to preserve the JCPOA, this goal could be achieved. For example, the least that these counties can do is to provide grounds for small enterprises, which are not very much dependent on the United States and their products do not contain sensitive American-made parts, to cooperate with Iran. At any rate, I must point out the reality that materialization of Europe’s political will in the real world will not be possible without due attention to long-term, complicated and vast relations that Europe has with the United States. Assessment and feasibility of applying this will in practice depends on the type of relations that Europe has with the United States. It is in this stage that when the United States is added to this equation as a variable, we reach the conclusion that in practice, Europe cannot do much to preserve the JCPOA and the most important step that European countries can take is to fully cooperate with Iran in those fields where they have full power. At any rate, I think that cooperation in these fields will be discussed during any forthcoming negotiations and it will be naturally made clear to what extent Europe means to take advantage of its potentialities to preserve the JCPOA.

Q: In your opinion, what other demands may Europe put to Iran apart from continuation of its commitments as per the JCPOA, and what do you think about a possible response from Iran?

A: This is an important and interesting question. In my opinion, when it comes to Iran staying in the JCPOA, European countries have demanded one issue from Iran clearly and another issue indirectly. The issue that they have clearly requested from Iran is the need for European countries and Iran to reach an agreement outside the limits of the JCPOA on the Islamic Republic of Iran’s missile program. And the issue that they have asked indirectly is about Iran’s regional role, and it is in this case that unlike the first case, their positions are not clear enough. What Western countries want is that Iran should either engage in negotiations with the European Union over major regional issues such as the crises in Syria and Yemen, or play a role in reducing tensions in the region. No clear information has been so far released on the demands of European countries in this regard. Of course, other issues, including the situation of human rights in Iran, have existed since years ago as sticking points between Iran and Europe. At the present time, however, these issues are not among priorities for the European Union and Iran, for its part, has not accepted to negotiate them. Now, it is noteworthy that Iran is under no binding legal obligation to restrict its missile activities, and unlike the nuclear program, there are no international treaties to demand this. What is called as the “Missile Technology Control Regime (MTCR) is not considered as a binding treaty at international level. Therefore, Iran does not see itself bound to give a legal response to this request from Europe. What is felt to exist right now is that there is currently no decision on the part of Iran to discuss the issue of restricting the country’s missile program with Europe.

Q: Given the discourse-based gap that exists between Europe and the United States with regard to the JCPOA, what is your opinion about the future outlook of transatlantic relations in view of the relations that each side has with Iran?

A: In my opinion, there is nothing new about transatlantic gap. In 2003, that is two years after terrorist attacks on the US soil on September 11, 2001, we saw the most serious gap in transatlantic relations when Germany and France clearly opposed the United States’ invasion of Iraq. In reality, however, there is the closest convergence and relationship imaginable between the two sides of the Atlantic Ocean in various areas, especially in the fields of economy and trade as well as defense and even culture. The coordination and harmony seen between the United States and Europe has no parallel anywhere else in the world. Therefore, American strategists believe that transatlantic gap cannot continue to exist and must be remedied. A few years ago, Henry Kissinger wrote a paper on Germany just at the time that this country had taken an independent approach. In that paper, he said that it was possible for Germany to emerge as the most serious rival for the United States in Europe and urged Washington to pay close attention to this challenge. One can say that transatlantic gap is created, but it does not continue. As for the JCPOA, this gap will continue for a number of months according to conditions, but the reality is that Europe cannot survive for long in the presence of this gap, because this gap can also extend to military and security domains. When it comes to fighting terrorism and extremism and also when faced with the threat posed to them by Russia, European countries are heavily depended on the American intelligence and technology within framework of the North Atlantic Treaty Organization (NATO). This is an undeniable reality that Europe needs the United States in many fields. Therefore, transatlantic gap cannot last and the two sides will continue to cooperate closely after a period of at most a year. It is also noteworthy that any difference in viewpoints does not necessarily mean that a gap exists between the two sides. The reality, however, is that when it comes to the issue of the JCPOA, these differences are extraordinary and have gone beyond normal limits, so that some observers and analysts have reached the conclusion that a gap exists in transatlantic relations.

Home » Europe Has Potential To Preserve JCPOA, But Does It Have Political Will As Well? – OpEd