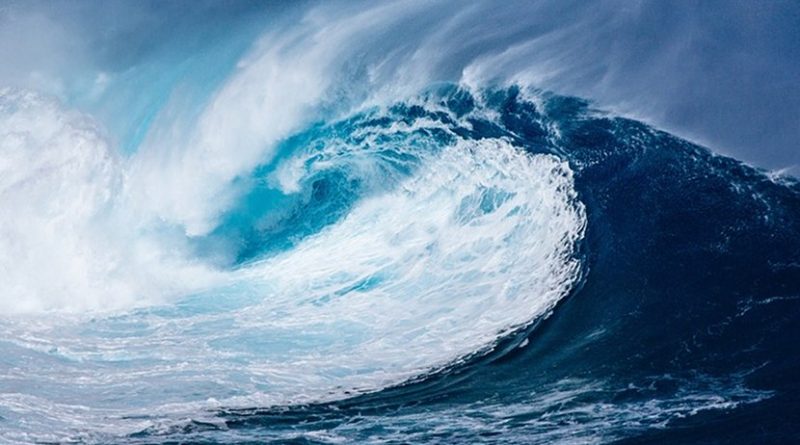 The well-being of oceans in the Asia-Pacific region is edging closer to a tipping point due to the unprecedented pace of marine pollution, overfishing and climate change in recent years. However, a new report released May 13 by the United Nations Economic and Social Commission for Asia and the Pacific (ESCAP) suggests that “the temporary shutdown of activities as well as reduced human mobility and resource demands due to the COVID-19 pandemic may provide marine environments the much-needed breathing space for them to recover”.

Although COVID-19 is wreaking havoc in human societies around the world, it may just be the silver lining in the dark clouds engulfing the world’s oceans. Humanity may be able to leverage the COVID-19 pandemic to arrest and even turn back the inexorable slide towards the destruction of the earth’s most valuable resource, the oceans.

Commercial activity relating to the oceans has well-nigh reached a standstill while markets have begun to recover. If properly managed, the recovery could be guided to benefit both the environment and humanity.

Although not usually the subject of screaming headlines, the oceans which occupy 72% of the world’s surface are an uncelebrated economic asset of immense value. But they have also been subjected to unsustainable stress. The majority of scientists believe that anthropogenic global warming is causing critical temperature changes causing harm to the fish and other life forms that inhabit the oceans and the millions of humans who depend on them.

Some fish species, in fact, have begun to migrate from traditional habitats to waters with familiar temperatures. Add unsustainable fish catch to the equation and the oceans are confronting a disaster.

The seas and oceans provide over 100 billion kg of fish and shellfish annually for consumption to a growing global population. Almost 50% of humanity depends on the sea for over 20% of its protein intake. More in poorer countries. The FAO estimates that around 60 million people are directly employed worldwide in fishing and fish-farming, with a majority of those employed by the capture fisheries sub-sector working in small-scale operations in developing countries.

In 2016, fisheries and aquaculture produced roughly 171 million tons of fish, with a “first sale” value estimated at US$362 billion, generating over US$152 billion in exports, with 54 percent of it originating in developing countries. Aquaculture represents 47 percent of the total fish production and 53 percent, if non-food uses (including reduction to fishmeal, pet food and fish oil) are excluded. With capture fishery production relatively static since the late 1980s, aquaculture has been responsible for the continuing impressive growth in the supply of fish for human consumption.

Today, 60% of the ocean fish stocks have almost reached the limits of sustainability threatening the livelihoods of millions. In addition, the seas are polluted with slowly decomposing plastics and micro plastics which are ingested by fish and other ocean dwelling life forms. An estimated 8 million tons of plastic enter the oceans annually from land-based sources.

Two massive gyres created by plastic waste occupy the centre of the Pacific Ocean and the Indian Ocean. Micro plastics have been found around the world, in the food chain, air, oceans, rainwater, and ice in the Arctic. Plastic pollution hurts economies, ecosystems, food security, and might potentially impact public health. The pollution of the oceans affects not only fisheries, but all ocean related economic activity, especially the multi-billion-dollar tourism industry.

Prochlorococcus and other ocean phytoplankton are responsible for 70 percent of the Earth’s oxygen production ensuring that other life forms, including humans, can continue to survive. Ocean pollution and climate change are known to harm the density and spread of marine plants and cyanobacteria.

All this suggests an uncertain future for the key regulator of the global environment, the oceans and unpredictable consequences for the fisheries industry on which millions depend for their livelihood and nutrition.

Fishing fleets subsidized by the EU (estimated at USD 15 – 35 billion annually) ravage the fisheries resources of Africa and Asia despite the commitment at the 2002 World Summit on Sustainable Development (WSSD) to eliminate subsidies that contribute to illegal, unregulated, and unreported (IUU) fishing and overcapacity. Also, parties to the World Trade Organization agreed to strengthen disciplines on fisheries subsidies.

Fish stocks are affected by illegal, unregulated and unreported and (IUU) fishing, which may account for up to 26 million tons of fish catches a year, or more than 15 percent of total catches. In fact, overfishing and overcapacity squanders roughly US$80 billion annually in foregone economic benefits. The drivers behind illegal, unreported and unregulated fishing are similar to those behind many other types of international environmental crime.

Pirate fishers have a strong economic incentive; many species of fish, particularly those that have been over-exploited and are thus in short supply, are of high financial value. Irrespective of what humans have solemnly agreed at international meetings, COVID-19 has forced fishing fleets, including distant water fishers, to curtail their activities, in some cases stop altogether. Their markets have had to close, and consumption levels have dropped. COVID-19 provides a unique opportunity to sustainably regulate the distant water fishing fleets and enforce agreed norms.

For Asia and the Pacific regions, oceans are a highly valuable resource. Fisheries provide food and income to more than 200 million people in the region, with 34 million engaged in commercial fishing. More than 80 per cent of international trade is transported by shipping with two thirds of these operations concentrated in Asia. Tourism is major source of income and employment in the region. Countries in the region are also among the world’s top plastic polluters. Eight of the ten rivers responsible for up to 95 per cent of plastic waste leaked globally into oceans are in Asia.

Now, COVID-19 has scythed through the economies of the world and severely damaged fisheries, their markets and tourism. The economies of the ESCAP region have not escaped the havoc spawned by the virus. Confronted by the massive blow to their economies, most countries, initially adopted intensive restrictive measures, but have begun to relax their controls now.

The growth in fisheries output predicted earlier, however, has suffered a serious setback. Distribution networks will also take time to recover. Consumer spending is unlikely to reach pre pandemic levels anytime soon, especially with the now burgeoning unemployment. The effect on developing countries, especially on their export markets, will be acute. Despite the gloom, COVID-19 also provides an opportunity to implement more sustainable fisheries and ocean management mechanisms as well as encouraging better distribution through careful regulation and greater awareness raising.

“Promoting the health and sustainability of oceans is inextricably linked with the implementation of the 2030 Agenda for Sustainable Development in Asia and the Pacific. During these challenging times of the COVID-19 pandemic, it is crucial to take advantage of the window of opportunity offered by reduced emissions and energy demand to protect the marine environment,” said United Nations Under-Secretary-General and Executive Secretary of ESCAP Ms. Armida Salsiah Alisjahbana at the report launch.

“Many of the challenges in the conservation and sustainable use of the oceans and marine resources lie in the trans boundary and highly complex nature of ocean management, coupled with the fragmented understanding of the interaction between oceans and human activities,” added Ms Alisjahbana.

The critical value of the fisheries industry to the global economy and to the economies of developing countries is undoubted. Governments should consider diverting some of the funds currently being doled out to support families during the post-COVID-19 period to assist fishers with better equipment and technology designed to minimise waste and by-catch, fishing communities with better storing, packing and marketing facilities and also to reviving and refining the distribution infrastructure.

Post-COVID-19, the ESCAP region should be able to boast a more modern, sustainable and better regulated fisheries infrastructure and also minimizing IUU fishing. Given the supply chain disruptions suffered due to the pandemic, COVID-19 provides the opportunity to assist in the development and strengthening of in situ processing, packaging and distribution industries.

Such a development would also contribute to generating employment, conserving foreign exchange, and the availability of protein for consumption, especially of the poorer countries. Some entrepreneurs in poorer communities have taken the initiative themselves by converting small scale whale watching boats catering to tourists to fishing craft. In Sri Lanka, some boat operators have decided that tourism is unlikely to revive in the near future. They need to be assisted.

ESCAP also underscores the need for countries in the Asia-Pacific region to take advantage of scientific and technological advances, and to consistently enforce international conventions, norms and standards on the protection and sustainable use of the oceans such as those adopted by the International Maritime Organization (IMO), Food and Agriculture Organization (FAO), and the UN Environment Programme (UNEP).

The predatory fishing by distant water fishers has reduced dramatically due to the COVID-19 pandemic, and particularly because of the disruption of their markets. The window of opportunity provided by the pandemic should be exploited by developing countries to strengthen their regulatory and surveillance regimes.

Globally efforts to better manage the use of living ocean resources continue. In addition to the Law of the Sea convention and its two subsidiary agreements, a new treaty on BBNJ (biological diversity beyond national jurisdiction) is being negotiated through the UN system. If the international community succeeds, there will be another valuable step taken to regulate the extraction of biological diversity from the oceans and the establishment of protected areas, while also benefitting developing countries.

In December 2017, the UN General Assembly adopted resolution 72/249 and decided to convene an Intergovernmental Conference, under the auspices of the United Nations, to consider the recommendations of the Preparatory Committee established by resolution 69/292 of June 19, 2015 on the elements and to elaborate the text of an international legally binding instrument under the United Nations Convention on the Law of Sea on the conservation and sustainable use of marine biological diversity of areas beyond national jurisdiction, with a view to developing the instrument as soon as possible.

Further to resolution 72/249, the Conference held a three-day organizational meeting in New York, in April 2018, to discuss organizational matters, including the process for the preparation of the zero draft of the instrument.

The author is Former Permanent Representative of Sri Lanka to the United Nations, Former Chair of the UNGA Sixth Committee and the Former Co-Chair of the UN Ad Hoc Committee on BBNJ.