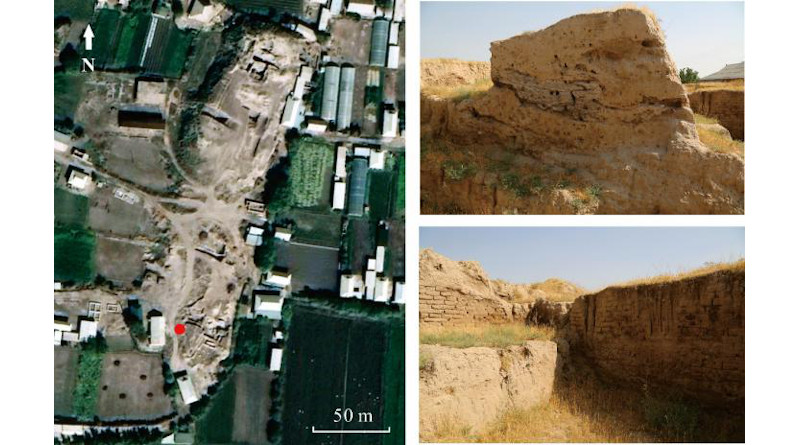 Rice has always been the most important food in Asia and the world. About half of the population on earth use rice as their main food source. The origin, spread, evolution, and ecological adaptation of cultivated rice are still one of the most important issues which currently concerned by global archaeologists, biologists, and agricultural scientists.

In recent years, archaeobotany and molecular biology studies have shown the originally cultivated rice was domesticated into japonica rice (Oryza sativa japonica) in the lower Yangtze region, China, 10000 years ago, then spread to Japan, South and Southeast Asia. About 5000-4000 years ago, the cultivated japonica rice spread to South Asia, hybridized with the native wild rice, gradually form the indica rice (Oryza sativa indica) and become the main crop in South Asia today.

However, in recent years, research on the origin and spread of rice have mainly focused on East Asia, Southeast Asia, and South Asia. At present, we still know very little about when and how rice spread into West Asia, Europe, and Africa. The Central Asia region, as an important node in the ancient Silk Road cannot be ignored, because it is the “crossroad” of world civilization. Therefore, studying the time and location of rice emergence in Central Asia can help us restore the spread process about of rice agriculture and add an important part for the early crop globalization research.

Recently, Li Xiaoqiang research group in Institute of Vertebrate Paleontology and Paleoanthropology, Chinese Academy of Sciences (IVPP, CAS) and other researchers in College of Cultural Heritage, Northwest University, China, Institute of Archaeology, Uzbekistan Academy of Sciences reported their latest research about the agricultural remain in Khalchayan site, Uzbekistan, which published in the Science China: Earth Science. Researchers investigated 11 sites on the northern bank of the Amu Darya from Bronze Age to Arabian period and found carbonized rice remain at Kalchayan site. With archaeobotany, chronology method and other local archaeological records, researchers provide a new physical evidence for the spread of rice to western Asia and the exchange of eastern and western civilizations along the ancient Silk Road.

Khalchayan site is a city site in southeastern Uzbekistan. Researchers use flotation method obtain large amount of botanical materials at a cultural layer in southwest part of the site. The AMS 14C dating results showed that the age of the rice remains in the site are 1714-1756 cal. B.P., which in Kushan period. In addition to the rice remains, carbonized wheat, 2-row barley, pea, millet, grapes, flax and other crops were recovered at the site. These crops include both West Asian and East Asian origin, which illustrates a diverse and complex oasis farming system. Because rice cultivation requires a lot of heat and water then wheat and millet, make it difficult to cultivate in arid regions in early times. But combining the carbonized rice remains with the records of the irrigation system existing in other local oases agricultural archeological sites during Kushan period, researchers believe it has the possibility of cultivation rice locally during that time.

Morphological studies show that the carbonized rice remains are japonica rice, and their morphology is similar to the remains found in some sites in southern China and northwestern India during the same period. That indicating the possibility of rice in Central Asia was spread from South Asia. Meanwhile, when rice appeared in Central Asia, Kushan Empire has already established in northwest India and conquered most part of Central Asia and South Asia. The imperial expansion and political unrest may have further fueled the dispersal of crops across Inner Asia. The emergence of rice may also indicate the beginning of the rice-based diet culture gradual integration with the local wheat-based diet system in Central Asia and finally form Central Asia diet system today, like baked dough (Naan), pilaf and barbecue.

The rice remains in Khalchayan site is the first well reported rice remain in Central Asia. It is also one of the few ancient cultivated rice found without in East Asia, South Asia and Southeast Asia. It has a great value for further understanding the exchange process of the early agricultural activities in the Southern Himalayan route, and also provided a new evidence to explain how rice further spreads westward to Iran, Europe, and Africa, where rice cultivation activities exist today.