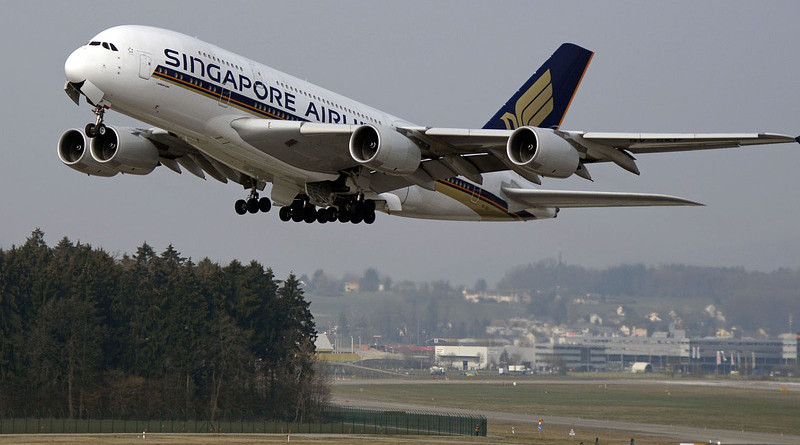 With COVID-19, the international air transport industry and its associated sectors have collapsed. The meltdown has hit Singapore Airlines and the Changi air hub severely, and going forward, they need to reinvent their respective business models to survive. Their perseverance and ability to innovate successfully will have a significant impact on the resilience of Singapore’s economy and society.

One crucial part of the global economy which the COVID-19 pandemic has wrecked is the aviation industry, both the production of aircraft and associated products as well as the air transportation itself. According to one estimate, more than 16,000 passenger jets are grounded worldwide. Another estimate stated that almost 90,000 pilots are unemployed. Everyone in the business is thinking about the way forward.

Singapore, which is a key node in the global commercial aviation network, has not been spared from the meltdown. The impact has been keenly felt by both Singapore Airlines (SIA) and the Changi air hub.

In 2019, the Changi air hub served 68.3 million passengers, handled more than two million metric tonnes of air freight and managed 382,000 aircraft movements, making it the 17th busiest airport in the world. In 2018, a reputable industry source ranked Changi Airport as Asia’s most connected international airport and No. 8 globally. SIA operates out of Changi Airport to reach destinations around the world.

SIA and the Changi air hub are inextricably linked. In his recent parliamentary statement, Singapore’s Deputy Prime Minister and Minister of Finance Heng Swee Keat highlighted their symbiotic relationship and importance to the country’s economy. Changi Airport’s growth and development is dependent on international passengers and SIA is key to this growth.

In 2019, the SIA Group that includes Silk Air, Scoot and SIA Cargo accounted for more than half of Changi Airport’s passenger traffic and volume. Good air hubs are supported by either a strong local airline or a very attractive city where there is a strong pull for travellers (for example, Bangkok, London or New York). This formula has been at the core of the decades-long interlocking success of SIA and the Changi air hub.

The economic contribution of this strategic nexus is undeniable: according to the International Air Transport Association (IATA), the air transport sector in Singapore directly employs 119,000 people, indirectly supports 78,000 jobs from its suppliers, and contributes a further 26,000 jobs through spending of wages from the air hub employees.

The flow of foreign tourists arriving in Singapore or transiting via Changi Airport is critical because their spending supports 152,000 additional jobs within the airport itself such as retailers.

SIA’s global connectivity is an integral part of Singapore’s tourism strategy. The air transport industry contributed more than S$32 billion in local spending and foreign tourists supported a further $53 billion for a total of $85 billion towards Singapore’s GDP.

It cannot be overstated: as a city-state on a relatively small and densely populated island, Singapore faces structural limitations in drawing business visitors and tourists. For its economic and future development, Singapore simply needs to keep the successful and globally oriented SIA-Changi air hub formula going.

Certainly, before the COVID-19 crisis hit, both were chugging along very nicely. SIA was consistently ranked among the top airlines in the world and it was Asia’s first and the world’s third airline to have been accredited by IATA with the IATA Operations Safety Audit (IOSA).

Innovation by SIA across the spectrum of services also supports the growth of the aviation industry. SIA, one of only a handful of globally recognised brands from Singapore, has the added ability to attract all segments of international and regional passenger travel to Changi. In turn, this helps to spur innovative capacities for a range of services at the air hub.

Before the COVID-19 pandemic, the Changi air hub already faced intense competition because more airports were being built in the region and newer planes could fly longer economically and bypass a stopover at Changi. SIA has just announced an initiative to innovate air travel in the post COVID-19 era; to develop a new flying experience which is safe and convenient. This will also benefit the Changi air hub.

It must be reiterated that national support for SIA’s global operations at this juncture is particularly critical because Singapore has no domestic air travel and domestic tourism market to leverage for survival and recovery after the COVID-19 crisis. If SIA cannot recover, the knock-on effects on the air hub will be serious.

As DPM Heng noted: “A diminished SIA will undermine our air hub’s ability to recover from the crisis.” Such a scenario would also result in a cascading effect on critical sectors of the economy such as tourism, manufacturing and logistics.

More profoundly, the value of Changi Airport and SIA go well beyond economics. They represent symbols of success in the Singapore Saga since independence in 1965. The air hub was to complement the natural harbour advantage managed by the Port of Singapore Authority (PSA) which former Prime Minister Goh Chok Tong has described as the “bloodline of Singapore” ─ essential for the country’s trade with the rest of the world, and the nation’s survival.

In other words, aviation and maritime shipping sustain the Singapore nation, enabling our multiracial society to flourish. The capability and development of Changi air hub and SIA, and their hardware or software built up over five decades, represent a significant theme of the continuing Singapore Saga. As credible and specific success stories, they sustain national self confidence as well as a sense of purpose and destiny.

As such, what happens in the coming months to SIA and Changi Airport will be followed closely by many quarters in and around Singapore. Almost all other airlines around the globe have also struggled and required huge bailout arrangements by their respective governments. While SIA and the Changi air hub similarly struggle to adapt to the severe economic impact of COVID-19, many Singaporeans cheer them on from the sidelines.

Despite the considerable challenges, SIA and the Changi air hub must seize the opportunity to reposition Singapore for the new air transportation era and in the transformed environment for travel business. They have an inspiring track record to bank on. It will be a timely move onto a new chapter of resilience in the ongoing and exciting Singapore Story.

*Faizal Yahya is a Senior Research Fellow and Shazly Zain is a Research Assistant at the Institute of Policy Studies, Lee Kuan Yew School of Public Policy, National University of Singapore. They contributed this piece to RSIS Commentary. This is part of an RSIS series.

Home » Future Of Aviation And The Singapore Story – Analysis