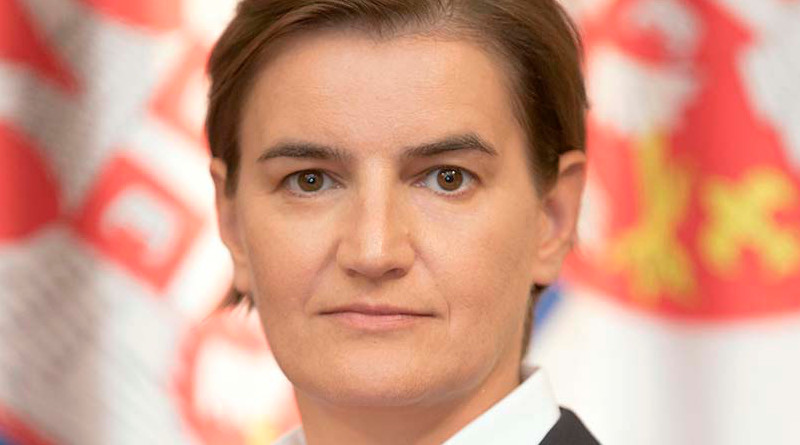 In 2017, when Ana Brnabic became not only Serbia’s first female prime minister but its first openly gay head of government, the world marvelled at how such a conservative Balkan country could make such a progressive step.

In Serbia, however, few shared in the enthusiasm.

To the conservative base of the ruling Progressive Party, SNS, there was widespread confusion over the promotion of a lesbian non-party technocrat to what under the Serbian constitution is the most powerful post in the land.

Liberals, meanwhile, puzzled over why President Aleksandar Vucic, not known as a champion of human rights or defender of the LGBT community, would make such a bold and potentially risky move.

Three years on, there is little confusion.

Brnabic has emerged as a firm Vucic loyalist, allowing him free rein over the government from the ostensibly ceremonial post of president while keeping would-be challengers from within the Progressive Party at bay.

A 44-year-old UK-educated businesswoman with no prior record in politics or LGBT activism, Brnabic has adopted Vucic’s uncompromising tone on a range of issues, from genocide-denial to media freedom, disappointing those inside and outside Serbia who hoped her appointment was evidence of Vucic’s abandonment of his political roots in the chauvinism and ultranationalism of the 1990s.

Brnabic was picked for her “liberal image”, said political analyst Boban Stojanovic, but there has been nothing liberal about her behaviour in office.

The prime minister, he said, has become simply “an extended hand of Aleksandar Vucic.”

“It was just a theatre play – of course Serbia is not a liberal country.”

‘No better teacher’ than Aleksandar Vucic

Brnabic first came to the attention of the Serbian public in 2015 when Continental Wind Serbia, the company she was director of, found itself embroiled in an affair in which media reports suggested the director of Serbian grid operator Elektromreze Srbije, EMS, Nikola Petrovic, had tried to extort two million euros from the company. Petrovic was Vucic’s best man at his wedding, according to the daily newspaper Danas.

EMS had previously challenged a decision to give Brnabic’s firm, a subsidiary of US Continental Wind Partners, a permit to construct a 145 megawatt wind park in a row over who would own the power transformer station that would connect the park to the grid.

Eventually, in October 2015, Brnabic appeared at a press conference with Petrovic to dismiss claims of racketeering. Less than a year later, Vucic, then prime minister, called on her to become his minister of public administration. When he vacated the post of PM in 2017 to become president, Brnabic was his handpicked successor.

Though she later joined the Progressive Party, Brnabic is not an established party figure, nor was she directly elected, meaning she is largely beholden to Vucic.

That does not appear to bother her, analysts say.

“If you are smart, you watch, listen and learn from him,” Brnabic said of Vucic in an interview with the Serbian tabloid Alo in January. “Especially in politics,” she said, “there is no better teacher in the world than Aleksandar Vucic.”

A few months earlier, asked whether she ever disagreed with the president, Brnabic said that if she did it was the result of her “short political career” and Vucic’s “rich political experience”.

“I learn from Aleksandar Vucic every day,” Brnabic said. On a TV show in April, Brnabic called him “the boss” and brandished photos of his children volunteering during the COVID-19 crisis. “He’ll probably kill me,” she said.

Critics point out that, under the Serbian constitution, the prime minister should be far more powerful than the president, but in practice Vucic calls the shots given his personal popularity among voters and his grip on the ruling Progressive Party.

Vucic was not first to invert the offices, however – Serbia’s former pro-Western president, Boris Tadic, similarly pulled the strings of government between 2004 and 2012, though experts say Vucic has monopolised power to a degree not seen since the days of late Serbian strongman Slobodan Milosevic in the 1990s.

“Subordinating the prime minister’s office to the presidency is not at anyone’s discretion, but is a direct violation of the Serbian constitution,” said sociologist and political commentator Dario Hajric. “We feel the consequences of that at every step.”

Like Vucic, Brnabic bristles at criticism, either from the opposition or media.

Under Vucic, Serbia has steadily slipped down media freedom rankings. Critics say Brnabic has done nothing to halt the slide.

Stojanovic, the political analyst, said that since taking office Brnabic had honed her rhetoric “to fit the general narrative of the SNS in which there is no space for criticism and one treats political opponents, the media and the people with arrogance and without care for the language used.”

In November 2019, addressing parliament, Brnabic directed her cabinet ministers to ignore questions about a series of BIRN investigative reports identifying the father of Serbian Interior Minister Nebojsa Stefanovic as a mediator in arms deals with a state-run weapons factory, a glaring conflict of interest. Brnabic described the revelations as a “fabricated affair”.

The same month, she rejected calls for the dismissal of Finance Minister Sinisa Mali after the Professional Ethics Committee of the University of Belgrade ruled that he had plagiarised his doctoral thesis, years after academics and journalists had first rang alarm bells over the work. The committee’s ruling, Brnabic said, was a “political decision”.

Then on March 28 this year, with the COVID-19 crisis growing, her government announced that it had forbidden anyone outside its own centralised Crisis Staff from giving any information to the public about the coronavirus pandemic, a move international watchdogs and local NGOs warned amounted to censorship.

On April 1, journalist Ana Lalic was arrested and accused of causing panic and disorder after publishing an article on the news site Nova.rs in which she described a shortage of protective equipment at a hospital in the northern province of Vojvodina.

Lalic was released the next day and, after fresh protests from rights groups, Brnabic backtracked on her March 28 regulation, saying Vucic had asked her to rescind it.

“It’s my fault that we brought in something like this and it is also my stupidity that when we brought it in I did not explain it,” Brnabic said.

When Freedom House, in its latest Nations in Transit report this month, said Serbia – alongside Hungary and Montenegro – was no longer a full democracy but a hybrid regime, Brnabic fired back a 16-page letter to the respected watchdog accusing it of “negative bias” towards Serbia and “one-sided observations”.

Brnabic is also firmly on board with Vucic and the Progressive Party’s insistence that the 1995 massacre of some 8,000 Muslim men and boys by Bosnian Serb forces in the Bosnian enclave of Srebrenica did not constitute genocide, as the UN tribunal for the former Yugoslavia ruled it did.

If LGBT activists thought that with Brnabic’s appointment Serbia might finally turn a corner, they were quickly disappointed when the prime minister, making an appearance at the 2017 Belgrade Pride, refused to say whether she would like to see same-sex marriage legalised in Serbia.

In February 2019, Brnabic’s partner gave birth to their child. Critics, however, noted that artificial insemination is not allowed for same-sex partners in Serbia.

Being the first LGBT head of government in Serbia “and literally not doing anything for them in patriarchal Serbia makes Ana Brnabic a textbook example of pinkwashing,” said Hajric.

With the birth of her child, he said, “we simply have another example that in Serbia the political class has incomparably greater rights than other citizens.”

With a parliamentary election scheduled for June 21, experts are unsure whether Brnabic will remain in her post, or even if it matters.

“During her mandate, Vucic’s autocracy has become more direct, corruption has become more obvious and media freedoms can only get worse if journalists start being killed in the entrance to their buildings again,” said Hajric, in reference to the killing of journalist and editor Slavko Curuvija in April 1999 by four then intelligence officers when Vucic was Serbia’s feared information minister.

“No one expected her to be a barrier to Vucic,” he said, “but I’d say that few thought she would become one of his most ardent imitators.”