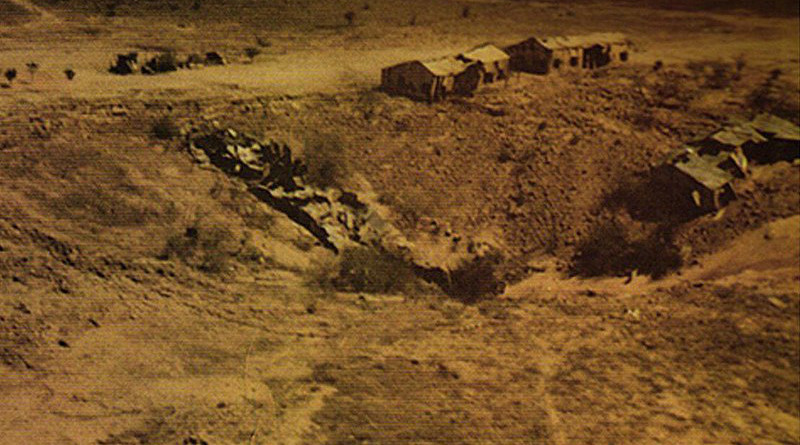 It was in the month of May that India conducted its first (18 May, 1974) and as well as its second (11-13 May, 1998) nuclear test – also known as Pokhran I and Pokhran II. In the anniversary month of India’s nuclear tests, this article takes a look back at the ways through which India challenged the nuclear non-proliferation regime (NPR). Much has already been said about how these nuclear tests exposed the inability of the NPR to coerce India to follow comprehensive safeguards on its nuclear programme. However, the normative aspects of India’s challenge to the NPR remains relatively less discussed in understanding the former’s role as a deviant (and currently as an exceptional) nuclear state in international politics.

The first instance of this is the post-decision phase of then-Indian Prime Minister, Indira Gandhi’s refusal to sign the nuclear non-proliferation treaty (NPT) in 1968. Indira argued that the NPT fosters a system of global hierarchy in creating nuclear weapons states (NWS) and non-nuclear weapons states (NNWS). As the capability of mass destruction signified global status, power and prestige in the international system, NWS were automatically deemed superior to the NNWS.

Therefore, the prospect of “nuclear democracy” wherein all states would be allowed to make sovereign decisions on acquiring weapons grade nuclear capability in order to manage its own heuristic security concerns only remained utopian. Nonetheless, India became a democratic participant towards this cause. It has therefore historically addressed, drawn to attention and even underlined how the NPR advances its own realist agendas by creating NNWS in the international system.

By positioning an aspirational world view in front of the NPR, India often acted as an agent of active democratic signalling ― in conveying to the NPR that the NPT which perpetuates discrimination in nuclear governance will not be accepted without opposition.

While there remain several instances of this since the Nehruvian period, the most prominent one is then-Indian Prime Minister Rajiv Gandhi suggesting a comprehensive plan to the United Nations that required all the NWS to multi-laterally disarm. This was an attempt in 1988 to create nuclear equity in making the nuclear regime completely eliminate their nuclear arsenals, move towards a world free from nuclear weapons and abolish the system of global hierarchy. Gandhi’s first specific time-bound global disarmament proposal remained in contrary to an unguaranteed promise enshrined in the NPT on NWS eliminating their nuclear arsenal in the near future. His “Action Plan” spanned over 22 years with the target year of complete disarmament being achieved in 2010.

Another key aspect of India’s normative democratic crusade against the NPT and NPR that is often overlooked is its relentlessness and self-instilled integrity in pursuing this cause. As several scholars have pointed out, India’s world view was shaped by an aversion to the immoral aspects of colonialism. However, there remain various instances where the United States ― as part of the NPR ― often tried to enforce a problematic idea of global positionality on India i.e. who has the right to exercise the power of judgements over whom.

For example, when India faced its worst food crisis in the mid-1960s, the US Johnson administration used this opportunity of releasing economic aid in order to coerce India in changing its world view. The more famous instances include the Nixon and the Clinton administration sanctioning India ― post Pokhran I and Pokhran II ― and resorting to a verbal shaming of India’s deviant nuclear behaviour, respectively.

Yet, it is indeed well known that all these steps failed to deter India in remaining committed in continuously posing obstacles to the NPR ― by its principled refusal to mainstream its nuclear behaviour. However, this also highlights an important constructivist characteristic of an international society being socially constituted through mutual interactions. Like a protesting citizen who shows hyper sensitivity and awareness of a socio-politically unjust system, a self-righteous India sought to cause considerable stir in shaking up the international nuclear order and the purported codes of nuclear governance.

Post the 123 Agreement with the United States, there has been a raging debate in academia and as well as in policy discourse as to whether the United States (along with the NPR) was successful in finally mainstreaming India’s nuclear behaviour. Alternatively, it can be argued that we have in fact seen a gradual disintegration of India’s democratic role in advocating nuclear equality as it has regularly sided with the NPR in condemning the North Korean and the Iranian nuclear programme.

In spite of these recent developments, it still remains ambiguous to say as to whether India has completely foregone its former position of strength. As recent as 2017, Amandeep Singh Gill ― India’s Permanent Representative to the United Nations Conference on Disarmament ―  reiterated India’s age old position of staying outside the NPT. Nonetheless, it remains safe to assume that India’s hyper awareness of a flawed NPR and an international citizen partaking in the role of a nuclear crusade ― though still burning ― has been symbolically reduced to the last embers of a once burning forest fire.

* Aniruddha Saha read for an International Relations MA at the Department of War Studies, King’s College London as a Sir Evelyn de Rothschild and Dr. Duncan Anderson scholar and attained a ‘Distinction’ grade. He has also worked with Observer Research Foundation (ORF), Centre for Studies in International Relations and Development (CSIRD) and the Indian Ministry of External Affairs. Currently, Aniruddha is a doctoral student at King’s College London. Aniruddha’s PhD research looks at India-US nuclear relations using a constructivist perspective and is currently being funded by a King’s International Postgraduate Research scholarship. He has also recently published with Strategic Analysis and OpenDemocracy.