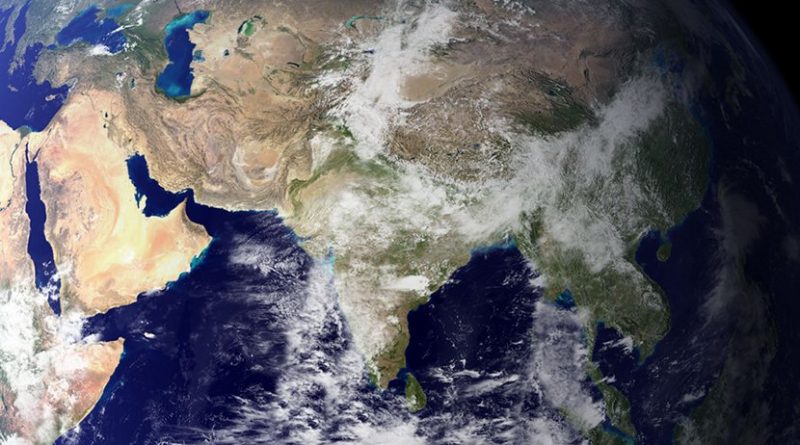 Geopolitical trends of the last two decades show that pivotal states in Eurasia are working to recreate their zones of influence. In so doing, they are challenging the US, which implies a corresponding challenge to the existing world order. Though Washington will be able to limit some powers’ ambitions, it has few tools with which to hamper the ambitions of Russia, China, and Iran.

The end of the Cold War brought hope to the West that the world had evolved past the concept of spheres of influence. No longer, it was thought, would large Eurasian states strive to carve out territories for the expansion of their own geopolitical influence. But spheres of influence are a tenacious concept. They have been pursued throughout history and are likely to return in the coming decades.

One geopolitical constant is that the emergence of spheres of influence coincides with the pursuit by a rising or re-emerging power of higher status in international affairs. This usually takes the form of a power trying to attain a certain level of influence over neighboring states or far-flung territories.

Several large Eurasian states are aspiring toward a bigger geopolitical influence over the super-continent. China, for example, strives to attain undisputed control over the islands in the Asia-Pacific and its neighbors in Southeast Asia. And through the Belt and Road Initiative (BRI), it plans to extend its influence well beyond its immediate neighborhood into what Beijing calls “West Asia,” otherwise known as the Middle East.

India, which fears China’s rising power in Asia, is also pursuing an exclusive sphere of influence in south and Southeast Asia. India’s geographic location and economic and military might give it a pivotal role in the region and position New Delhi as key to the Indo-Pacific strategy—the rival concept to the BRI.

Further east, Iran, though smaller in size and in economic and military power, is energetically pursuing its agenda of expanding its geopolitical influence even as it is buffeted by sanctions and other trials. Though hard-pressed by the West (particularly the US), the Tehran regime has neither desisted from its hegemonic regional drive, whether directly or via its vast network of proxy Shiite militias, nor abandoned the hope of spreading its Islamist message as far and wide as possible.

To the west of Iran is Turkey, which has been heavily involved in both Syria and northern Iraq. These activities have raised fears in the West that Ankara aims to create its own sphere of influence along its southern and southeastern borders. However, it can be argued that of all the Eurasian contenders, Turkey is perhaps the least likely to achieve this goal, and doing so might not even be Ankara’s intention. There have been instances when the West ascribed unrealistic geopolitical ambitions to the Turkish leadership.

Then comes Russia, which in the past two decades has been working to extend its influence in Eurasia, primarily across the former Soviet space. These areas are considered by Moscow to be its rightful and exclusive sphere of influence. The creation of the Eurasian Economic Union (EEU) and the Collective Security Treaty organization (CSTO) reflects Russia’s geopolitical aim to encompass its territory with closely linked military and economic allies.

These pivotal Eurasian states all have one thing in common. Their increasing geopolitical activity over the past two decades was the result of either an alternating magnitude of crises along their respective frontiers or a longing for their never-to-be-forgotten imperial grandeur.

Let us again take the example of Turkey. That country borders on five geographic regions with varying geopolitical importance: the Black Sea, the Balkans, the Mediterranean, the South Caucasus, and Syria-Iraq. What these regions have in common is crises of different levels that directly affect Turkey’s borders. It is this matter of simple geography, not an overblown imperial agenda (as many think), that has conditioned Ankara’s active foreign policy in the Middle East from at least the early 2010s.

Then comes Iran. That country’s aggressive foreign policy reflects the changing geopolitical situation along its borders, which allows it to undermine the US military presence in Afghanistan and Iraq by carrying out clandestine operations against American forces and assets.

Similar arguments apply to India, Russia, and China. All three respond to varying uncertainties along their borders while simultaneously building their foreign policy ambitions around a yearning for past grandeur.

As noted, the pursuit of spheres of influence has been a factor throughout recorded history. Another interesting factor is geography. As the above-mentioned Eurasian states are mostly continental powers (either deep inland or partially bordering on seas), there is a constant fear among their political elites of land invasion, a cutting of trade routes, and spillover from border territories.

Geography largely explains why the notion of pursuit of spheres of influence can never be excised from geopolitics. Geography is also at the heart of the perpetual conflict between land and maritime powers and largely explains why the sea powers (Great Britain in its heyday; the US today) have always worked to limit the creation of spheres of influence.

Over the past 100 years, Washington has fought consistently against the creation of spheres of influence in Eurasia. This does not mean it has always been successful. During the Cold War era, for example, the US stood back from rebellions in Hungary (1956) and Czechoslovakia (1968). A similar aloofness was visible in 2008 when Russia invaded Georgia and in 2014 during the Ukraine crisis and Moscow’s military moves in Crimea.

The US has always been burdened to navigate between hard geopolitical reality on the ground and exceptionalism in its foreign policy. “Realpolitik,” though much despised by the American political establishment, tends to prevail. In the coming decade, as it faces Eurasian states that are actively trying to carve out of spheres of influence, the US will have to adjust to changing circumstances on the ground.

Though tensions in Eurasia are likely to rise further, Washington still possesses several foreign policy tools with which to limit the Eurasian actors’ expansion of their spheres of influence. A primary ally could be India, which fears China’s efforts to increase its influence in Pakistan as well as extend its military power into the Indian Ocean. For New Delhi, which is bordered from the north and northwest by an unstable Middle East and an economically poor Central Asia, the rich Southeast Asian region and consequent competition with Beijing represents the most probable foreign policy priority in the next few decades. US foreign policy decision-makers should be able to use India’s resistance to China to keep Beijing’s ambitious BRI in check.

Another possibility is for the US to build closer relations with Turkey by using Ankara’s uncomfortable relations with Moscow over its military activities in Syria and support for Bashar Assad. Considering the divergence of Turkey’s and Russia’s interests on a number of issues (apart from Syria), such as Moscow’s militarization of the Black Sea, territorial conflicts in the South Caucasus, and politics in the Balkans, Ankara needs American support.

In contrast to Turkey, the US has few foreign policy tools with which to limit the ambitions of China, Russia, and Iran. All three are motivated to limit US influence in Eurasia, which occasionally drives them closer. But the three pivotal Eurasian states also share wide-ranging differences that are bound to reappear once the US ceases to be a priority in their foreign policy.

The Eurasian continent of the 2020s will be a space of re-emerging or newly emerging powers either pursuing grand historical ideas or simply responding to crises along their borders. Washington will have to adjust to a certain level of emerging spheres of influence, exacerbating the troublesome debate so characteristic of US foreign policy decision making: American exceptionalism and denial of spheres of influence as a remnant of 19th-early 20th century imperial politics poised against unescapable “realpolitik.”

This article was also published at BESA