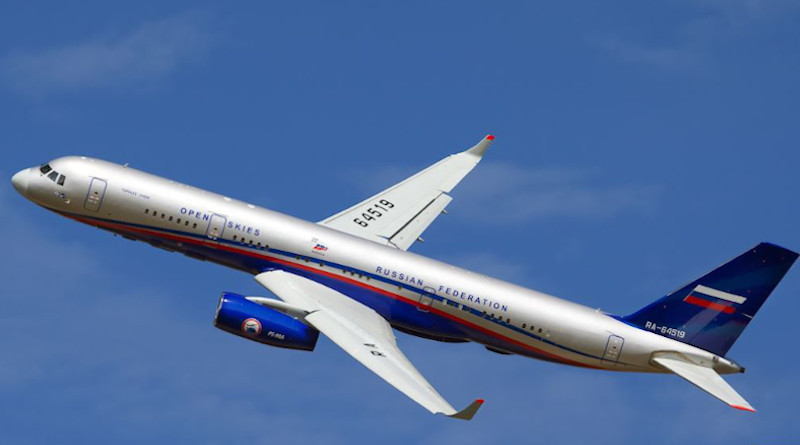 (RFE/RL) — The United States on May 22 will notify the signatories of the Open Skies treaty that it intends to withdraw from the pact because of violations by Russia.

Washington will provide notification to the other 34 signatories to the accord that it will withdraw in six months but may reconsider “should Russia return to full compliance with the Treaty,” U.S. Secretary of State Mike Pompeo said in a statement.

U.S. President Donald Trump said there was a “very good chance we’ll make a new agreement or do something to put that agreement back together.”

He told reporters on May 21 that he thinks the United States and Russia have a very good relationship, “but Russia didn’t adhere to the treaty. So, until they adhere we will pull out.”

Russian Deputy Foreign Minister Aleksandr Grushko said the U.S. departure from the treaty would be a “blow” to European security.

Trump was trying to justify the exit from a “fundamental treaty” via “technical issues” that should be resolved within the treaty, Grushko said.

Explainer: Why Are Russian Spy Planes In The Sky Over Washington?

The 18-year-old treaty aims to increase international stability by allowing signatory nations to conduct surveillance flights over one another’s territories to observe military installations and other objects.

Pompeo said examples of Russia’s violations include the denial of access to observation flights within a 10-kilometer corridor along Russia’s border with Georgia’s regions of Abkhazia and South Ossetia.

Russia has also placed a restriction on flight distance over Kaliningrad, “despite the fact that this enclave has become the location of a significant military build-up that Russian officials have suggested includes short-range nuclear-tipped missiles targeting NATO,” Pompeo said.

The United States also rejects Russia’s designation of an Open Skies refueling airfield in Crimea, Ukraine as another attempt to advance its claim of the peninsula, he said.

He said the United States and its partners that signed the treaty have lived up to their commitments and obligations, but Russia “has flagrantly and continuously” violated it in various ways for years.

The withdrawal is the latest move by Trump to unilaterally pull the United States from a major global treaty. Last year Washington withdrew from the Intermediate-range Nuclear Forces Treaty with Russia.

The exit is likely to strain relations with Moscow and upset European allies and some members of the U.S. Congress.

The concept of allowing Russia and the United States to conduct aerial reconnaissance flights over each other’s territory was first put forward by President Dwight Eisenhower in July 1955. But the Soviet Union balked at the idea.

There was no movement toward a treaty until 1989 when President George H.W. Bush breathed new life into it. It still took until January 2002 before the treaty entered into effect.

Home » US To Exit Open Skies Treaty Over Russian Violations