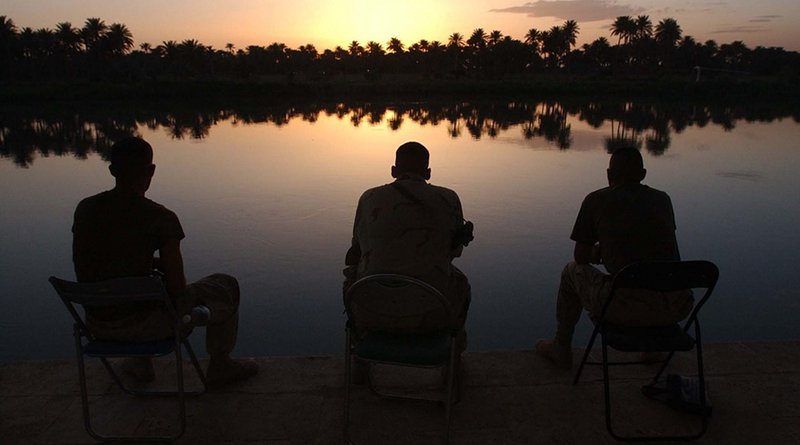 The Euphrates River in Iraq

Throughout the last decade, policymakers and the world community have been outlining the importance of the UN Sustainable Development Goals’ diligent implementation and their embedding in one’s national development strategy.

Member-states have taken on a range of commitments such as to increase the share of renewable energy in the global mix and to ensure universal access to water. This new agenda outlines the fundamental global transformation principle which many national economies depend on while pursuing prosperity and striving for resources self-sufficiency.

In 2020 countries were exposed to detrimental economic effects followed by the global pandemic being a challenge for effective leadership. Political agenda is altered in the wake of coping with sanitary crises and redirecting institutional efforts in order to support healthcare facilities. Post-pandemic set-up will bring key issues of foreign policies back to consideration and offer new strategies for managing trans-boundary water disputes.

Water Is Fraught with Risks

The shift from conventional to renewable sources implies hydropower is one of the most accessible and widely spread technology among solar, wind, geothermal and other types that are intermittent in its nature, thus, not continuously available for conversion. The efficiency factor is much higher in terms of waterpower and hits 90% in contrast to 20-40% attributed to wind and solar potential.

Notably, the hydroelectricity generation process allows us to accumulate and store comprehensive power reserves in conjunction with the miscellaneous advantages of relying on the rivers’ power potential. The increasing importance of water resources available to the state brings about more acute competition for trans-boundary rivers while fulfilling the SDGs commitments and improving the quality of citizens’ livelihood.

Risks for river-border countries may be encrypted in two scenarios: firstly, some rivers are the borders between nations due to the inherent landscape features, and secondly, they can flow through several sovereign territories.

In the Middle East, the problem of water sharing comprises disagreements between Turkey, Iraq, Iran, and Syria on the issue of the Tigris river. In Africa, Grand Ethiopian Renaissance Dam on the Blue Nile river, Addis Ababa’s mega-project, has been the subject of regional tension between Ethiopia, Sudan, and Egypt and raises ongoing concerns of stakeholders.

In turn, the adequate hydro resources usage in Central Asia is a controversial matter between Kazakhstan and China with regards to trans-boundary rivers flowing through the Xinjiang Uyghur Autonomous Region.

Notably, rather arid geographical areas including the South Asian region are thought to require cohesive efforts within the governmental policies while assuring water security for local communities. Economical reasoning behind modern cross-border disputes related to shared water resources is heavily affected by the strive to alter the energy mix in order to ensure additional capacities for ever-growing industry needs.

Rise of demand for freshwater will potentially increase competition for the resources of the Brahmaputra river (known as Yarlung Zangbo in China), originating in southwestern China and flowing through Tibet Autonomous Region (TAR), Bangladesh and Indian state Arunachal Pradesh. The river is 2,880 kilometers in length, 56% of which lies in the Tibetan plateau, 31% runs in India and 13% goes over Bangladesh.

Beijing pursues the strategy of social and economic development of TAR which is perceived as a partially deserted area with a constant need for considerable irrigation projects. Water dams are being constructed in the region following the launch of new uplift programs and initiatives that threaten downstream land and can provoke unexpected water level rise and decline along with floods or reduced flow.

Moreover, insufficient sediment flux is capable to decrease fertility and cause agrarian misbalance within soils and bottoms crucial for ensuring food sustainability downstream. China and India signed a bilateral agreement on annual hydrological data exchange from May to October due to the flooding risks which have not been unquestioningly observed by Beijing following the 2017 delay and restart in 2018. In spite of the fact that parties demonstrate a positive attitude towards cooperation, no trilateral pact has been agreed on or accepted by China.

Although the West route of China’s South-North Water Transfer Project which implies water diversion from Brahmaputra basin to Xinjiang is far from the completion phase, Bangladesh and India, known for high human density and large population, express concerns about shortages related to non-controllable exploitation attributed to the northern counterpart.

Dams already built by the PRC divert significant volumes of the gutter to their own storage facilities with the intention to provide energy security and stimulate the development of politically unstable Tibet, serving China’s strategic interests. In addition, excessive hydro-capacities are transferred from rather moderate in consumption TAR to big coastal cities «starving» for power to cater to the industry and population.

Beijing also has not ratified the UN Convention on the Law of the Non-Navigational Use of International Rivers (1997). Rejecting the document, PRC adheres to the position of territorial sovereignty over domestic sections of international waters which includes the right to take water management decisions independently.

The Chinese government is not inclined to commit to trilateral trans-boundary rivers agreement and to impose restrictions on hydro-technical activities through legal regulations. Growing water pressure produces an impact on bilateral Sino-Indian relations and impedes progress made towards the regulation of border disputes as well as puts a strain on the regional geopolitical balance by fostering competitive advantage of China.

The Brunt of Dispute

Ensuring integrated management and cross-border cooperation in order to switch to an alternative model of energy production and consumption is an integral part of an effective green development strategy in accordance with the UN SDGs.

On the one hand, an attempt to switch to less polluting hydropower will amplify political contradictions between involved nations. An obstacle to resolve water sharing issues for one’s domestic energy, production, and consumer needs will be the reluctance of neighboring countries to consider and commit to other state’s economic interests and to holistically assess the consequences of their own national development strategy impacting border nations.

However, the urgent need for a political consensus inevitably pushes states towards closer interaction as in the Brahmaputra case. Occurring floods in India and Bangladesh revealed the inevitability of inter-state engagement and hydrological data sharing in trans-boundary water politics. Mutual understanding is a long-standing ultimate target of the diplomatic efforts of Delhi and Dhaka to cope with the problem of cross-border water resources that are indispensable while pursuing national sustainable development strategies.