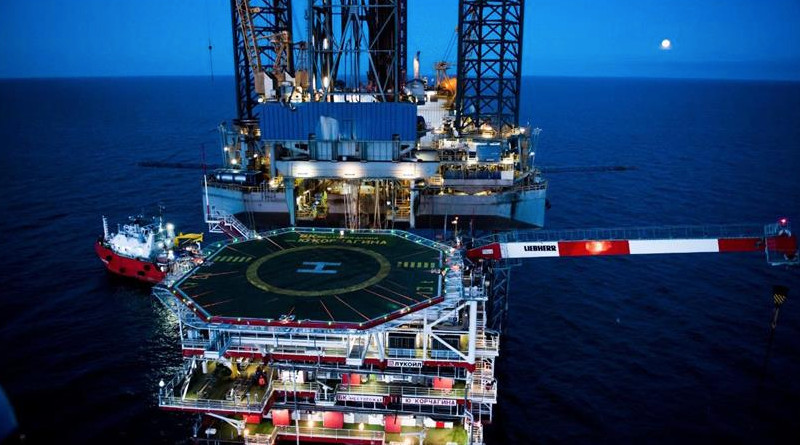 LUKOIL said Monday it has started drilling of an exploration well at the Shirotno-Rakushechnaya prospect structure, located to the north of the V.I. Grayfer field. As the sea at the point of well is 4.5 meters deep, the well with the target depth of 1 650 meters is drilled from jack-up floating rig Astra, designed for shallow waters.

The company has also begun to study Khazri and Titonskaya features of a new block in the south of the same sea area within the East Sulaksky bank, and is currently drilling the second well to the target depth of 5.2 thousand meters. The sea is 45 meters deep at the point of well.

Drilled at Khazri feature from jack-up floating rig Neptune, the well will deliver data on oil and gas content and explore for oil and gas deposits in terrigenous and carbonate sediments of the Jurassic-Cretaceous period.

As part of its drilling campaign for Caspian fields, LUKOIL is constructing the sixth well at riser block platform at the Yury Korchagin field. The length of the borehole of this horizontally directed producing well with MultiNode intelligent completion system, used for the first time at Caspian projects, is 5 164.79 meters.

The drilling is performed from jack-up floating rig Mercury. The well’s daily target production rate of 348 metric tons will allow to stabilize the field’s production.