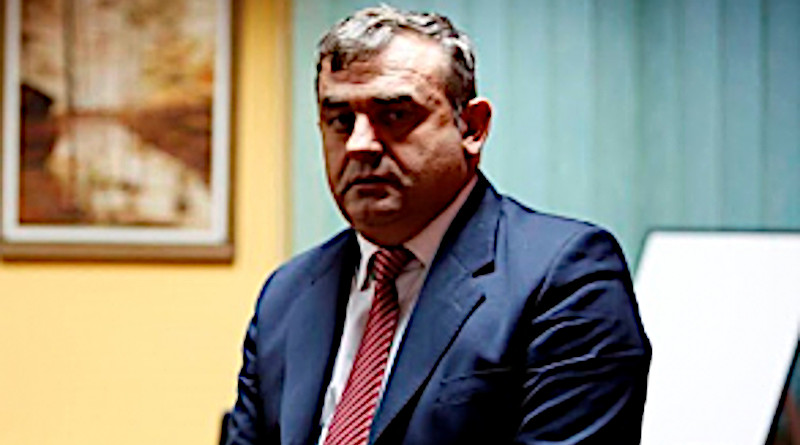 When writing about poetry and Kosovo’s poet Lulzim Tafa, one of the most special and unique poets I have read in recent years, I feel the highest spiritual values ​​of the verse with deep experiences within the lyrical subject. Unconditioned by external reflections he has filled the poetic surface with his voice and psyche. The poet’s inner human space, in addition to lyricism, also announces a layer of irony and a propensity of revolt, where the complete element of the poetic object is shaped.

Under the influence of his own unique style, unrepeatable, every word that comes in Tafa’s verse reveals the deep drama of the Albanian world found in a poet’s inner landscape, who wears a suit of the poetic self by embracing a rhythm of poetic subjects. It is not surprising that after reading over 100 poems of Lulzim Tafa, you are doomed to “dig” deep in order to discover even a “tired” verse, because each poem has its substantial rise, with artistic roots and high aesthetic values.

On the other hand, you should think that Tafa’s poetry is not welcomed in vain inside the universal space by the wider readership.  No one can be surprised that this poet happens to appear as an “astronomer” of the literary planet holding a pencil in his hands, not to discover new planets, but to ascend freedom as high as possible, where the flights and dreams of the poet begin.

Here is the verse in the poem: “You slept under the moon”: You slept under the shadow of the moon / I will come to your dream / From the black dream. At the end, the poet descends to earth. The dream is dressed in metaphors. The dream becomes earthly. Do not cry for me, little one. His line is always on the move. The poet does not keep a diary.

He already flies in the middle of the universe and turns into magic his poetry. The semantics contains a lexicon of selected, almost perfect words that usually originate from his art of the soul, because that is the poet’s vast freedom. Through a figurative and poetic language, imagination and mastery, the author brings the perfect genre of poetry to a comprehensive dimension.

Poetic motifs along with thematic intentions often move from the past to the present. The magical creator displays the feeling of experience over the feelings of the verse, they mark every aesthetic value when they discover the code of artistic creation, where the future moves. Let’s look at the poem: “Tomorrow.” It gives me eyes to see the sun / How the stars fall / The sky falls / We will sit down again Teuta / Let’s share the dreams of last night /.

With short verses in a great creative world; let’s read his poem: “The Daughter of Dukagjini” You are beautiful / You are more beautiful than the girl of fairy tales / You are a crystal / You have crystal eyes / The filigree bags in the rings /. Here is how the poetic moment turns into a magical moment, a lyrical feeling, an artistic creation of appealing value.

In all the verses of Lulzim Tafa; the author’s feelings appear as the feelings of the verse. He discovers the code of artistic creation when the imaginary subject becomes a communication tool with reality and merges into the state of mind during a constant authentic narration.

Then the poet’s verse entrusts the truth proving that a verse is really stripped of the melancholic dreams of the past. His poetry liberates the verses that make up memory, leaving free speech, not only for human humanism. The tragic element of war often turns into an element of peace. Only a leader can turn war into peace through the glorious form of freedom. He uses the symbol, comparison, antithesis, paradox, etc., to achieve through literary figures to evoke poetry in its interior by conveying it in a poetic language to the reader.

I want to read his poem: “Norma” Whoever kills an enemy in war / has the right / to kill / ten Albanians / in peace / Peace is this / God willing /, or the poem: “Bridge”. Only with a strong breath / bound to the heart / free pass / God speaks to you / and the white angel holds you / by the hand /.

The poet has shared all his external experiences by freeing every word from his sad psyche. The dream becomes a mess. The poet no longer holds anything within himself. Just pray that the verses become the purpose for freedom. And freedom is the word, the verse, and the language of the magical creator. There is no way it can happen otherwise.

Tafa places his verses in the memory of every lyrical subject, that is, the artistic truth. Inside Lulzim Tafa’s poetry there are verses that bring messages about life and love, which have power, strength, and undoubtedly through meditation – in time – bring the glory of poetry. The signs of his verses are also visible when they appear beyond time and space in a perpetual communication, where in addition to his spiritual concern the author also brings the inevitable approach of the tangible human verse.

In his artistic universe, the poet plants the verses in the context of Albanian life, guided by the life destiny of his people, creating metaphors while conceiving them, as a devotion to art.

It is quite impossible to find verses “tired” in the extensive volumes of poetry of this brilliant author, whose lyrical experiences have undoubtedly been attached in time to the Pantheon of Albanian and universal literature. Translated into many languages of the world and awarded several prizes, he represented himself when he writes the poem: “You seek yourself” I went out today / I begged myself / I look at the sun / I am on the ground / I went out today to beg. Lulzim Tafa’s poetry already inspires the reader with his verses. This is also the obvious truth of the world of poetry and artistic truth that genuine poets with their artistic mastery and poetic language have made it part of literature, as individualities of human spirituality.

This review was translated from Albanian language by: Peter M. Tase