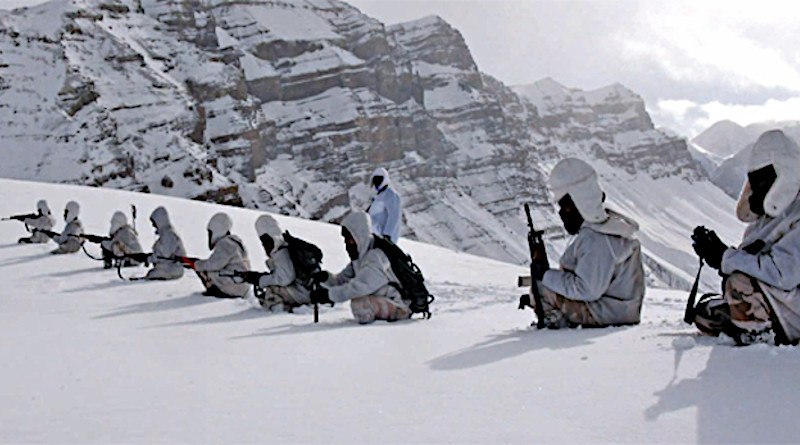 Rising nationalism and fortifications along the disputed China-India border make deadly clashes inevitable, and both sides should strive for border agreement.

Since the start of May, Indian and Chinese forces have been squaring off in the tough terrain of the Line of Actual Control, the undemarcated border known as LAC – more than 3,000 kilometers for India and 2,000 for China. Reflecting heightened nationalism from both Asian powers, the conflict took a dramatic turn on June 16 when clashes in Ladakh led to the deaths of at least 20 Indian troops and an unconfirmed number of Chinese troops. The confrontation emerges as the biggest and most serious border crisis since the 73-day Doklam standoff in 2017 when Indian soldiers detected construction activity on what is considered disputed territory on the Doklam Plateau and had to cross into Bhutan to restore status quo ante.

What has become a routine activity in recent has taken on a grave dimension as the two sides quickly ramp up their numbers and fortifications in the Galwan Valley. Even as both sides continue attempts to resolve the problem at the military and diplomatic levels, Indian and Chinese troops have remained engaged in a bitter standoff in a number of sectors along the LAC in the high-altitude region of eastern Ladakh for more than a month. After initially downplaying the border incidents, Indian Defense Minister Rajnath Singh acknowledged in May that a “sizeable number” of Chinese troops have moved into areas in eastern Ladakh, which China claims as its territory, underlining that India has taken necessary steps to handle the situation.

In early May, soldiers from the two sides engaged in a violent faceoff in Pangong Tso before agreeing to disengage. A few days later there were skirmishes at Naku La in north Sikkim. Even as these subdued, New Delhi found that China had ramped up its troop deployment as well as construction activity close to the perception line in the Pangong Tso area, historically contested by India. The Indian Army responded by shoring up its own presence in areas where Chinese assertiveness was growing. And in the Galwan Valley area of Ladakh, the two sides engaged in direct hand-to-hand combat, resulting in casualties on both sides.

The present Sino-Indian crisis can of course be examined through the prism of local factors. Both sides are building infrastructure on their side of the LAC. India’s move to build roads around the Pangong Tso as well as one connecting the Darbuk-Shayok-Daulat Beg Oldie road in Galwan Valley seems to be the immediate cause of Chinese bellicosity.

While India traditionally reacted to Chinese attempts to change the status quo on the border, this time China sought to prevent consolidation of border area infrastructure in Ladakh. The challenge for China has become more potent after India’s 2019 decision to reorganize its erstwhile state of Jammu and Kashmir with the abrogation of Article 370 and the bifurcation of Ladakh from Jammu and Kashmir. Despite New Delhi’s clarification that its LAC with China would not change as a result, Beijing raised the matter at the UN Security Council, deeming it “unacceptable.” Ladakh has emerged as a new frontier for China as it might view the possibility of India raking up its claims on the Chinese-occupied 37,000-square-kilometer Aksai Chin plateau. India’s contention that Ladakh’s administrative region is an internal matter with no implications for the LAC – an argument frequently used by China about its domestic affairs – has not convinced Beijing.

For China, it is important to preempt India’s attempt at infrastructure consolidation in areas near the LAC in Ladakh and the Line of Control in both Ladakh and Jammu and Kashmir. Either might give India a military edge, one China would find difficult to tackle. India’s development in the region also challenges China’s Belt and Road Initiative with the China-Pakistan Economic Corridor being its critical node. For India, activity in this area is an attempt to consolidate its historically frayed periphery; for China, such activity is an attempt to alter the status quo with which Beijing seems comfortable.

Changing realities in the region will influence the trajectory of Sino-Indian ties, yet what cannot be ignored is that this crisis unfolds as China is aggressive on multiple fronts. From South China Sea to Taiwan, from Hong Kong to the trade conflict with the United States, Chinese foreign policy has become increasingly pugnacious. This is age of Chinese “wolf warriors.” Domestic tensions and divergences are mounting for the Communist Party of China and Chinese President Xi Jinping at a time of slowing economic growth and criticism abut the handling of coronavirus pandemic. Use of the military to generate a sense of nationalism, so as to divert attention from internal problems, is a standard technique used by authoritarian states. Chinese leaders might also feel that this is the right time to push for geopolitical gains as the rest of the world grapples with the Covid-19 pandemic even as China itself seems to be bouncing back.

Meanwhile, India is becoming more vocal in signaling displeasure with Beijing. Its ties with the United States have evolved rapidly even under a mercurial Trump presidency. New Delhi actively seeks to reshape the geopolitics of the Indo-Pacific by building robust partnerships with likeminded countries like Australia, Japan, Indonesia, Vietnam, France and the United Kingdom. New Delhi has challenged Beijing on a number of fronts in recent months – it has tightened its foreign direct investment laws, supported the group of nations that have called for an independent inquiry into the origins of the coronavirus, and two Indian MPs virtually attended the swearing-in ceremony of Taiwan President Tsai Ing-wen. China’s attempt to create border tensions at this point can also be linked to its attempt to gain leverage vis-à-vis India.

The United States, too, has entered the picture with the outgoing Principal Deputy Assistant Secretary of State for South and Central Asian Affairs Alice Wells suggesting, “there’s a method here to Chinese operation.” Arguing the need to resist China’s “constant aggression, the constant attempt to shift the norms, to shift what is the status quo,” she called for a strong pushback “whether it’s in the South China Sea where we’ve done a group sail with India, or whether it’s in India’s own ba­ckyard, both, on land as well as in the Indian Ocean.” President Donald Trump followed up by tweeting in late May: “we [the US] have informed both India and China that the US is ready, willing and able to mediate or arbitrate their now raging border dispute.” This was aimed at cutting China down to size, though both New Delhi and Beijing publicly made their preference for bilateral engagement clear to Washington.

As tensions have been ratcheting up, both sides blame the other for precipitating this crisis. This border standoff between two Asian giants is not the first nor will it be the last until a permanent solution to the boundary issue is found. There have been different perceptions of the border historically, but what has injected a new sense of turbulence is the structural reality of a rising China and an equally adamant India intent on standing up for its red-lines. Both nations and the world at large should brace for greater turbulence between these two Asian powers.

* Harsh V Pant is director of the Studies at Observer Research Foundation, New Delhi, and professor of international relations at King’s College London.

Home » Turbulence In The Himalayas – Analysis