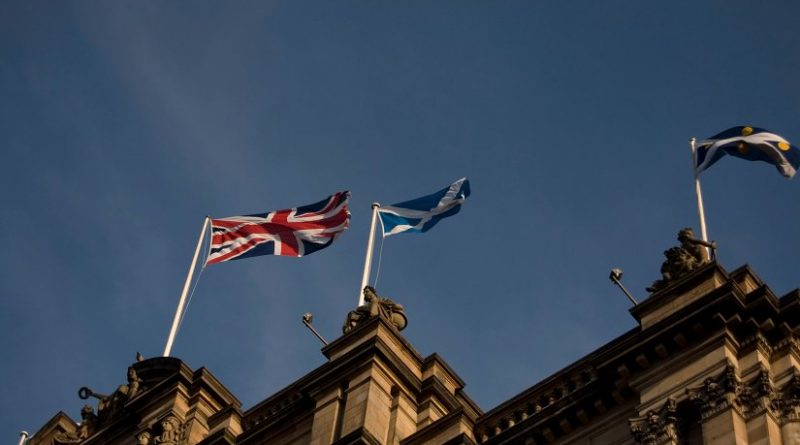 The United Kingdom, with its polished crown and antique buildings named after great noblemen, now stands in the shadow of shame as scandalous conspiracies come to light.

And only if it had cleaned out its closet a bit sooner, we would not be tripping on its skeletons.

No more can sirs and saints conjure up any invisible cloaks on the embarrassment the Murdoch Empire has brought to this land of Britannia, scratching away the dignity and pride of the British monarchy — if it had any left.

The idea of retrieving crucial information, one that no reporter or ordinary inspector could conceive to get his hands on, was apparently the aim of the major media outlet under Murdoch’s empire, the now curtained-down News of the World.

The phone-hacking was used to violate the privacy of celebrities, threaten politicians, and tamper and cover up murder cases — such as Milly Dowler’s abduction and murder case in March of 2002, along with so many other unsolved cases. Now the scandal has been revealed, but for the police to have failed to bring a halt to this violation a long time ago when it had started is just unimaginable.

I would hate to have my mind float off to much more issues of irresponsibility from “officers of the law,” who apparently think they are above it or just not in it.

I mean, let us not forget Britain’s history and the problem it had with the black plague, the fire of London in 1666, and 7/7 bombings, but to have corrupt cops now running the town is truly a modern version of the ‘Wild Wild West’, with men dressed in black doing God knows what. A new problem added.

Who could forget in 1988, Lynette White’s cry out for help when she was stabbed 50 times?

Now, with more than two decades passing us by, it presents us with 13 officers — apparently above the law — facing trial for manipulating and fabricating the evidence of the 20-year-old’s murder case.

And what about Daniel Morgan, a private investigator close to sniffing out the truth, living a horror film after being hacked with an axe outside a pub? a mystery still unsolved thanks to corrupt cops bringing everything but justice and ethics to the crime scene.

I bet those corrupt cops were the first on the scene at Sean Hoare’s door step, maybe before he gave his life to blow a whistle still whistling the truth in the ears and hearts of the British people.

Maybe those cops went on a spring cleaning spree at his house instead of searching for clues, because apparently there seems to be no evidence linking anybody to anything. Might they have checked the wrong house?

And David Kelly only tried to warn the world from fabricated evidence of WMD on Iraq, weapons which they supplied themselves to dictator Saddam to use on the Islamic Republic of Iran. Kelly’s death, after trying to prevent the US and the UK from sucking oil and wealth out of Iraq, does not appear to be a coincidence, so who is caught red-handed? Nobody!

If we take a trip down memory lane to recall such events, who could we to truly put the finger at, politicians, journalists, or the police?

Are they at war with each other or just three different axes of evil each going in separate ways (referring to the corrupt type)?

With the phone-hacking scandal unveiled, it seems that there is certainly mystery in the air, especially with two top cops (Paul Stephenson and John Yates) already stepping down over the scandal, and with Murdoch being questioned by the parliament. Is the gang hiding something?

Even though the whole crew of corrupt cops and journalists will go down, they are still a hard nut to crack, especially when the CEO of the convicted company, Rupert Murdoch, seems to have no clue about anything, or maybe he is probably just plain dumb, thinking he is to receive a Noble Peace Prize from the parliament, as he makes an Oscar speech in front of lawmakers, saying that this is the “most humble day of my life.” Which part of that are you talking about Murdoch? The hacking part or did I miss something?

I hope he does not deploy his army (employees) to Afghanistan to steal Obama’s peace prize, too; he seems to have no control as a boss and definitely no control over himself, either.

However, Rupert Murdoch was presented with a foam-like substance by an activist in his trial for innocents. I guess the man probably did not have any time to take his shoe off to present as a gift, either; that is because Murdoch’s wife barged in with full force, cracking down on the protestor (Has she been to Bahrain or Yemen, recently?). That was a close one Rupert; but who has got your back now? The corrupt cops?

So what now? Who is heir to the throne of the world’s second-largest media conglomerate (in terms of revenue) with Rupert stripped of his CEO title?

The Murdoch family now have to go through a great deal of publicity parades to make themselves look OK again in the eyes of the people — good luck with that! — in an attempt to give James Murdoch, also accused of affiliation with the scandal, to hold the reins and the crown of the manipulating media monopoly, News Corporation.

It will take time for them to get back on track and start threatening the political arena once again. With them put aside for now, let’s see if the news still focuses on pro-Israeli policies.

I wonder what ingenious escape the British prime minister, also stuck in this mess, is devising now to avoid anything from a no-confidence vote initiated by his deputy, to no longer having the privilege of leading the people into more cutbacks and increasing prices. As Yvonne Ridley puts it, the “Hackgate can become David Cameron’s Watergate.”

Ok, we get it; these guys are preventing the revelation of the true face of the media manipulation and fabrication, and also the means of information retrieved to sell dignity and newspapers, as soon as possible. But to throw Rebekah Brooks, just an editor who followed orders, as a bait to be devoured by justice, I would like to ask, “Where did all the men go?”

Britannia herself has been invaded by men from distant lands and laws, and has adopted their traditions, but now the worst has come in which she has been forced to mistreat her own breed of Britons, facing increased tuition fees, unemployment, along with austerity measures — a yummy combination of disaster. I mean no wonder those cops (Murdoch’s liaisons) receive bribes, maybe to pay their sons’ tuition fees or maybe to escape financial debt.

Could bad leadership lead to justice handled by fraudulent men? I think so, but Murdoch still sits at the top of the pyramid, he calls the shots, the predator of the food chain, and poor puppet Gordon Brown had his turn.

Nevertheless, the UK, an onion that is continually peeled off its pride and self-esteem, seems to be stripped naked by foreign US investors and dodgy leadership till it diminishes to a banana republic.

If we could turn back the hands of time, maybe we could clean the corruption of the pyramid power.

Now, Britain is desperately in need of an army of Sherlock Holmes’ to clear up the streets and alleys of political power and persuasion and the media mafia, not to mention law enforcement liaisons.

Sherlock bring justice to those sprits still wandering in search of information shielded behind the walls of Murdoch’s empire, in order to bring peace to their souls after years of hovering in vain!

Were shall we start from, the police, the politicians, or the journalists?